Last year, Shake and HipHopDX put together a mixtape full of music from all the artists that would be attending the Paid Dues Festival. Slimm (our usual DJ) had issues and couldn’t take care of it, so I mixed the thing myself in a few hours and we got it to press. We titled it Independent As F*ck and printed up thousands of them. We passed them out at the show, put it up for free download, etc. The response was great. Now a year later and Paid Dues was in full effect once again. I didn’t get to attend because of A3C being the same weekend but it’s all good, DX was definitely a presence! We had DJ El.K mix this years tape and there’s music from all the artists that were on the bill. From Murs to Little Brother, Sage Francis to P.O.S., Boot Camp Clik, Dilated Peoples, Hieroglyphics and much more. Enjoy! 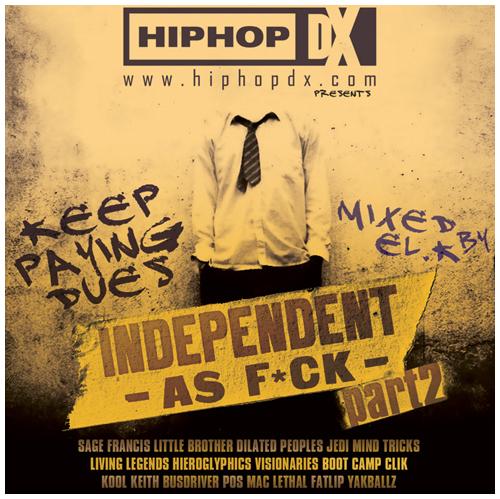 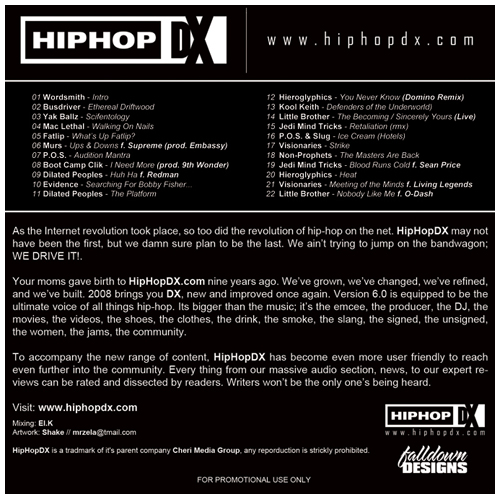