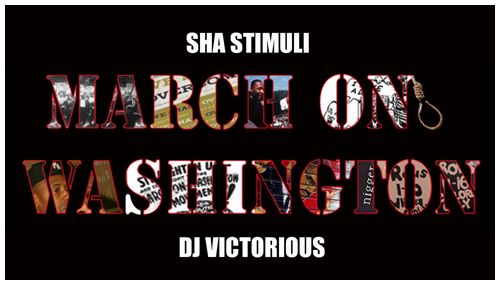 Continuing on his quest to bang out 12 mixtapes in 12 months. And no… not the Lil Wayne style where there are 8908125 mixtapes with the same music on each one. Each month my man Sha is pulling themes and running with them. This month he went the political/racial route. I dropped a joint a week or so back with Skyzoo (Black President). The previous three have been bangers and this is no different. Shout out to DJ Victorious as well, the man behind the music per se. I was bogged down with projects so I couldn’t hop on the artwork for this month but I’ll be damned if I don’t knock out each cover from now til the end. Do yourself a favor and stop sleepin on Sha if you are.