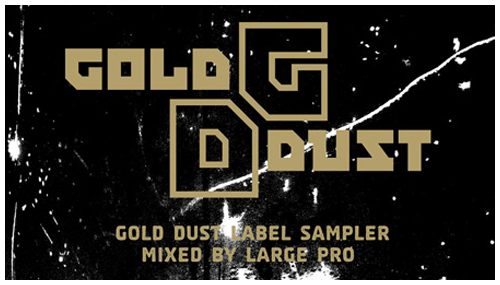 Back from the wedding. Overall it was alright. I’m glad to see that my dude is happy and all that. I hope for the best with them. Now onto some music. I wanted to put this up a last week and actually had a post created but never hit submit haha. Then I saw the homie over at RH posted it today so it was a great reminder. Gold Dust put out a sampler, mixed by Large Pro, that features new music from Zion I, People Under the Stairs, Brooklyn Academy, the Outlawz and more. A nice little introduction on what to expect from the imprint in the coming months. Now it’s off to the strip with the other dope boy. Shake & Meka in Vegas? Ahh shit!