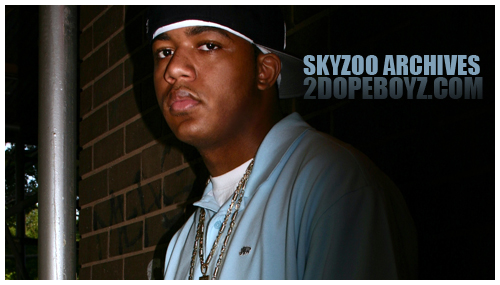 Skyzoo decided to push his Skyzoo Archives to include Wednesdays as well. So be on the lookout for rare/unreleased joints from the Brooklyn emcee every Mon x Wed x Fri up until the release of Urban American Idol (The Best Of Skyzoo). What say you Skyzoo?

I’m literaly boarding a plane right now to China to headline 2 shows (Hong Kong & Beijing), but I still wanted to get the next edition of my archives series to you. So for this 2nd installment of “Skyzoo Archives”, I figured i’d go with “I Got It Covered-2004”, produced by Kanye West. This is a joint I did back in 2004 when I was building my buzz in NYC. It’s from early in my career and one of my secret stash joints. It’s really just a lyrical workout type of joint but with some sort of a message in it about my views on the game back then. Don’t forget, the new mixtape “The Power Of Words” coming soon and then the debut album “The Salvation” right after that. “I Got It Covered-2004”, produced by Kanye West. I’ll holla from China in a few. 100…