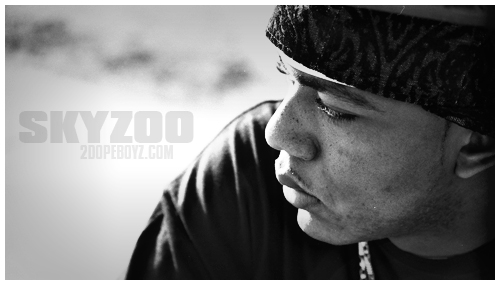 For the fifth installment of his Archives series, S-K-Y drops a double up on us. Both produced by Khrysis. Now where is another Bad Boy freestyle from Torae?

So this time, i’m giving yall a 2 for 1 bonus. The 5th installment or Skyzoo Archives is 2 joints on one day; “Rise & Shine-2005” and “Picture Perfect-2005”, both produced by Khrysis. A few weeks back I mentioned a trip that I took to NC in 2005 when I first met the the Justus League. Khrysis, 9th, Fatin and I all worked on a ton of joints together that no one’s ever heard. The 2 joints attached are from that trip. “Rise & Shine-2005” is me describing one going after their goals and the idea of drive (or lack thereof). “Picture Perfect-2005” is more story telling and painting pictures. So here they are, “Rise & Shine-2005” & “Picture Perfect-2005”, both produced by Khrysis. Check them out while I go write some more of this album. Remember, “The Salvation” is coming 4th/1st qtr. Holla – Skyzoo