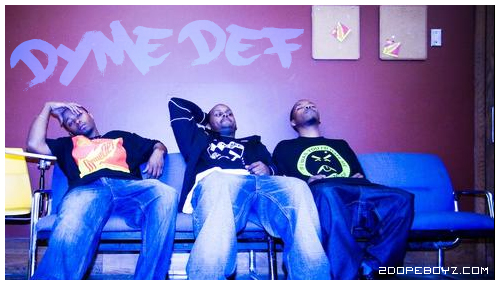 The Seattle based group is readying the release of a series of EPs, starting in 2009. Before that, they have a few cuts that didn’t make the cut which will be released as well. Here’s one of them. And just like most of the previous Dyme Def material I’ve heard, this joint goes…