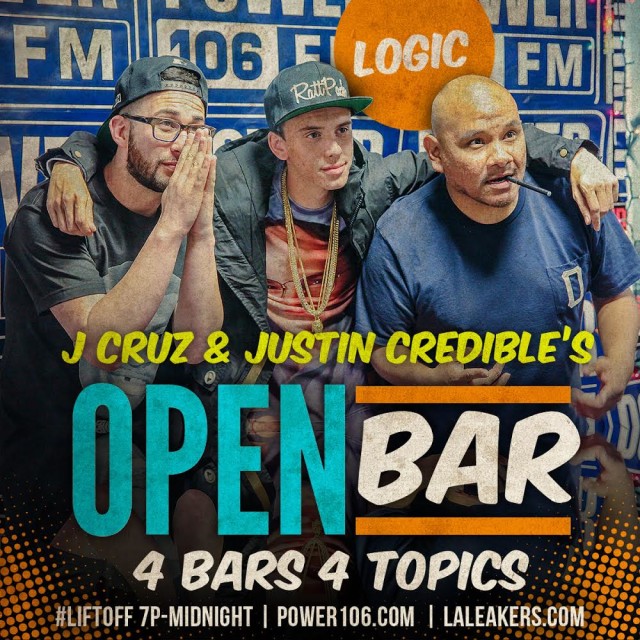 Following in the steps of Chris Brown and Big Sean, Logic is next up to take part in the L.A. Leakers‘ “Open Bar” series. A brief segment that asks the emcee to spit four bars about four random topics, listed off by J. Cruz and Justin Credible.

Press play below and hear Mr. 301 kicks some off-the-top lines about the best night of his life, Nas’ Illmatic, being bi-racial and going platinum.

And since I missed it the first time around, Logic — who’s debut album Under Pressure is available now — also took it back with a lunch table freestyle.

RELATED: Logic Breaks Down ‘Under Pressure’ with DJ Semtex