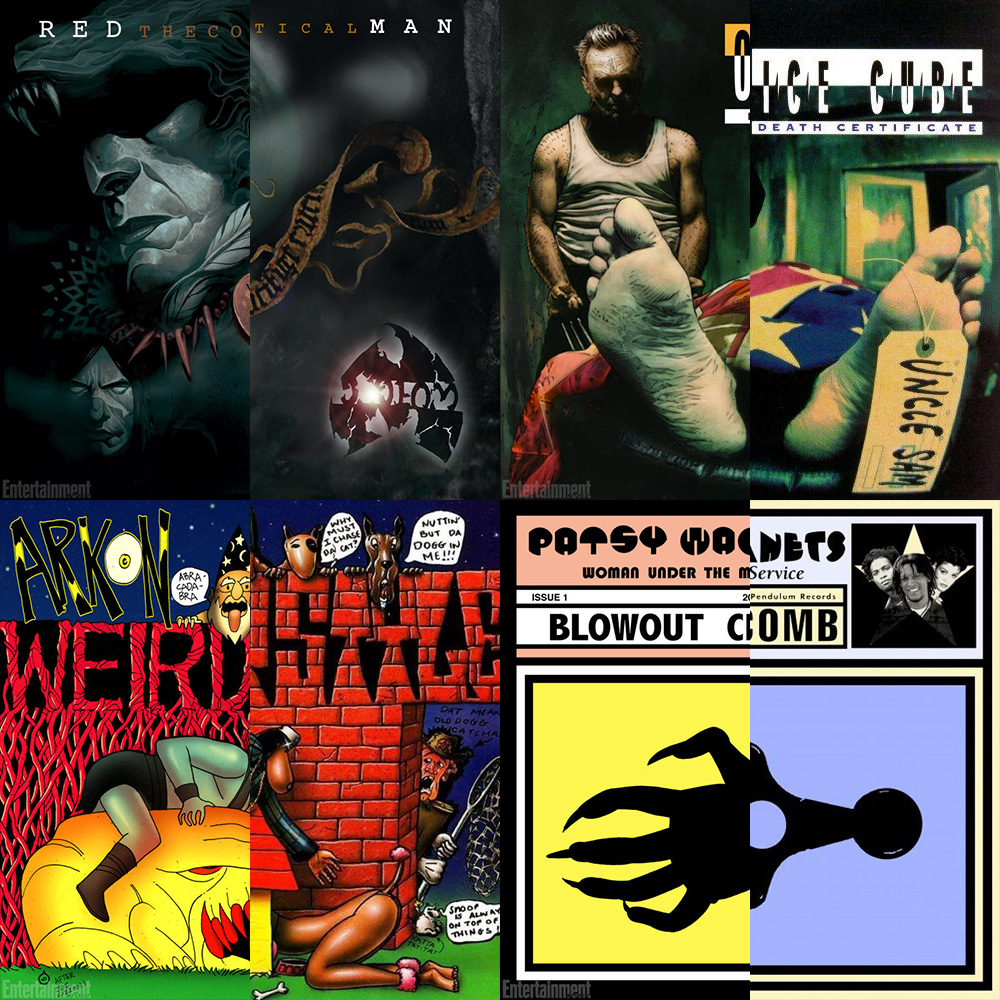 The four covers were released this past Friday, but I was flying to Pittsburgh and Southwest’s “internet” was beyond useless. In hindsight, had I known my Niners weren’t gonna bother to show up, I would’ve cancelled the flight and just stayed home myself – but I digress.

“From West Coast ‘G Thang’ to East Coast Wu — this week, we pay tribute to a wide range of musical styles and four of the most iconic album covers ever,” says Marvel Comics Editor-In-Chief, Axel Alonso. EW‘s exclusive reveal of the four new covers below. All series will be on sale later this year.“

Now, that’s what I’ve been waiting to hear! The entire collection of variants will be available for purchase this fall.