Marvel Comics has been killing the game with their Hip-Hop Variants project. Over the past couple months, their talented team of illustrators have provided some pretty epic twists on album covers from Kendrick Lamar, Ice Cube, 50 Cent, Outkast and plenty others.

The DopeHouse has been covering the series since the beginning – including an interview with Marvel’s Editor In Chief, Axel Alonso – and I’ve enjoyed pretty much every set. I also thought we had showcased every release thus far, but that’s untrue.

Turns out, VIBE premiered four covers at the end of August that we never got around to.* So, before the new set arrives tomorrow, I wanted to get these up for y’all – as animated .gifs, of course. 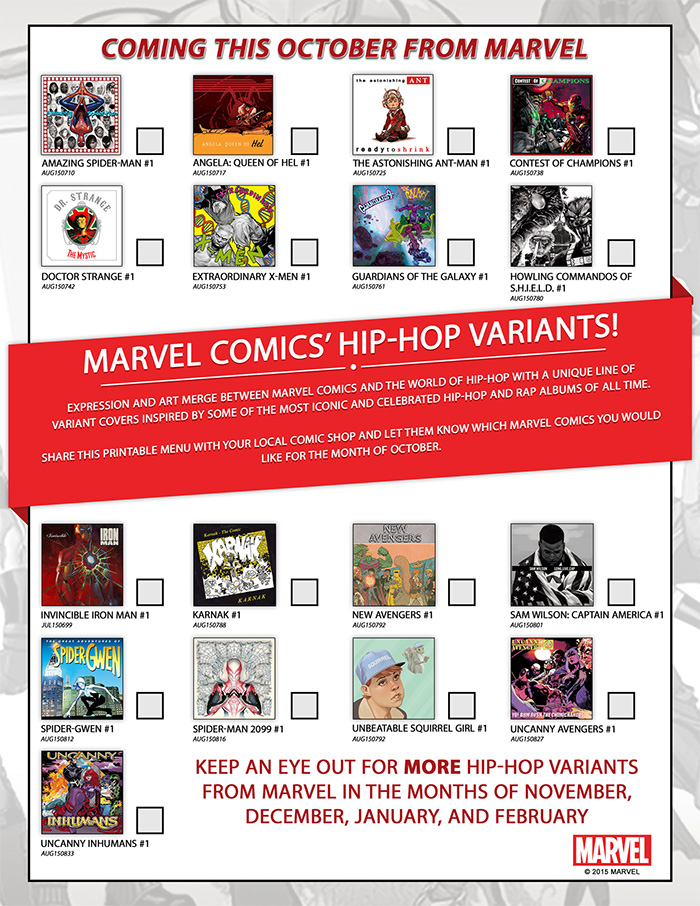 * Shouts to Aaron on the heads up! And notice how no other major site posted either? But they don’t check the DopeHouse…