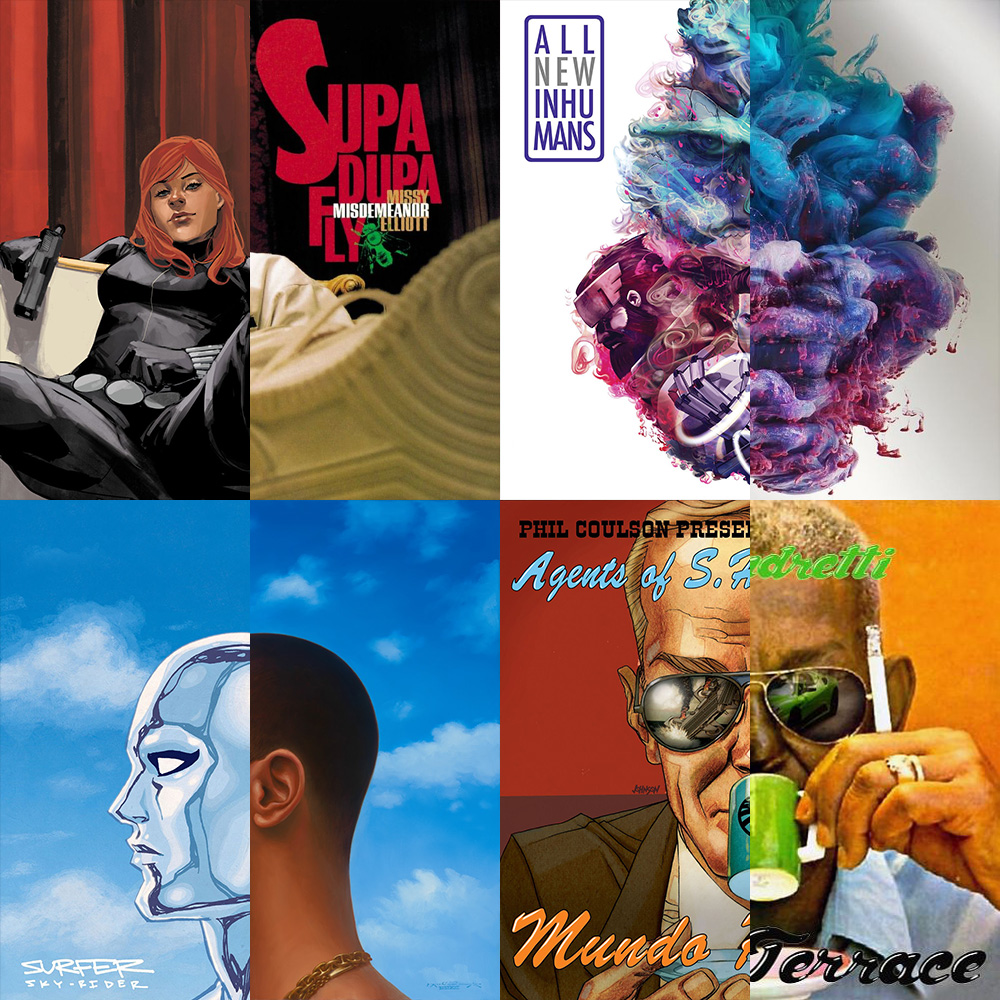 Friday’s are seriously becoming my favorite day of the week. Not because of the new music, but the fact that Marvel Comics continue to release covers from their ongoing Hip-Hop Variants project.

Yesterday, we highlighted Clipse, Redman and Geto Boys, and today, the focus is set on the What A Time To Be Alive duo, Missy Elliott, and our main man Spitta!

The good folks at MTV got the drop this week, and they sat down with Marvel’s Editor In Chief to touch on the union between comics and Hip-Hop, the project itself, and future plans. When asked how the team of illustrators decided which covers to flip, Axel Alonso had the following to say:

Well, the process changed. When we started this, we started knowing that there were going to be certain albums that you absolutely positively f–king had to do a variant to. And those covers were so iconic, and in many cases coincided with such an incredible record, that we knew we had to start there.

Those covers got priority, Nas’ Illmatic was one of those, Dr Dre’s The Chronic was another, NWA’s Straight Outta Compton was yet another. I could keep going, but we knew those were covers we were going to have to do an homage to. I was talking with a few artists, who I know to be hip-hop heads because we correspond all the time, Stanford Green, Damien Scott, and so on, about these.

So since they were involved in running discussions, they got dibs on some of the first ones right out of the gate. Sanford did 3 Feet High And Rising, the “X-Men” cover, so we started there. As we progressed, once we locked down, we just had to be centralized, we imposed on ourselves one rule… And that rule was that every recording artist would be limited to one cover.

We could have done all of the Tribe Called Quest covers, you follow me? [But] we wanted to make sure that we spanned 30 years of hip-hop, and we wanted to span all of the various genres within it. We wanted old school, new school, west coast, east coast… We wanted gangsta, we wanted trap lord. We really wanted to show hip-hop in all its glory. As we moved along, we just checked an artist and an album off the list, and that was that.

Check out the new set below – in animated .gifs, of course – and be sure to check our own interview with Axel Alonso.

Silver Surfer #1
Drake’s Nothing Was The Same