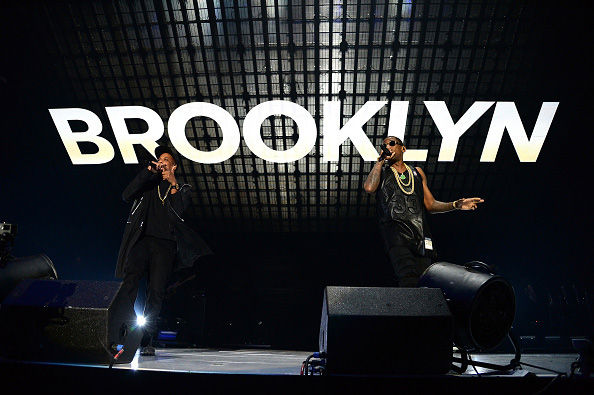 UPDATE: Shows over, but you can still catch a replay at the bottom of the post (or TIDAL, of course). A few photos (courtesy of Kevin Mazur and Jamie McCarthy) and Beyoncé and Nicki Minaj’s “Feeling Myself” performance are available directly below as well. As the Streaming War of 2015 continues, TIDAL is next up to make a move.

Celebrating one million subscribers, JAY Z and a few of his famous friends have got together for a major concert at the Barclays Center in Brooklyn, New York. Simply dubbed TIDAL X: 10/20, the show will feature performances from Hov, Bey, Nicki Minaj, Fabolous, Vic Mensa, Rick Ross, T.I. and many more.

Everything is scheduled to kick off tonight at 7:35pm EST, and if you’re not currently sitting in the arena, you can stream the event below – whether you’re a subscriber or not!