Festival season is upon us.

Last week, Pitchfork unveiled their lineup (equipped with Anderson .Paak, BJ the Chicago Kid and Thundercat appearances). And now, we venture up to Montreal for the Osheaga Festival Musique et Arts.

Headlined by the Red Hot Chili Peppers (I’m already sold), Lana Del Rey and Radiohead, the three-day event will also include sets from Mac Miller, Future, Leon Bridges, and Logic. Oh, and there’s GoldLink, Vince Staples, KAYTRANADA, and Hiatus Kaiyote. Then there’s Skepta, Jack Garratt, The Underachievers, and… you get get the point—the festival is stacked.

Peep the entire line-up below and get your tickets here. 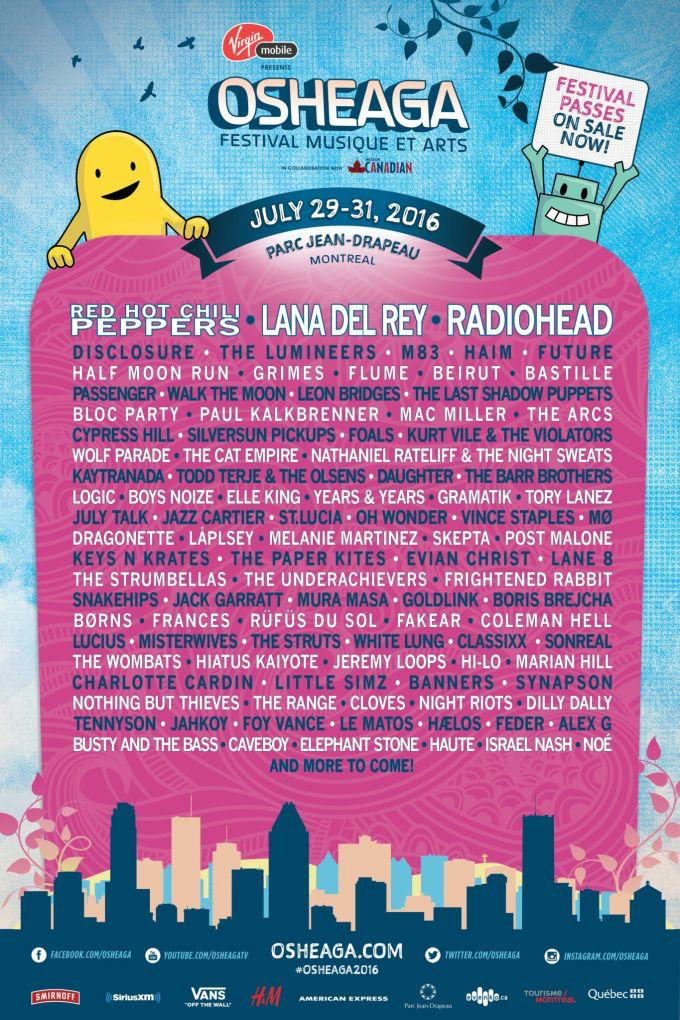