After 20 years of hard work and dedication, Kobe Bryant will finally hang up his kicks after Wednesday night’s game against the Utah Jazz. And in honor of the legendary Laker, ESPN’s Scoop Jackson has teamed up with Kendrick Lamar to pay respect with a new 30 for 30 short, Kobe Bryant: Fade To Black.

Backed by “untitled 07,” Kendrick visits The Forum in Inglewood as he narrates the three-minute piece with a rundown of Kobe’s highlights from the past two decades.

Press play on Kobe Bryant: Fade to Black below—keep scrolling for a transcription. 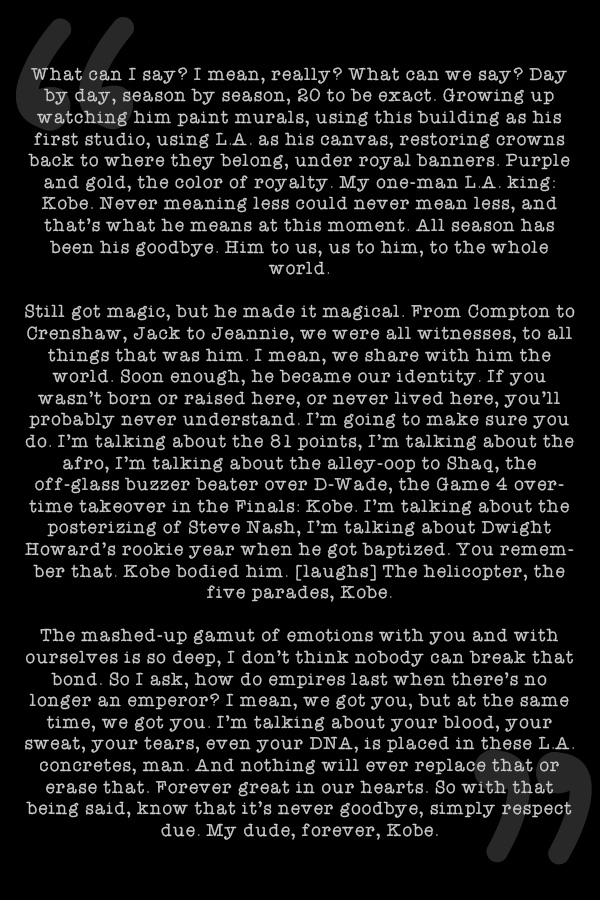