For the past eight years, the Marvel Cinematic Universe has been setting the table for what ends up essentially being the Avengers movie that we’ve all been waiting for. Never mind the two official Avengers movies that have been released, Captain America: Civil War is the exemplary climax of the MCU that prepares us for the future while delivering an exceptional narrative that is both well executed and highly entertaining.

Although the MCU is extraordinarily crowded with films, the Captain America trilogy should be mentioned as the greatest trio of superhero movies behind only Christopher Nolan’s take on Batman. And although Civil War juggles a gigantic cast of characters from previous MCU films while also effectively introducing us to a pair of newcomers in Spider Man and Black Panther, Civil War is very much a Captain America story.

You probably know the story by now: the Avengers are split on philosophies after the damage left behind while saving the world is brought to light courtesy of the Sakovia Accords. Iron Man (Robert Downey Jr., who portrays a weathered Tony Stark that is more serious than any other film) wants to allow the world’s leaders to oversee the heroes while Captain America (Chris Evans) is not willing to concede power to those who don’t understand that limiting their freedom could be costly. He’s also torn by the actions of his good friend turned super soldier, Bucky Barnes, and has a separate agenda that complicates things even further. The fallout is massive but very well played as it draws in everyone from Ant Man (the simply hilarious Paul Rudd) to Black Panther (Chadwick Boseman, who makes a strong debut in the MCU).

What takes place in just over two and a half hours is a battle of principals that are tucked into some of the MCU’s best battle sequences. It rarely lulls and keeps you engaged as the banter is snappy at times but slows down enough to ensure you are following along. Screenwriters Christopher Markus and Stephen McFeely understand the voices of the characters and write dialog that is fitting while also informative. It all works best if you’ve seen the previous films in the Marvel canon and have an emotional investment in the heroes. Simply put, this is a movie for the comic book nerds who are ready to geek out.

If you are relatively new to the Marvel universe, there’s a lot to digest here and, chances are, the dialog will be a lot of static that won’t make a whole lot of sense.

Nevertheless, what Civil War does best is manage to handle so many characters evenhandedly without making any of them look weak. It’s quite impressive, actually. The right amount of time is spent introducing us to T’Challa, who ends up being a very integral part of the narrative. But, perhaps more importantly, the introduction to Spider Man to the MCU is picture perfect. Yes, they finally got Spidey right (even though there’s a little too much CGI at times). The casting of Tom Holland as a teenage Peter Parker who captures the wide-eyed superhero to near perfection and leaves you wanting more. Another standout is Paul Bettany’s Vision. After debuting in Avengers: Age Of Ultron, Vision is more realized here as a computer who is hilariously trying to adjust to being a human. Again, just the right amount of time is spent to showcase Vision’s significance to The Avengers while also giving him a story that gives us just enough to understand the hero’s dilemma.

As for everyone else that we’ve grown familiar with, there’s enough to go around without leaving anyone out. Even Falcon (Anthony Mackie) and War Machine (Don Cheadle) serve more of a purpose than being a sidekick. Meanwhile, as Earth’s Mightiest Heroes are bickering with one another, a villain rises in Helmut Zemo (Daniel Bruhl) with a rationale that viewers may find sympathetic, although it’s a little too convenient how he plays into the third act of the film to the point where it almost feels forced.

But, enough about everybody else, this is a Captain America movie and the narrative surrounds his conflict between doing what’s right and helping his best friend. Chris Evans has never failed us as Captain America and, once again, plays it straight but adds just enough nuances to distance himself as the leader of the super friends. He is the quintessential hero who is more loyal than anything else. He’s not too much of a goody two shoes like Superman’s sappy character but he certainly has morals and standards that won’t be broken. His connection to Bucky (Sebastian Stan) is well played as Captain America is willing to risk just about everything to seek the truth, even if that means putting lives at risk.

Suffice to say that it is very interesting to watch this all play out.

The story itself is strong and almost does a better job of introducing the conflict between heroes than the Civil War comic books before it. Everyone has their reasons to choose a side but the internal struggle of some of the character’s choices weigh more heavily than others. For example, Black Widow (Scarlett Johansson) is visibly torn between Starks and Rogers and her history in the MCU comes into play when making her decision. Meanwhile, Ant Man and Spider Man are just happy to be part of something bigger than the battles they have in their respective neck of the woods.

But you’re not going to simply side with Captain America because this is his movie. Each side’s argument is presented well and there will certainly be chatter among viewers regarding which side was right.

If there is a gripe to be had, it’s the villain. Helmut Zemo has a significant reveal but he’s less of a threat physically than he is psychologically to the superheroes. And that’s actually not a bad thing considering Civil War is all about the good guys feuding with one another. But it’s become increasingly alarming that there has been a struggle to find a noteworthy villain outside of Loki.

As for the fight scenes, the airport conflict between the two factions is easily the best superhero melee that has ever been brought to the big screen. Comic book fans have dreamed about how this would look in movie form and Civil War absolutely nails it. Everybody gets their time to shine and there is no doubt that you’ll geek out at the numerous action sequences jam packed into this amazingly shot brawl.

The climatic battle between superheroes is mentally draining as there still is a third act to tend to that has yet another battle that’s good, but pales in comparison to the breathtaking free-for-all. While good in its own right, you almost feel like Civil War could have been split into two parts, Kill Bill style.

But these are minor gripes for what is an exceptional movie that delivers in spades for anybody who has an interest in the Marvel universe. The movie doesn’t have a tidy conclusion and leaves enough strands of the story open to branch off into the next wave of films.

All in all, Captain America: Civil War does just about everything right. It’s far from a mindless romp for superheroes to showoff their powers and it’s certainly not a drab exposition that does so much explaining that it waters down the elements that make a superhero movie, well, super. With the stage set for the next wave of characters, Captain America: Civil War accomplishes what it set out to do and stands firm as the best movie in the MCU to date. 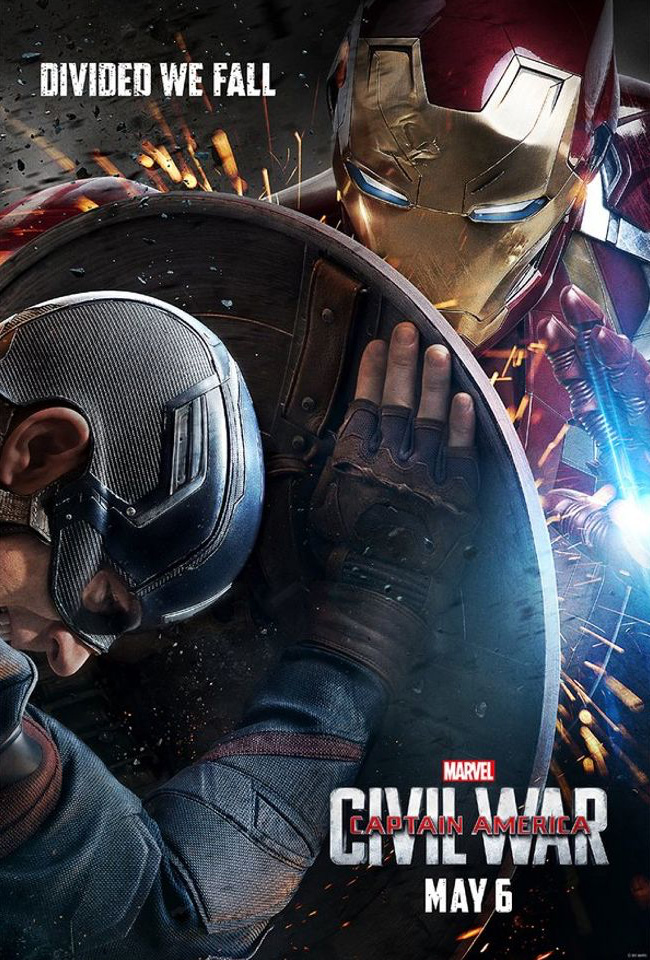