The Gospel According To Chancelor Bennett 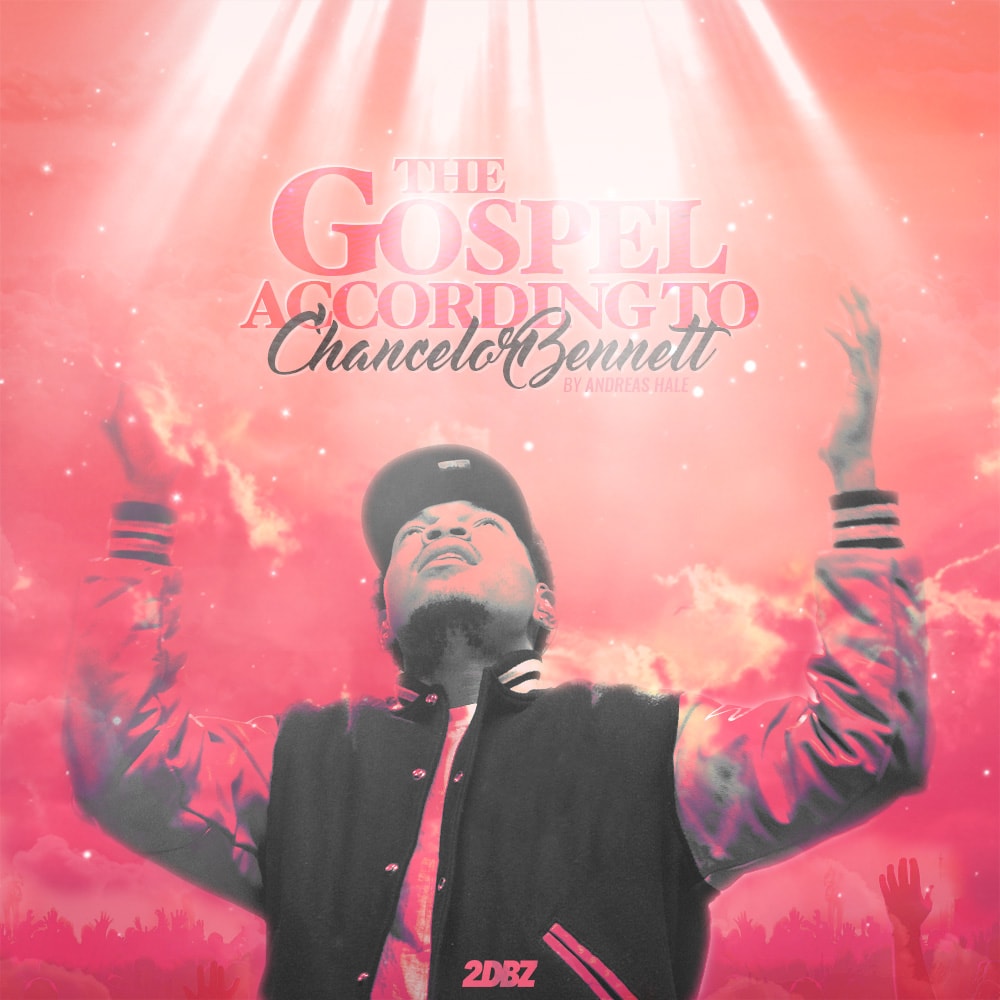 In a time where artists such as Kendrick Lamar and Beyoncé have repurposed remnants of African American culture and interpolated them into their projects to deliver a rich listening experience, Chance The Rapper finds himself doing the same by recreating the idea of what a Gospel rap album should be with Coloring Book.

For Chance, the distance and maturity between Acid Rap and Coloring Book is similar to the growth experienced by Kendrick Lamar between good kid, m.A.A.d City and To Pimp A Butterfly. The key similarity is that both artists dared to be great by creating something that they knew would not hit home for everyone but did it because they believed in the music and message that they were creating. And though the messaging from Chance won’t resonate with everyone, you can’t help but praise the messenger.

To be honest, this album will reverberate more with those who can directly relate to the themes, cultural nods and messages than those who don’t live with these experiences in their day to day. It’s something that takes a few listens to truly appreciate. With that being said, if you were looking for another Acid Rap, this may disappoint you to a certain extent. However, if you step back and allow yourself to be immersed in Chance’s artistry, you’ll realize that there is something truly special here. It isn’t always perfect, but it certainly is distinctive.

Coloring Book is a Gospel Rap album that evades the trappings of your usual Christian hip-hop album. Not to say Christian rap isn’t human, but what Chance presents here is more reflective of those who believe in God but don’t necessarily attempt to walk in his perfect footsteps 24/7. God fearing individuals fornicate out of wedlock, curse, partake in extracurricular drugs, lie, cheat, steal and many other things that are against the teachings of the Good Book. However, that doesn’t mean they believe in God any less than your average Christian or those who front that they are living by His word but aren’t preaching the reality of what they practice.

Chance The Rapper represents for those who go to church on Sunday morning after talking sex, binge drinking and popping pills at the nightclub on Saturday night. But he comes from a city so entrenched in misfortune that his ability to survive another 24 without being behind bars or carried by six is a blessing in itself. And Chance takes the time to sing the praises of his higher power and could care less what you might think; which is why we cheer for him as he fearlessly straps the city to his back and tries to climb the mountain to freedom. He’s not perfect, nor does he claim to be. If there’s one thing about Chance The Rapper that you can take to the bank, it’s that he is genuine. From the honesty in his music to his feud with Spike Lee over the content of Chi-Raq, you can tell that all Chance wants is proper representation.

When he opens Coloring Book with the Kanye West assisted “All We Got,” which beautifully encapsulates the makeup of Chancelor Bennett. You get God, music, his daughter, life, success and survival in the city of Chicago. And all of this happens alongside his greatest musical influence in Kanye West. It’s truly a moment that separates Chance from his peers.

And this is where we will pause because there’s something really fascinating about Coloring Book that makes you curious about the timing of the rollout.

The entirety of Coloring Book plays as if it is the extended mix of Kanye West’s “Ultralight Beam” (and to a lesser degree “Father Stretch My Hands Pt. 1”). From the production to the theme and even the appearance of Kirk Franklin, a curious eyebrow has to be raised as to the origins of “Ultralight Beam” and if this could have (or should have) been a Chance song to begin with. And the fact that Kanye opens Coloring Book as more of a supporting instrument than a spotlight stealing musical guest to steal speaks to the creative brilliance of the Chicago emcee.

It would be naïve to suggest that Chance hijacked this concept from Kanye for his album. Instead, conventional wisdom based on Mr. West’s recent track record of adopting the styles of other artists would suggest the opposite. Unfortunately, Kanye West released his album first so there will be those who believe that Chance was more influenced by Kanye than the reverse. Kanye even went so far as to call The Life Of Pablo a gospel album while Chance didn’t feel the need to label his album as anything because the music speaks for itself. But it certainly feels that Lil Chano From 79th was originally influenced by “Jesus Walks,” perfected his own long play version of that energy to present to Kanye West a decade later and Kanye appropriated Chance’s version of “Jesus Walks” for his own album.

The gospel theme is neatly stitched throughout the album, even when he’s not necessarily rapping about his blessings. For example, “No Problem” is far from what can be deemed a gospel rap song with its theme of independence and warning of bringing the “dreadheads” to any record label that has a problem with how he releases music. But the BrassTracks production is littered with harmonious voices gliding over the sparse arrangement. The same can be said for “Same Drugs,” a song about growing up and growing apart, that is spiritually enhanced by the Chicago Children’s Choir. Of course, not every song is of the gospel influence. “Juke Jam” is a slinky joint that finds Chance reminiscing on simpler times when dealing with the opposite was made up of grinding it out at the skating rink rather than worrying about sex and all the things that go along with being grown up. It’s so simple, but it’s so Chance and even more so Chicago.

When Chance brings it all together, you get songs such as “How Great.” It’s not your typically constructed rap song by any means. It leads with the Chicago Children’s Choir and Chance’s cousin Nicole singing a capella for just under three minutes before the beat drops and Chance rolls in with religious references. The perfectly placed guest spot courtesy of Jay Electronica drops in after a brief moment of silence but seamlessly continues on the concept that Chance started with his verse.

If there’s anything that slightly hinders Coloring Book, it’s the amount of space relegated to guests. Not that it’s necessarily a bad thing, per se. But it ends up giving you less of Chance when you really could use some more of him. The guest list is extensive and ranges from hometown heroes (Kanye West), the hottest acts in the game (Young Thug and Future) and homies met along the way (Justin Bieber). Songs such as “Mixtape” didn’t necessarily need assistance from Lil Yachty or Young Thug. Although both come correct, two verses from Chance on his own album would have made more sense while either could have landed properly on the remix. It’s really a matter of having a lot going on when you didn’t really need it. Then there’s “Smoke Break” featuring Future that feels completely out of place on the album.

You can also make the case that there isn’t quite enough of Chance actually rapping on the album. But that’s the same argument you can make with just about any Drake album and the current iteration of Andre 3000. This is what you’re going to get with Chance, whether you like it or not.

But these are minor league gripes on an album that has major implications on Chance’s career and impact he should have on the industry as a whole.

At 23 years of age, Chance The Rapper accomplishes with Coloring Book what other artists have attempted to create throughout the entirety of their career. It’s a definitive, albeit flawed, piece of work. But the imperfections are forgivable because our favorite superheroes are flawed individuals who are well intentioned. With that, Chance is Batman to Chicago’s Gotham City. He fights through everything because he cares about his fans just like he cares about his city. He wouldn’t be here if there weren’t a perpetual battle to fight and a community to service because that’s what heroes are here to do. And, if nothing else, while most artists create music to reap selfish rewards, Coloring Book is a invigorating reminder that Chance is here to do heroes work for the people that he represents.