“Mobilize my mind, that’s a train of thought.”

Kevin Durant and Russell Westbrook may be killing it right now, but they aren’t the only ones dropping thunder in Oklahoma City.

Jabee, a native emcee who first landed on our radar in 2009, has been doing his thing for years. He’s the most consistent talent OKC has to offer, IMO, and his resume speaks for itself.

Just off the top of my head, he’s delivered the racially-charged Black Cotton EP, a pair of projects with Thelonious Martin, a maxi-single with Blu, and a handful of gems with Carlitta Durand. He’s worked with and toured alongside Run the Jewels, he (shoulda) sold drugs, and even dropped an album on MURS’ 3:16 label. Oh, and he’s WON AN EMMY.

I could keep going, but there’s really no need—the music more than speaks for itself. Currently working on his new album, Black Future, Jabee returns with a video for “Exhausted“—a beautifully constructed record he laced with Statik Selektah at the end of the year.

Do yourself a favor and witness greatness on the rise with Jabee’s “Exhausted” video—which comes to an end with a touching tribute to a fallen Hip-Hop legend. 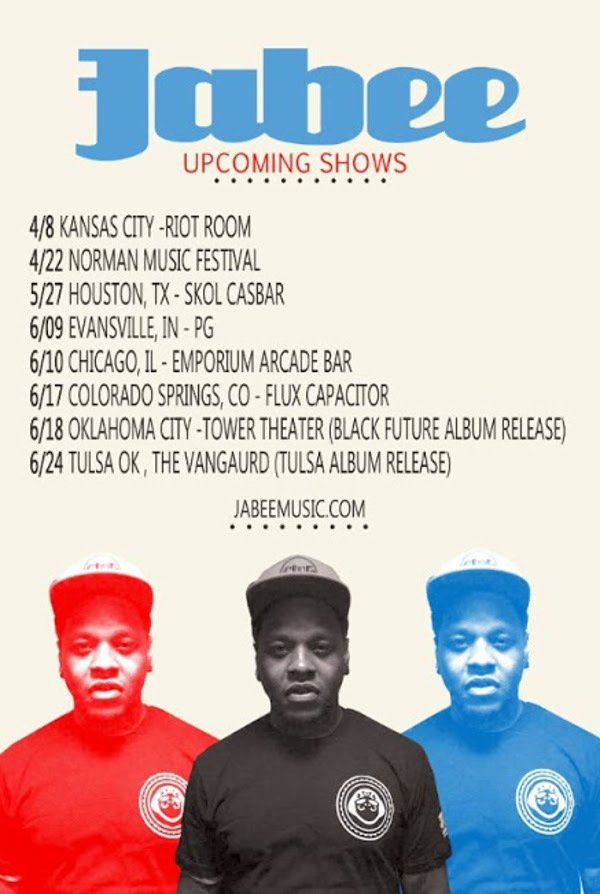 Snoop Dogg – “Love Around The World” x “Top Down”