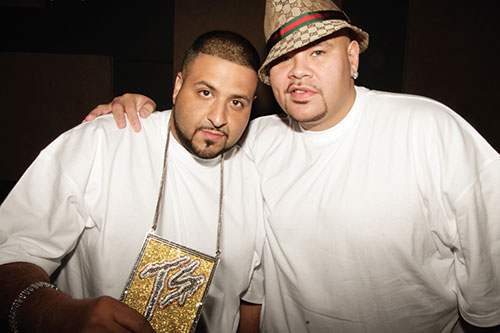 Of all the vintage throwback freestyle sessions Tim Westwood releases every week, this may be the most relevant to the younger generation following this site.

Back in 2003, Tim Westwood made the trek from England to Miami, where he recorded one of his radio shows, during which he brought DJ Khaled — who got his start DJ’ing for underground radio stations in the area before moving to the mainstream 99 Jamz — on to spin some records for Fat Joe to rhyme to.

Where Fat Joe is once again buzzing alongside Remy Ma due to their “All The Way Up” collab, this time 13 years ago was just before Joey Crack and Terror Squad dropped one of the biggest hits of their career with “Lean Back.”

So while he was kicking it in Miami, he did his best to freestyle along to a selection of beats while Khaled’s personality — naturally — took over at points. Watch the session below.