During the New York leg of his Groovy Tony Pit Stop, ScHoolboy Q announced to the sold-out crowd that he will ultimately embark on a world tour in support of his album Blank Face LP.

Taking to his Twitter account, he has now unveiled the dates for the Blank Face World Tour. Kicking off August 30th, the four month-long escapade will take the No Face Killer on a globe-trotting affair, hitting various stops across North America, Europe, Australia and New Zealand. 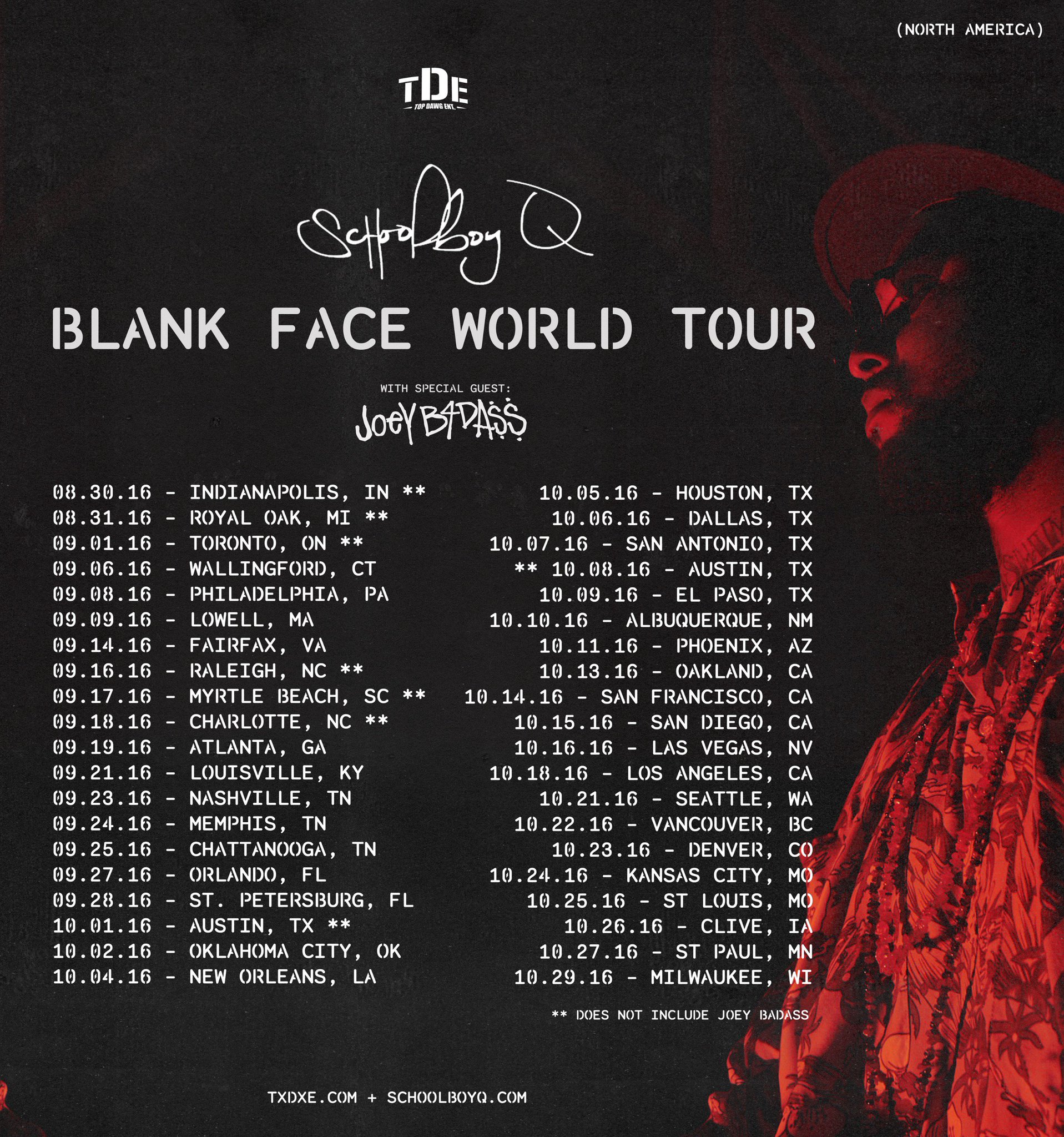 Tickets for the tour are available on Q’s e-home.