Great news for Jeremih fans, and those who still haven’t gotten enough of “Oui.”

Following the news that he is reportedly teaming with PARTYNEXTDOOR on a collaborative project, Late Night Party (a single between the two, “Like Dat,” has since released), Thumpy Johnson revealed that he is aiming to release a new project tonight (July 18th!) called Late Nights Europe!

According to USA Today, Jeremih announced the news during his Pitchfork Music Festival appearance (which coincided with his 29th birthday):

“Nobody really knows. I was on a European tour for the last 30 days and the best thing about it was creating a new body of work called Late Nights Europe. We did, like, 23 songs,” he said. “We’re probably going to drop it tonight as a gift, not only to myself but to my fans.”

He also teased the possibility of featured guests Ty Dolla $ign and Chance the Rapper, both of whom he has collaborated with in the past. “Ty is definitely on there. Chance — if he says he’s not doing anything tonight, we’ll throw him on there,” he joked, promising other appearances from “a few people from overseas.”

He described Late Nights Europe as a love letter to his European fans. “We named a song after every place we went: Paris, Amsterdam, Czech Republic, Barcelona.”

The mixtape will feature production by Soundz, who worked with Jeremih on the singer’s 2015 album Late Nights.

Whether or not the project actually releases tonight (let’s hope so!) remains to be seen, but it’s safe to say that we here at the DopeHouse is here for all of it.

UPDATE: The time has arrived! Jeremih comes through with his Late Nights: Europe mixtape. 14-tracks, named after each city visited on the tour, with features from Wiz Khalifa, Ty Dolla $ign, K Camp, G Herbo, The Game, and more.

Chance the Rapper was also rumored to be on the project, but he’s absent. Fortunately, a song between the two (and Big Sean and Smino) surfaced online around the same time.

Check out Late Nights: Europe below. 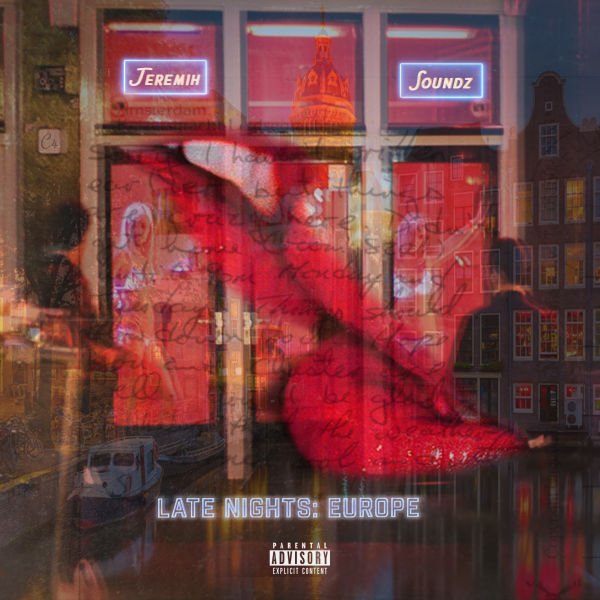 Speaking of the Pitchfork performance: Jeremih brought out Chance the Rapper as a surprise guest. I called it. @chancetherapper came out for Jeremih's set

Jeremih brought out Chance the Rapper and everyone at Pitchfork collectively lost their cool. pic.twitter.com/d9zQnvUeEE