Uncooked Beef: How Drake Failed To Give Us The Next Great Hip-Hop Feud 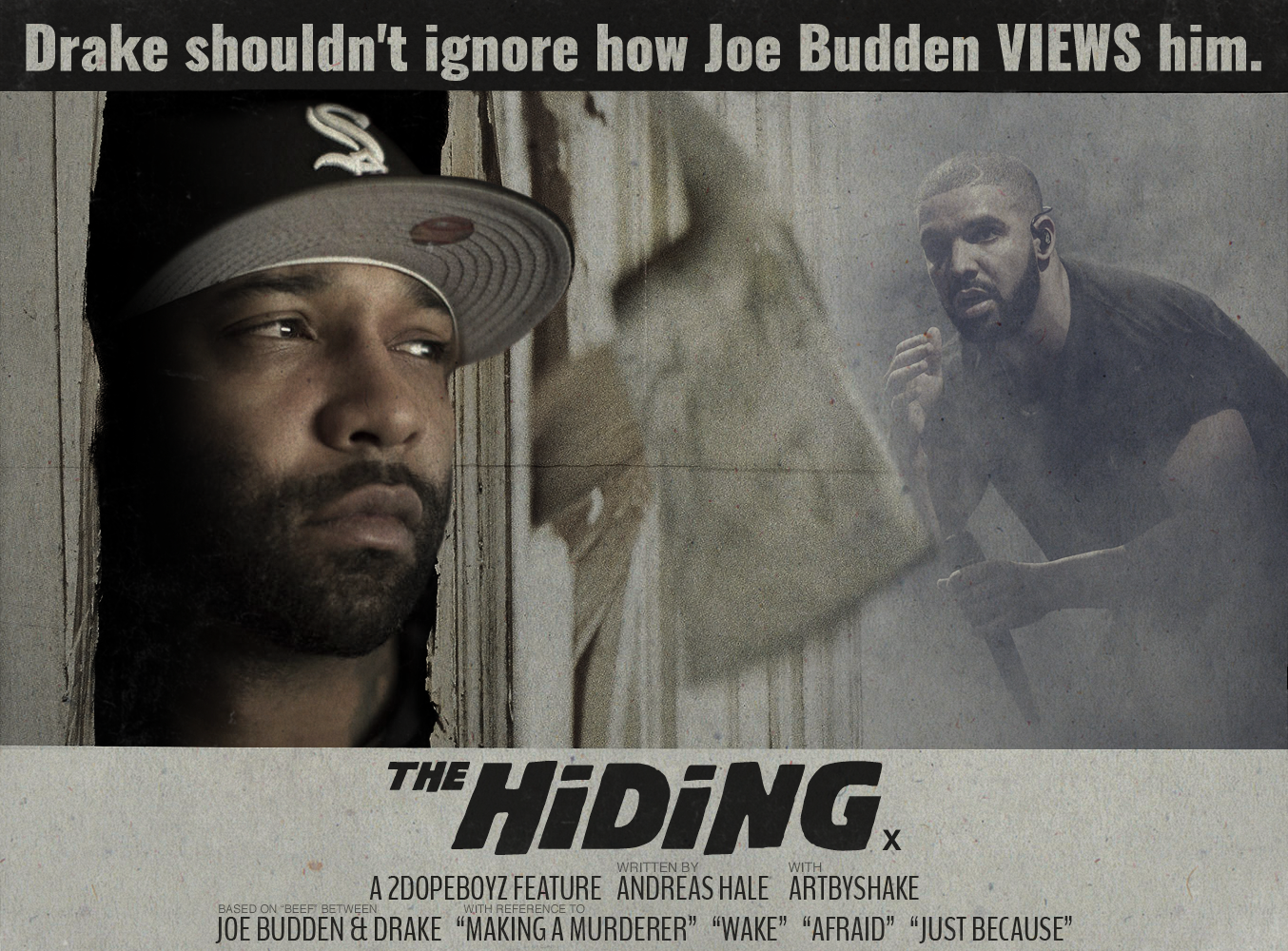 Boy, that was a missed opportunity.

Drake had the time, place and opportunity to stick a fork in the beef with Joe Budden, but he didn’t. Last year around this time, the Toronto rapper tormented Meek Mill at OVO Fest with a salvo of images that embarrassed his friend turned foe. But in this feud with Budden, Drake relented.

Did he feel Budden was too “insignificant” to put on the OVO screen? Or, maybe, he didn’t trust his skills to carry him through this feud.

One thing is for sure; beef isn’t what it used to be.

Ever since 1982 when Kool Moe Dee challenged – and subsequently wrecked – Busy Bee Starski, the battle rap has been an integral element in hip hop culture. For over three decades, hip hop has had its fair share of battles that have entertained and energized hip hop fans. In a culture that is fueled by competition, there’s truly nothing like seeing two emcees square off in a battle of wits.

From KRS One vs. MC Shan and Ice Cube vs. N.W.A. to LL Cool J vs. Canibus and Nas vs. Jay Z, we’ve had our fair share of entertaining battles that stayed on wax. Of course, the landscape changed after the Tupac-Biggie feud turned fatal. But, for the most part, hip hop beef has started and ended with the music.

The landscape of battling on wax has changed over the years, as it has become less of a contest of well-placed insults and more of a popularity contest where the winner is perceived to be the one who has more widespread appeal. The decision whether or not to respond is based less on proving one’s talent versus this idea that a popular emcee shouldn’t pay attention to someone who is less popular because it’s a bad business decision.

Which leads us to the Joe Budden-Drake feud that started when Budden had some very strong opinions about the Toronto rapper’s Views album. But these opinions weren’t unwarranted (hell, we had the same exact thoughts in our review) but because Budden is more popular than 99% of hip hop journalists, his comments traveled a lot further than ours.

Those are strong words from an opinionated emcee. But they are also coming from someone who has known Drake well before his career took off. And maybe that’s what annoyed Drake the most about the criticism. That led to Drake’s very thinly veiled shot at Budden on French Montana’s “No Shopping,” which was previewed on French’s Instagram, followed by a few well tucked jabs on “4PM In Calabasas.”

That set Budden off and a stream of four different diss tracks targeted at Drake have been released in the span of a month. “Making A Murderer pt.1,” “Wake,” “Afraid” and “Just Because” are all potent diss tracks that should force Drake’s hand to respond.

But Drake hasn’t said a word since.

And this is where it gets problematic.

There are people out there who think Drake shouldn’t respond because Joe Budden is “irrelevant.” And if Drake opts to continue to take the high road, this whole thing will eventually go away and any fame that Budden stood to gain in a feud with Drake would be up in smoke. But that line of thinking goes against everything that hip-hop is about.

Here’s the problem: Drake’s been embroiled in a battle before with someone he once called a friend when he took his liberties with Meek Mill last year. As a matter of fact, he was nominated for a Grammy off of lyrically trashing Meek Mill. So it’s not like Drake doesn’t take his shots when he feels threatened. And Joe Budden is far more threatening from a lyrical perspective than Meek Mill ever was.

But hip-hop has changed so much in terms of battle records where the rapper with the bigger fan base has a lot more to lose when going toe to toe with someone who is not as well known. And, unfortunately, the more popular a rapper is, the less lyrically inclined they tend to be. But this is one of those cases where the more popular emcee has the ability to engage. The only question is whether or not they will in a more formal manner.

The question is whether people will give Joe a fair shake in this feud if Drake ever decides to cut loose. Unfortunately, by the look of things, he appears to prefer to let this one fade away. And if he does choose to engage, it will be indirect.

Drake has taken his fair share of notes from Jay Z’s notebook where subliminals are the route of choice in a battle. Remember when Jay said “Look, if I shoot you, I’m brainless/But if you shoot me, then you’re famous/What’s a nigga to do?” on “Streets Is Watching?” Well, Drake took that to heart. As of right now he may not see the value in going bar for bar with Joe Budden. But that’s a divisive concept where Joe Budden will become famous if he were to take out Drake because isn’t that what competition is all about? If you don’t have something to lose then what are you competing for in the first place?

The fact that Budden and Drake know each other very well is another reason why Drake shouldn’t take the high road. If he had no qualms shooting fish in a barrel when he went up against Meek Mill, he should feel infinitely more incentivized to take on Budden. While some may assume that it’s career suicide, keep in mind that Drake is the one who took this to wax.

Was Joe Budden not supposed to respond?

That’s the thing that troubles me about this “beef” and how fans play a role in it. When the bigger celebrity takes a shot is the subject of his diss supposed to just sit there and take it?

This is somewhat reminiscent of the Canibus-LL Cool J feud that took place nearly twenty years ago when LL took his first jab at Canibus after feeling insulted by the young upstart’s suggestion on “4,3,2,1” that he’d borrow the mic tatted on James Todd Smith’s arm. Instead, LL decided to make Canibus change his rhyme while keeping a verse that was directed at his fellow emcee. Not only that, but he dropped a damn video for it with Canibus in it. It was insulting to the highest degree. But when Canibus fired back with “2nd Round KO” where he lyrically dismantled LL Cool J. It was a far superior track to LL’s follow up “Ripper Strikes Back.” However, the problem was that LL’s popularity took precedent over the actual talent of the two emcees.

Many believe that the feud ruined Canibus’ career. Regardless of which side you are on, the question remains:

Was Canibus not supposed to respond?

It’s a catch 22 for rappers who are lyrically proficient but don’t have the mainstream clout as their adversary. In this case, Joe Budden wasn’t going to sit idle while any emcee decided to take a shot at him just because he didn’t like his album. That sucks that Joe didn’t like his album. And the opinion of one man won’t affect his current streak of 12 weeks at #1. But Mr. Irrelevant certainly got under Drake’s skin, didn’t he?

And now it looks like Drake may have started something that he doesn’t intend to finish. You may suggest that Jumpoff Joe started this by voicing his opinion of Views on his podcast. But if he were as irrelevant as some would make him out to be, shouldn’t Drake have just ignored it? We all know the saying: “If a tree falls in a forest and no one is around to hear it, does it make a sound?”

The answer is yes.