The TENS: 10 Reasons Why Luke Cage Is The Ultimate Hip Hop Superhero Show

In short, Luke Cage will be the most hip hop thing ever done in the Marvel Cinematic Universe.

With Cheo Hodari Coker (the mind behind the 2009 film Notorious) as an executive producer to the score being handled by Adrian Younge and A Tribe Called Quest’s Ali Shaheed-Muhammad, just the trailer alone is teeming with the most influential musical culture ever. Even the first teaser featured a vintage Wu-Tang song.

The DopeHouse noticed all of these things and then some, and with the arrival of the first official trailer, we’ve compiled them in our latest edition of The TENS: 10 Reasons Why Luke Cage Is The Ultimate Hip Hop Superhero Show.

I don’t know about you, but I’m about to watch this entire series with a 40 and some cassette tapes. 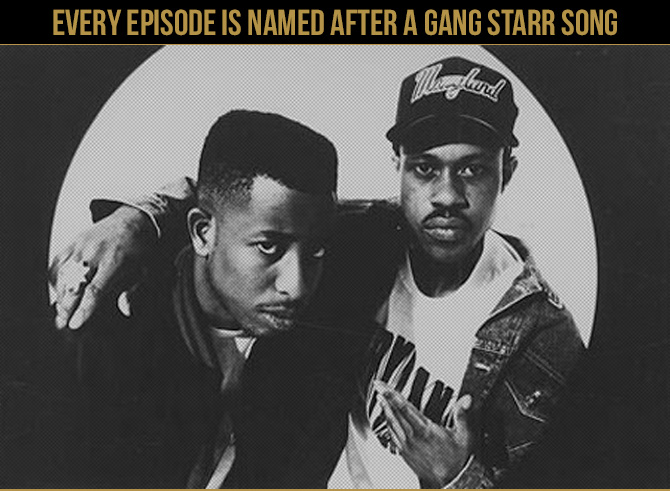 Seriously? Every episode will be named after some of the greatest songs from DJ Premier and Guru’s expansive catalog?! Nevermind that Primo is the reason I decided to say “screw medicine, I’m getting into music.” — Meka Udoh 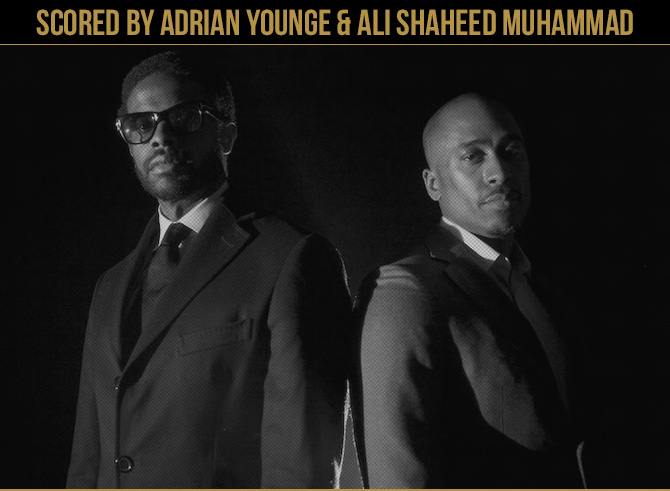 The overall ambiance of Luke Cage will have a lot to do with the music featured on the show. And who better to handle the music and give it the proper feel than Adrian Younge and Ali Shaheed Muhammad? We all know Muhammad from his Tribe Called Quest days and this won’t be Younge’s first time at the rodeo (he scored the film “Black Dynamite” as well). Rest assured that Luke Cage won’t just “look” hip hop, but it will sound that way too. — Andreas Hale

Mahershala Ali portrays Cornell “Cottonmouth” Stokes, and in one scene of the trailer he’s brutally beating a guy into pulp. But it’s the end of that clip, where he stands in front of the famous picture of The Notorious B.I.G with a crown slightly tilted, looking like he was wearing the crown. And what does he say? “Everyone wants to be the king.” BREH. — Meka Udoh 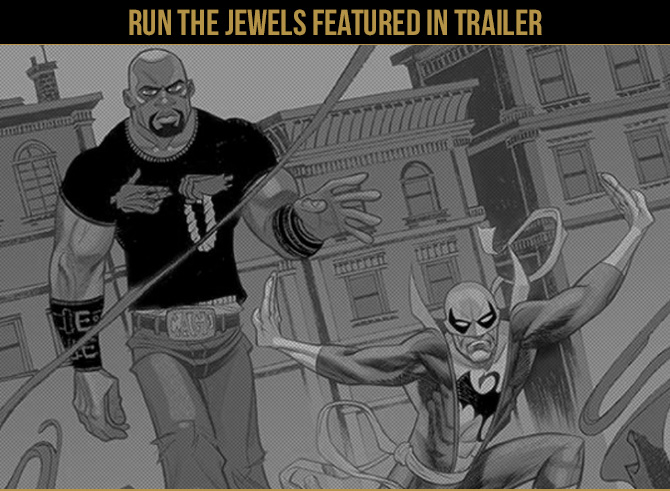 Killer Mike and El-P’s surge through popular culture continues with the addition of the Run The Jewels remix to Miike Snow’s “Heart Is Full” produced by none other than Apollo Brown. In the trailer you can hear El-P’s verse where he spits “I’m from the city where having a heart is not suggested.” Between this and the hip hop variant of Black Panther #2, we’ve gotta say that RTJ is running shit. — Andreas Hale 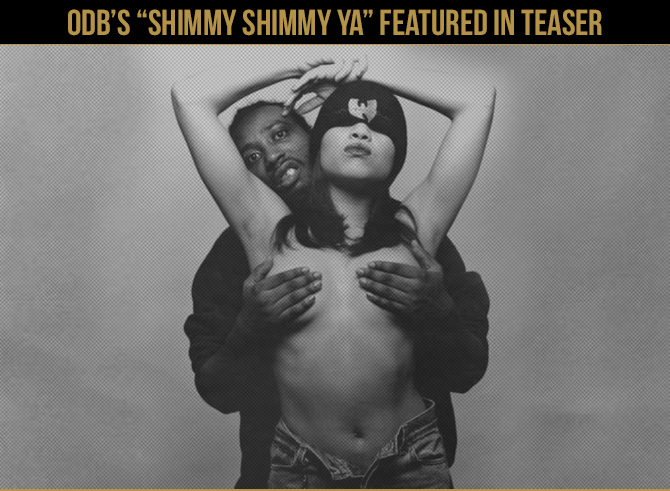 The late, great Ol’ Dirty Bastard’s instant vintage song was played throughout one of the earliest trailers of Luke Cage. In the clip, Luke was kicking all kinds of ass to it playing in the background. It was like a violent version of ODB’s video of the song. — Meka Udoh 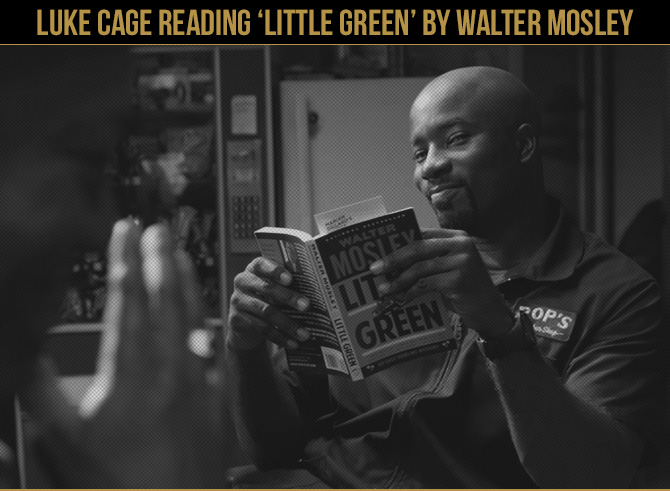 There is a slick little nugget at the end of the recently released trailer that finds Cage discussing the beatdown he handed to four guys at a boxing gym. In his hands is Walter Mosley’s novel “Little Green” that was released in 2013. For those who aren’t aware, Mosley’s most popular novels center around Easy Rawlins, a black private investigator and WW2 veteran who lives in Watts. You may best know his work from the novel-turned-film Devil In A Blue Dress, which stars Denzel Washington. — Andreas Hale 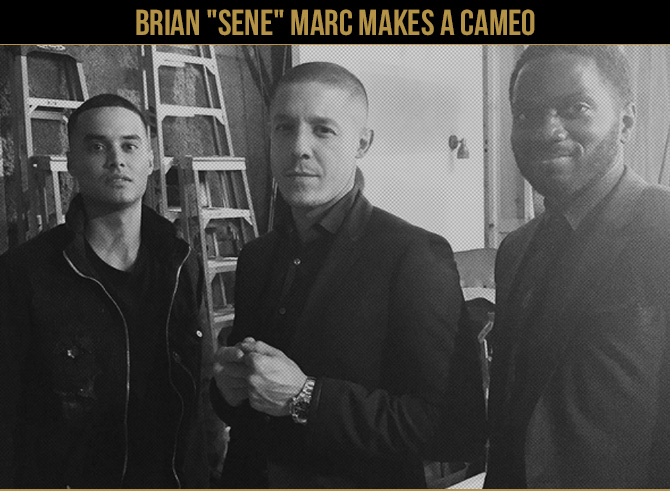 Brian Marc, musically known as sene, makes a brief appearance in the series. What is his role on the show? Who does he play? Who cares? Having a DopeHouse staple in a soon-to-be popular Netflix series? It’s definitely a great look for the eclectic musician. — Meka Udoh 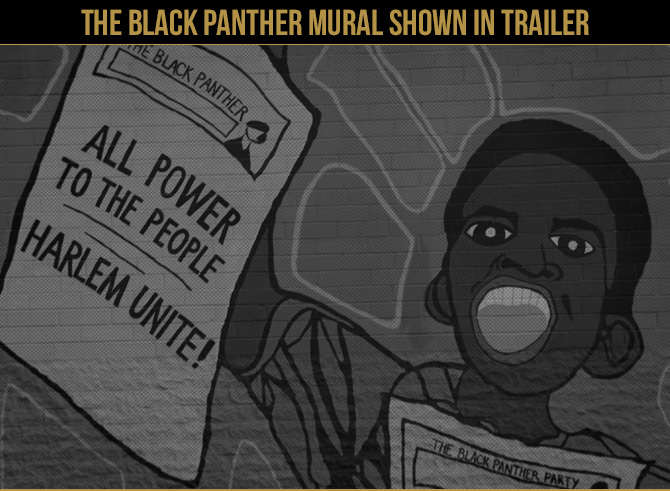 Early in the trailer, the tone is set that this will be an unabashedly black show when an image of a wall painted with a young boy holding a Black Panther Party newspaper is shown. It’s a subtle moment in the trailer, but tells you all you need to know about Luke Cage. — Andreas Hale 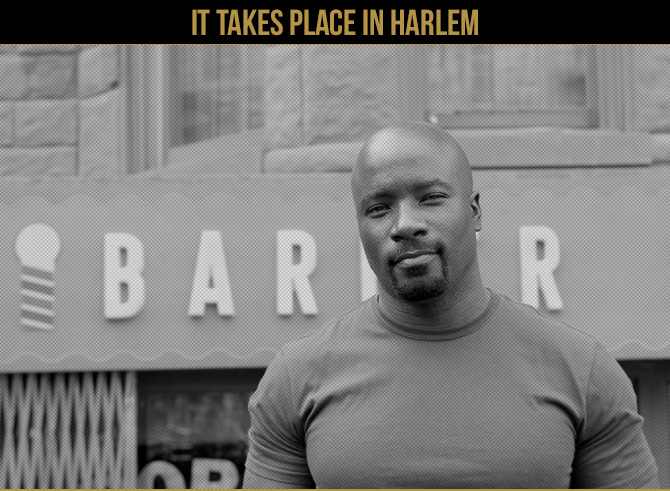 Despite the rampant gentrification going on throughout them, both Brooklyn and Harlem are the most urban and Blackest parts of New York City. So putting the Marvel Cinematic Universe in the same neighborhood as The Diplomats, Big L and Puff Daddy? Oh, we’re here for this. — Meka Udoh 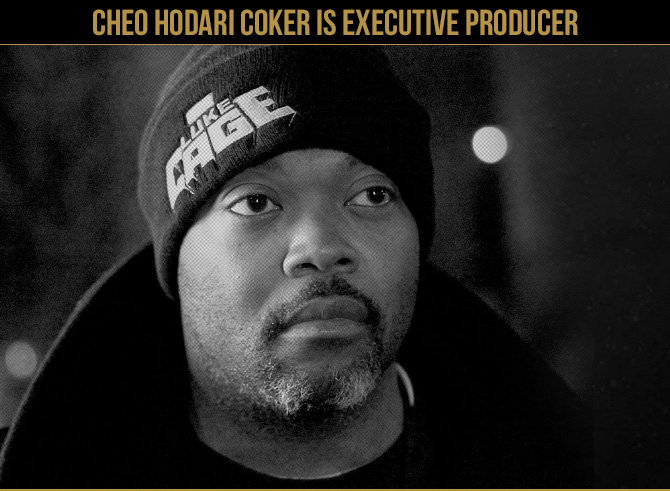 Real hip hop heads that read books and magazines will know exactly who Cheo Hodari Coker is. From his time penning for outlets such as Rolling Stone, Vibe and others to his book “Unbelievable: The Life, Death, and Afterlife of The Notorious B.I.G.,” Coker is about as hip hop of an Executive Producer as you can get. He’s also writing the first two episodes so expect his vision to lend itself to a very hip hop centered world. — Andreas Hale