As promised, DJ Whoo Kid shares The Lost Flash Drive — a collection of unreleased G-Unit tracks that were recently discovered on an old thumb drive.

“Me and Tony Yayo stumbled across a hard drive at the G-Unit offices recently that contained lost music and lost footage from the G-Unit Radio Series,” Whoo Kid told XXL. “Getting 50, Banks, Buck and Kidd Kidd on board to release these classics to the world, it’s just something for the fans to embrace.”

Last night, Whoo Kid shared some unreleased footage of Lloyd Banks, Tony Yayo, Kidd Kidd and Young Buck vibing out in the studio to a track called “Set The Pick.” And now, the complete project is ready for the masses.

Coming in at 12 tracks (some of which have re-recorded verses due to corrupt files), The Lost Flash Drive features Yayo, Kidd, Buck, and Banks on the majority of the songs. 50 Cent appears on a bonus track. And Buck gets busy over classics from Outkast, No Limit, Pac, and Three 6 Mafia on the “Free Buck” interlude. 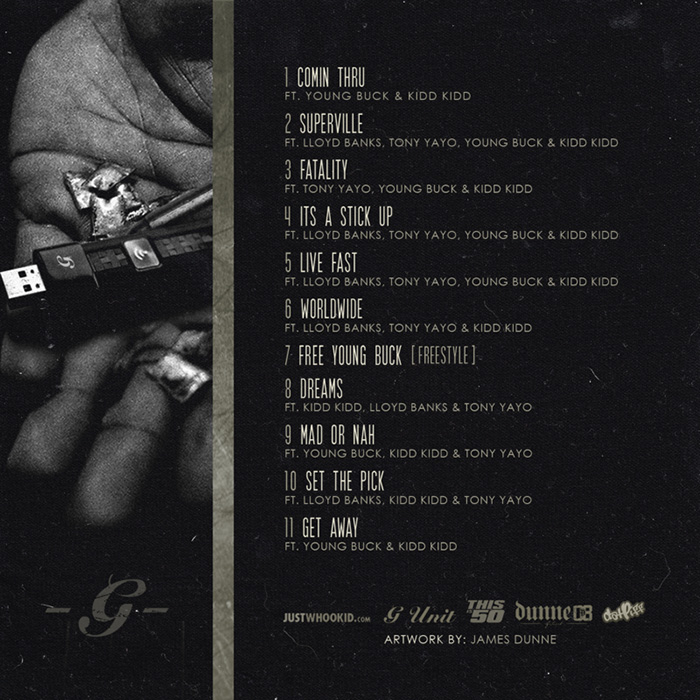