My personal introduction to the Black Eyes Peas was the 2003 single “Where Is The Love?” I was 9, and I was probably more interested in the Justin Timberlake aspect of the song rather than the quartet of emotional raps that lay between his chorus.

Nevertheless, the song reach No. 1 on charts around the world, and the global lyrics helped the BEP reach an audience they never had before. Their success skyrocketed from there with Elephunk, Monkey Business and the eventual downfall from acclaim.

Thirteen years later, the world is still just as fucked up as it was in 2003 — only the population has a lot more access to realize it.

The Peas have joined back together to recreate the song about the realization of troubles and the following desire for peace with more than 50 people from pop culture.

The profits from the single will go to the i.am.angel foundation, which is a non-profit started by will.i.am with the aim of “transforming lives through education, inspiration and opportunity.”

Download the single on iTunes, and listen to the song below. Watch the visual element of the song on Apple Music. 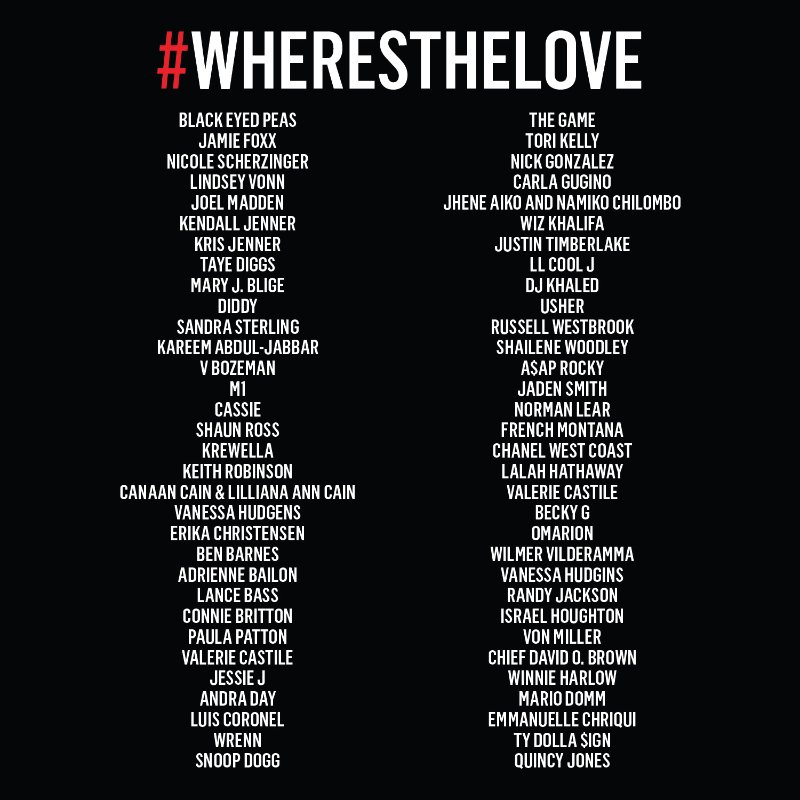 Chris Brown – “What Would You Do?”