Livestream ‘Made In America’ Festival With Chance The Rapper, Travis Scott & More The 2016 music festival experiences continue as we head into fall.

With Labor Day weekend having officially kicked off, JAY Z’s massive, annual Made In America music festival is now underway — live from Philadelphia.

This year’s event, which boasts three stages, is being headlined by the likes of Rihanna and Coldplay, with performances from Chance the Rapper, Bryson Tiller, SZA, Tory Lanez and more. 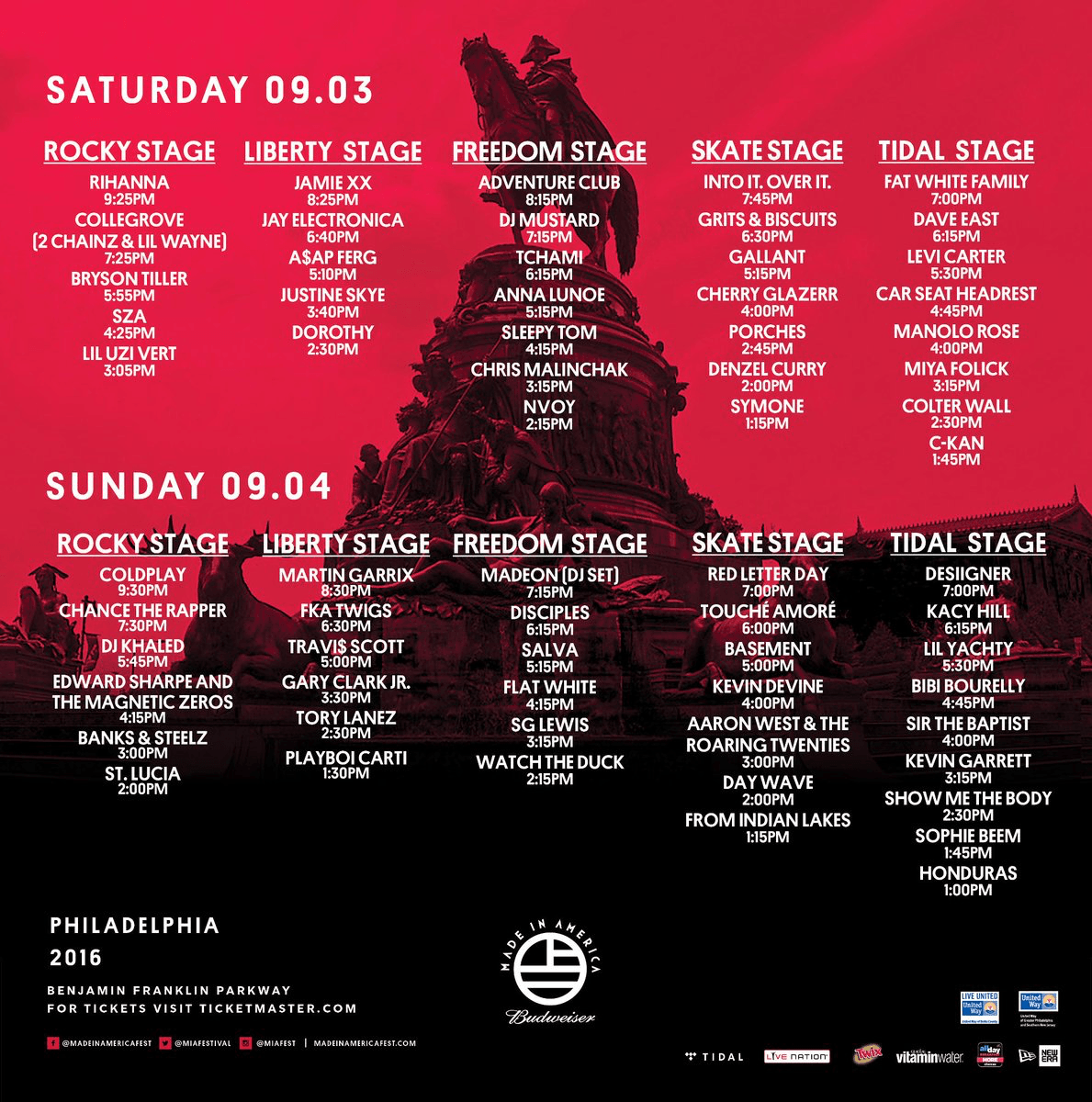 Watch livestreams of the three stages of your choice below, via TIDAL. No subscription is necessary.