Now that festival season is wrapping up, artists are announcing tours at a rapid pace — with Mick Jenkins and Smino being the latest.

With his debut album The Healing Component arriving September 23rd, Chicago’s Jenkins is hitting the road with St. Louis upstart Smino — who recently appeared on a leaked Chance the Rapper track and shared two quality singles of his own (the Sango-produced “Lemon Pon Goose” and “Kajun“) — for a quick run through North America.

“We’re just trying to see how much love is out there in the world in a time where we need it the most and spreading it everywhere we go,” Jenkins said. “I want to actively talk about love, what it is. What it means to people, what it looks like and in just mere conversation that energy might be transferred. But with the music that is precisely what we aim to do.”

Kicking off in Seattle on September 29th, the Red Bull Sound Select presented A Quest For Love Tour will roll through Los Angeles, Denver, Atlanta, New York, Philly, Toronto and Chicago, before coming to a close in St. Paul, MN on October 21st.

Check out the full set of dates below and get your tickets (for only $3) right here. 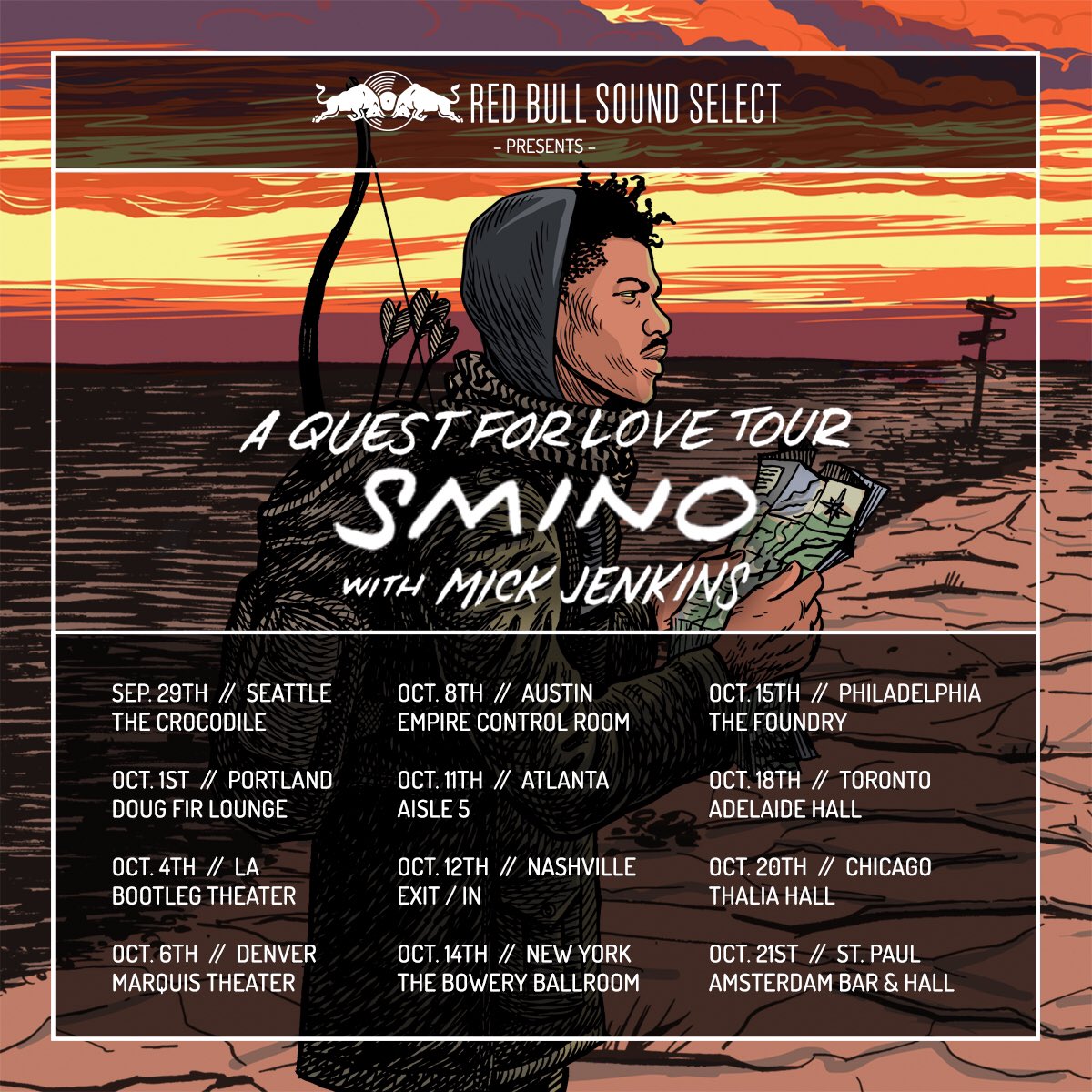