Now, the results are in — with André 3000 securing both the fan-vote (with 66%) and ours at the DopeHouse. And for obvious reasons… 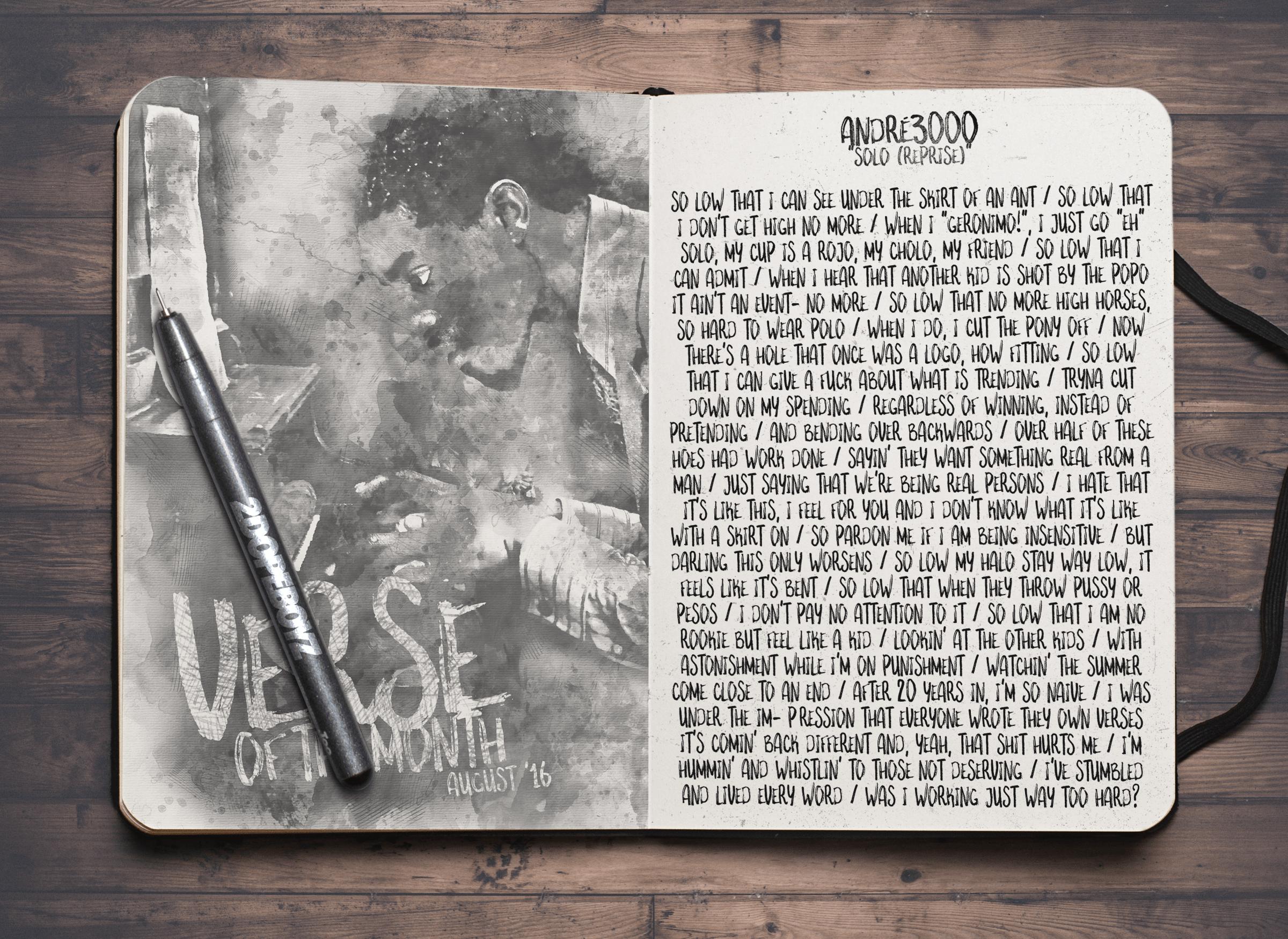 When Andre 3000 makes an appearance, it is common knowledge that we are being blessed by one of the best to ever do it. So when the always elusive Andre Benjamin showed up again in collaboration with Frank Ocean after the show he put on with “Pink Matter” off of Ocean’s channel ORANGE, it was expected that the ATLien would shine.

We just didn’t know what form he’d shine in.

Of course, our collective eyebrows were raised when Three Stacks sent what many considered to be a not-so-subtle jab at Drake and anyone who doesn’t write their own rhymes with the last few bars. However, as Cee-Lo explained (9:39), the verse was two years old and wasn’t a shot at Drake. It was just a gut punch to sucker emcees who act like they write rhymes, but don’t. So there’s that.

But, as a whole, 3000 simply obliterated his verse. From the scatting flow to the content within it, 1/2 of arguably the greatest hip hop group of all-time wrung every drop out of Ocean’s “Solo (Reprise)”.  It was political (“So low that I can admit/when I hear another kid is shot by the popo/it ain’t an event no more”), an indictment on a culture of materialism, introspective and, ultimately, the 2DopeVerse of the month in a landslide.