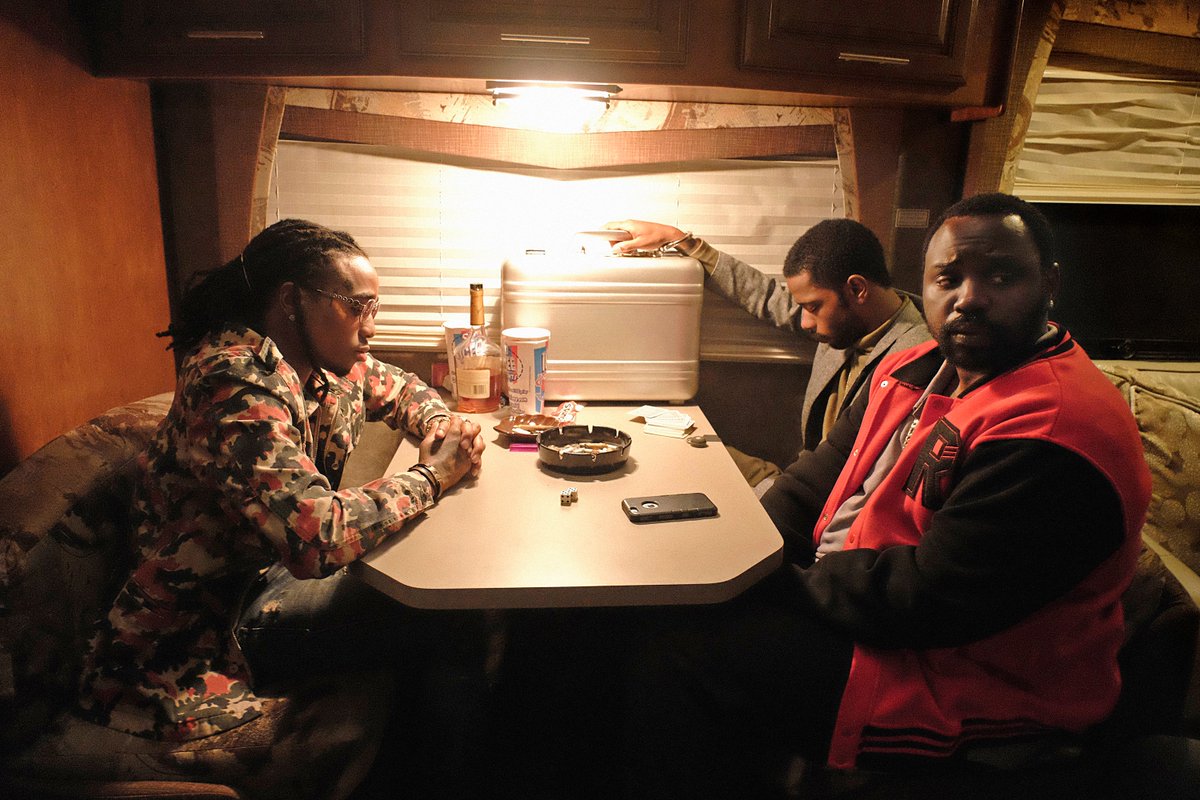 Between Hiro Murai’s ethereal direction and cinematography, Donald and Stephen Glover’s stellar writing and the outstanding character developments for the show’s main leads (Earn, Paper Boi, Darius and the beautiful Vanessa — portrayed by Zazie Beetz), Atlanta has captured the hearts of both locals and outsiders, giving an honest look into what it’s really like to live as an ATLien.

This week’s episode featured a cameo by Migos, and things took a pretty dark turn during their brief appearance on screen.

Footage of Quavo watching a clip of his performance has now surfaced online, and can be seen below. Just a quick heads up: Spoilers are ahead if you haven’t watched the latest episode.