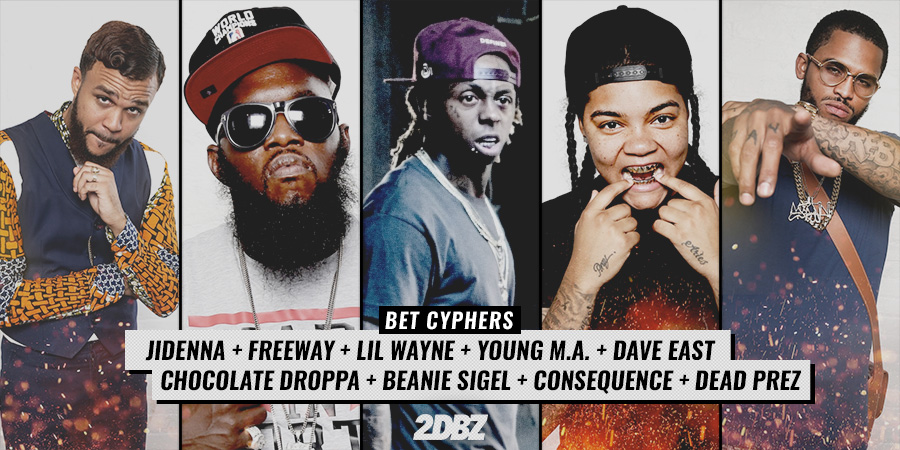 A stark contrast to its summer-based relative, the BET Awards, the BET Hip Hop Awards focuses primarily on rap music and culture. So, awards slated for nominees such as Yolanda Adams and Serena Williams have been replaced with nominations for Best DJ, Hustler Of The Year and the Made-You-Look Award (for most fashionable, because of course).

The 2016 cypher features a broad range of participants, with Lil Wayne joining Kevin Hart (as Chocolate Droppa) and a reunited State Property among the many highlights. Head down below for all of the sessions.