From the big screen and Netflix (if you haven’t started Luke Cage by now, you’re slippin — big time) to comic books and Hip-Hop variants, Marvel has been firing on all cylinders for quite some time. And today, we’ve got the green light to keep the momentum rolling with the release of two more variant covers.

Check em out below – in animated .gifs, of course – and be sure to check our interview with Marvel’s Editor In Chief Axel Alonso.

On top of the Avengers #1 and Occupy Avengers #1 covers, we’re also happy to share some great news about this year’s New York Comic Con.

“The hip-hop variant covers is Marvel’s humble holler back to an art form that influences so many of us,” says Marvel Editor in Chief, Axel Alonso. “This massive signing offers you a chance to meet the artists themselves.”

An exclusive poster that highlights some of the iconic covers will also be given out at the booth. 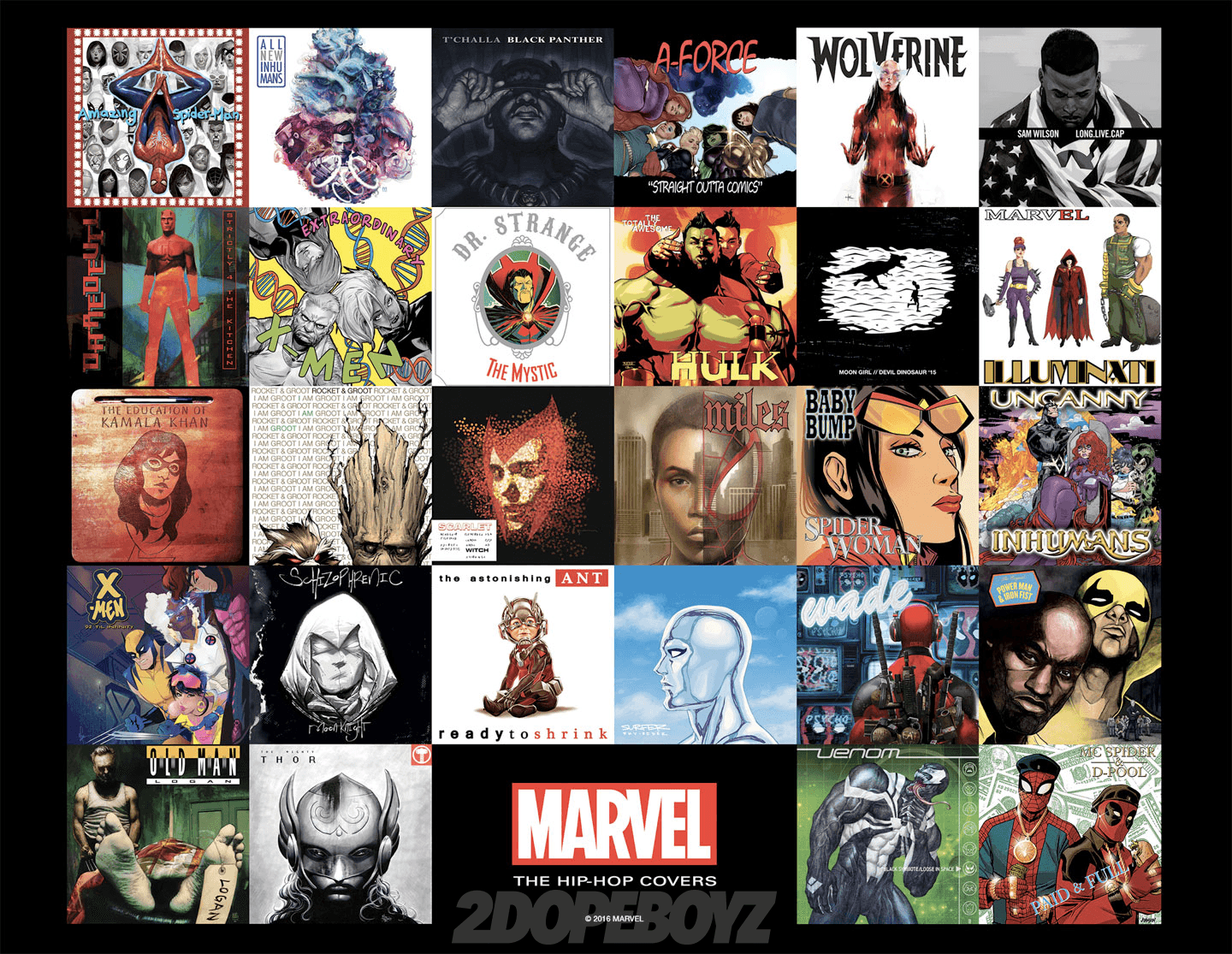