Not only is The Impossible Kid one of my personal favorites of the year, the talented emcee has also been delivering some of the most creative videos of 2016 — including “Kirby,” “Rings,” and “Blood Sandwich.” He also shared therapy sessions with an animated bear, made an appearance on The Late Show, and even put together a stop-motion movie for the album stream. Suffice to say, Ace Rizzle has been doing the most, and we’re totally here for it.

Today, the New York-bred emcee has announced the Hey Kirby Tour with fellow LICE contributor Homeboy Sandman. And to celebrate, he’s unleashed another video from The Impossible Kid — this time, for “Shrunk.”

Directed by Rob Shaw, the clip re-contextualizes the song’s narrative about Aesop’s adversarial relationship with therapy as an arcade game (one that’s exceedingly hungry for coins).

Check it out below, keep scrolling for the tour dates (which, unfortunately, doesn’t include a Vegas stop), and pick up The Impossible Kid on iTunes. 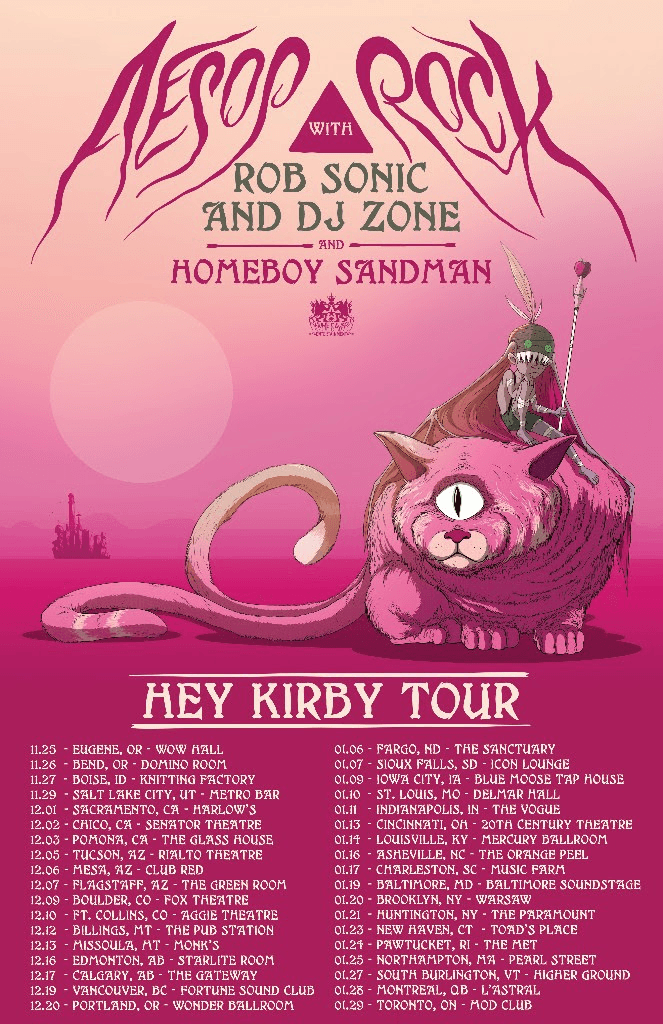