Verse Of The Month: Rapsody, “2AM”

Each month, we’re spotlighting the finest offerings and running a poll for you to vote for your choice of “Verse Of The Month.” After we tally the votes, we’ll post the winner of the fan vote as well as who the DopeHouse ultimately thought put together an excellent display of lyricism.

Past winners have included André 3000, Dave East and Nas. And for November, we’re rolling with Rapsody for her second verse on “2AM” with Ab-Soul. 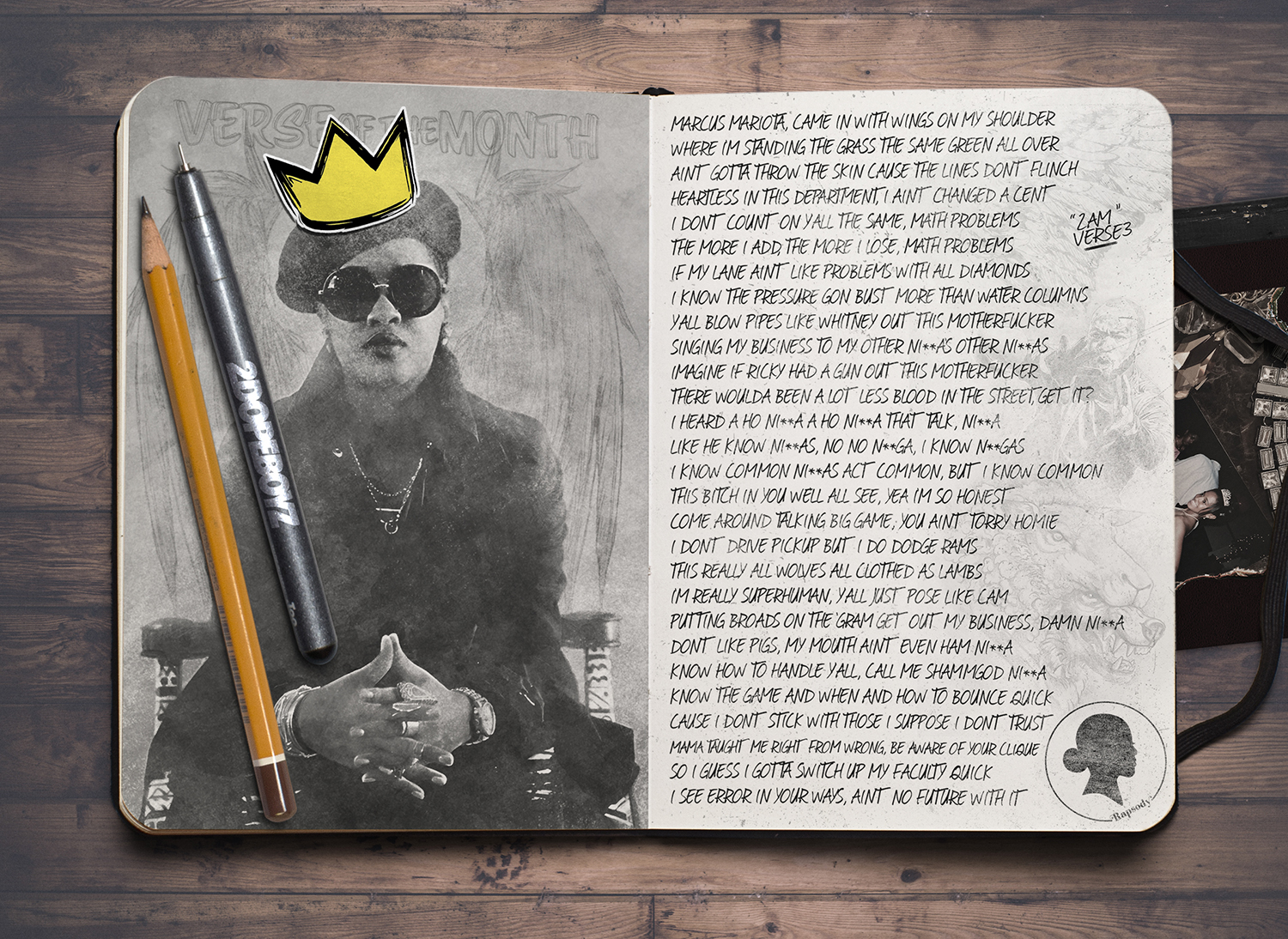 November proved to have some stiff competition. But after careful consideration (and some healthy debate) the DopeHouse’s choice is JAMLA emcee, Rapsody and her scintillating verse on “2AM.” It was further proof that she’s one of the most talented wordsmiths in the game with a menacing verse chock full of metaphors and witty punchlines. And when you close out with the brilliant “I see error (Ciara) in your ways, ain’t no Future with it,” you might as well slam the piano shut and yell “Good night!”

As for the fan vote, KXNG Crooked got the nod for “I Want To Kill You.” The full results can be seen below.

Go Behind The Cover With Anthony Supreme & J. Cole’s ‘4 Your Eyez Only’