A recent article in CNN proclaimed that 2016 was “the year that the music died,” and it’d be hard to disagree. George Michael, Sharon Jones, David Bowie, Prince, Phife Dawg, Shawty Lo, and Bankroll Fresh are among the many notable names who passed throughout the Year Of The Monkey. And that’s on top of the likes of John Berry (one of the founders of the Beastie Boys), Frank Sinatra Jr., Denise Matthews (better known as Vanity), Maurice White (founder of Earth, Wind & Fire), and countless others.

While this year has felt more tragic than the others, a saving grace was that it produced some of the most exceptional music in recent memory. Bruno Mars and Solange, respectively, reinvented themselves while Anderson .Paak re-introduced himself to the world. A mysterious duo quietly had the best album OVO Sound had to offer this year, while Beyoncé simultaneously aired her (alleged) dirty laundry while reminding white America that she is, in fact, a Black woman.

As the year comes to an end, we here at the DopeHouse have compiled a list (because, we all know you love lists) of our favorite non-hip hop moments for you to dissect, criticize, laud, lament, whatever. Keep in mind that these are the combined favorites of every employee on the site following a complex (not really), electoral college-style voting process (read: we just typed in ALL CAPS to “yell” at each other through email for a week) and not an indicator of our individual choices; those come later.

Read on below; you know you want to. 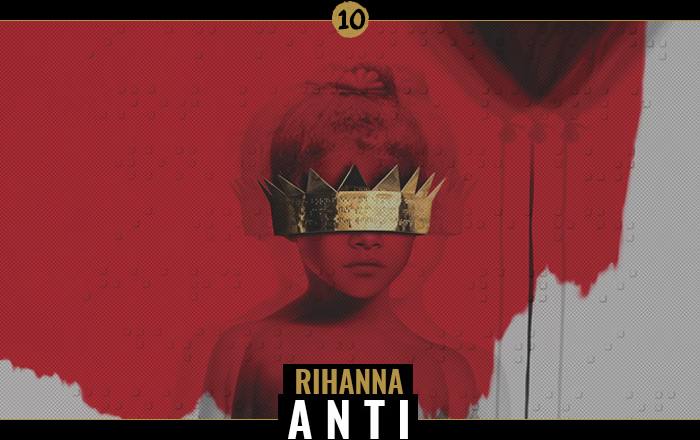 Rihanna went left and drove her bus into subterranean depths with ANTI, that was full of deep, brooding cuts and gnawed off the poppy gloss that she’s normally known for. Sure, we still got “Work” and all of its magnificent radio-ready dancehall glory but the pop princess opted to go a route that none of us anticipated for the bulk of the album. It was less of an album that haphazardly threaded together mainstream smashes and much more like a complete album. It was moody with joints like “Kiss it Better” and “Yeah, I Said It” while also delivering with dizzying sass on “Needed Me.” You can hate Rihanna all you want for what she’s done before but this is worth listening to with a fresh set of ears. — Andreas Hale 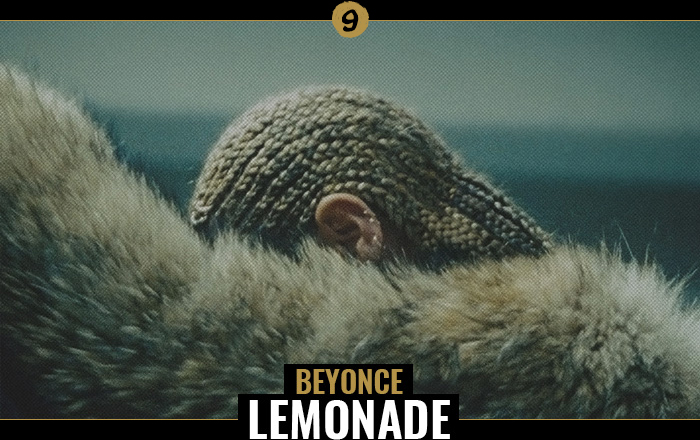 She pummeled the masses with a drop out of the blue that was a completely switch from the mainstream syrup we’ve been used to. Beyoncé fearlessly delivered an album full of blackness while having us question whether or not her relationship had been in any trouble. Lemonade was a powerful statement of what it means to be a proud black woman and had women across the globe challenging any Becky with good hair. It was a rich work of musical literature that began in the visual form and caressed our ears. While the ladies loved it, fellas couldn’t front on its infectious structure. Each guest felt much more than an arbitrary collaboration and songs such as “Sorry” and “Hold Up” embedded themselves in our DNA. For once, Beyoncé had gravity on her album as nothing simply floated away into the mainstream air. She’s easily the biggest pop star the industry has seen since Michael Jackson with her personal life shrouded in mystery. She deserves every single accolade she gets. — Andreas Hale 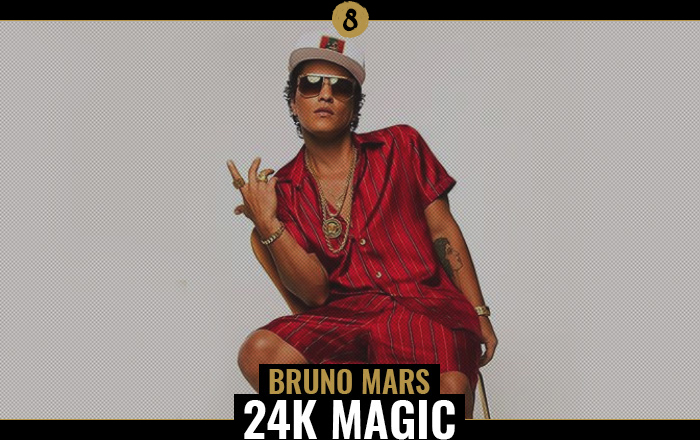 Let’s be real: “Uptown Funk” is unlistenable at this point. It’s soccer mom, Old Navy bargain-hunting, “I don’t season my poultry when I cook it” unlistenable. So when Bruno Mars said that his third studio album would expand upon on that vintage-esque sound, I was immediately apprehensive about it.

I couldn’t have been more wrong, and I’m glad I am.

Peter Gene Hernandez took it back to the future with 24K Magic. Yes, there’s traces of “Uptown Funk” there, but thankfully none of the stench. Instead, fans were treated to a mixture of New Jack Swing, West Coast-style G-Funk, and inescapable earworms throughout. While the title track and “Chunky” may get most of the attention, “Finesse” is in the running for one of the best party jams of the year. Just a word of advice for those who aren’t allowed to bring the mac and cheese to the cookouts: don’t ruin “Finesse” for me, please. — Meka Udoh 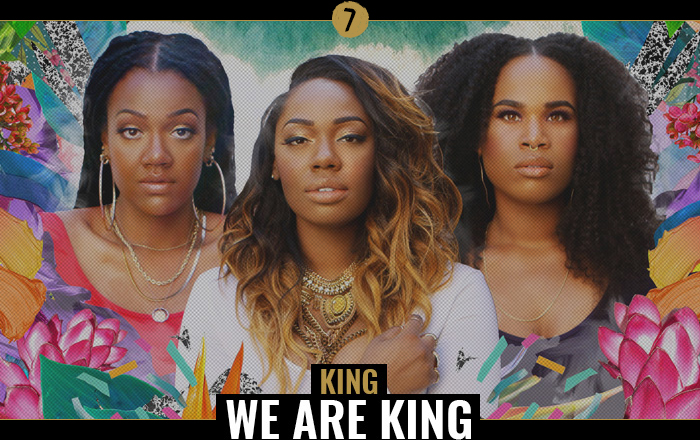 I want and plan to make a baby to We Are King. I plan to play We Are King ad nauseam to said baby with the hopes that, when the time is right, my child will start a family using We Are King as inspiration. I hope that, when I die, I am rich enough to be buried in a coffin that will play We Are King on an endless loop. Seriously, the album is that good. — Meka Udoh 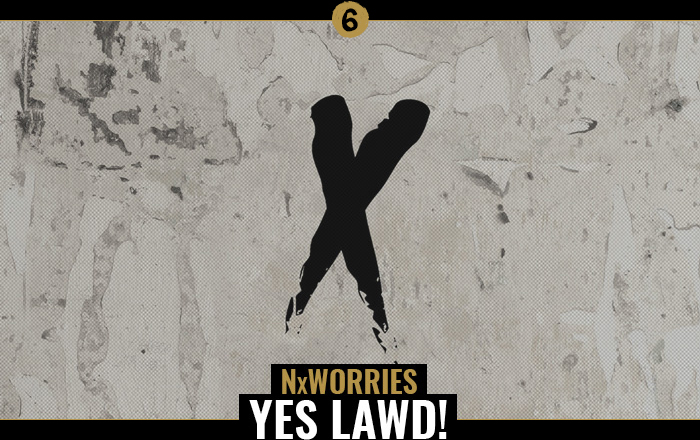 While Anderson .Paak’s Malibu has, admittedly, attracted all of the praise, Andy and producer Knxwledge’s Yes Lawd! is just as great as (and at times better than) its predecessor. A continuation of their 2015 EP Link Up & Suede, NxWorries dropped a cosmic slop of funky goodness that sampled everything from Ahmad Jamal to Rick And Morty. Malibu may have the heart, but Yes Lawd! has all the soul. — Meka Udoh 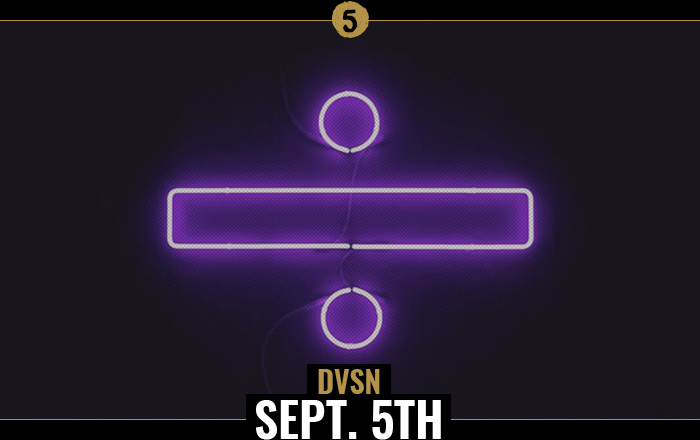 Vintage is in these days, be it the grunge-esque stylings in fashion or the recent MTV Classic network. Suffice to say, the debut album of dvsn is one of the best “old-sounding” albums to come in 2016. Influenced by the syrupy sonics of Timbaland, Missy Elliott and a Playa-era Static Major, the unapologetic slow burning ride into sexual exploration is a lust-filled homage to 90s-era R&B music. Criminally overlooked in between the hubbub of Drake’s mammoth-selling VIEWS and PARTYNEXTDOOR’s P3, Nineteen85 and Daniel Daley dropped the best OVO Sound album that, arguably, nobody knew about (based off its egregiously low album sales). — Meka Udoh 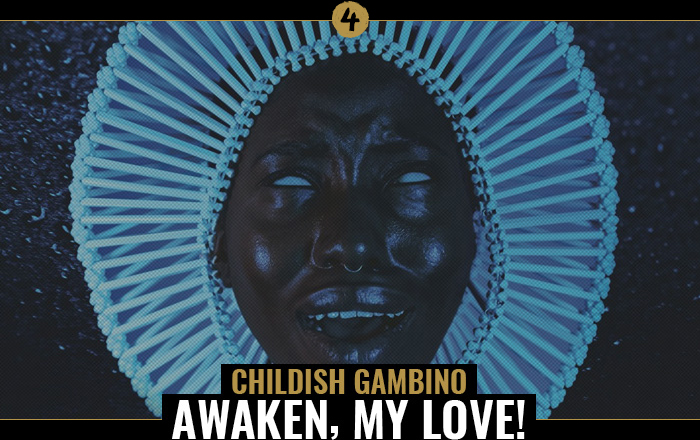 Definitely not what anybody expected, Donald Glover went from being an abstract Drake to drawing correct comparisons to André 3000 with an album dripping of psychedelic funk. Awaken, My Love was superbly crafted to pay homage to an era with a love letter that differed from how Kendrick Lamar brought the funk to the present with To Pimp A Butterfly. It was daring for Childish Gambino to eschew his exceptional rhyming ability for an entire album and challenge listeners to broaden their musical tastes. But it’s not like it wasn’t funky as f*ck because “Redbone” and “Boogieman” were a sample of top shelf shit. And if “Me And Your Mama” doesn’t make you feel like OutKast and George Clinton infected each other with the goodness and created a psychedelic love child, I don’t know what to tell you. This is badass music reserved for mo’fo’s who believe they are baptized in the funk. — Andreas Hale 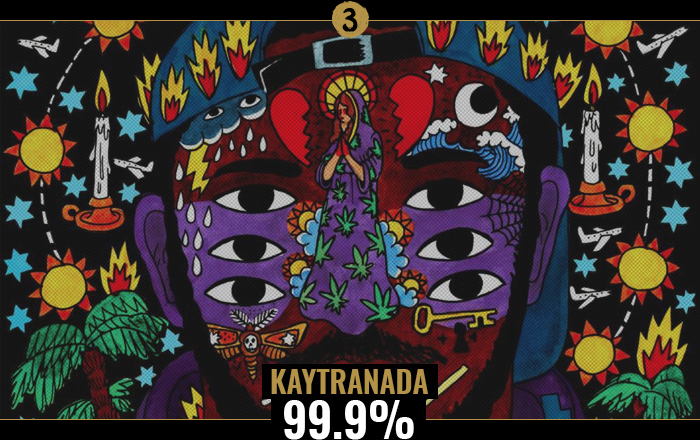 Diversely delicious, Kaytranada gave us something to dance in the mirror, bust some spades, fire up the grill for a BBQ and cool out to with 99.9%. Whatever your mood for the day was, Kaytranada had just the song to accompany those emotions. Packing a robust and effective list of guests, the Montreal producer gave us the rebirth of Craig David on “Got It Good”, a pulsating dance floor boom on the Syd The Kid assisted “You’re The One” and an exercise in hypnotic hip hop with Vic Mensa on “Drive Me Crazy.” And that’s just a few choice selections from an album that was built to be played on repeat multiple times throughout the week. — Andreas Hale 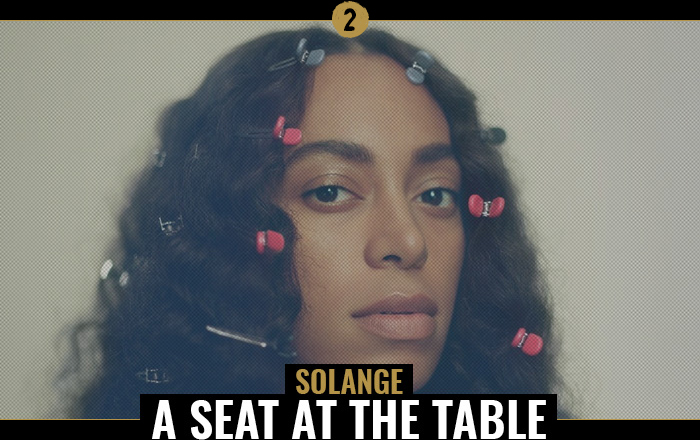 Solange Knowles has always had to deal with the meteor-sized shadow left by her mega-star older sister throughout her entire musical career. However, rather than retread Beyoncé’s scorned lover, Red Lobster-glamorizing R&Pop tunes, she went full Soulquarian and dropped the best album of her career, A Seat At The Table.

Weaving in and out of topics such as depression, self-love and #BlackGirlMagic with beautiful aplomb, Solange blended each song with poignant messages from the likes of her parents and even Master P (who, on the lowest of keys, was the real MVP of the album). To say that the album resonates with an entire community would be a grave understatement: you have to experience the euphoria of a 1,000 strangers singing “Cranes In The Sky” in unison at a party to truly understand the power of that song (trust me, I’ve seen it happen multiple times throughout 2016). Suffice to say, every accolade Solange achieved — from the GRAMMY nomination, to her first No. 1 album, to even this spot on our list — is more than deserved. — Meka Udoh

RELATED: The Evolution of Solange: How She Became Prince To Beyonce’s Michael Jackson 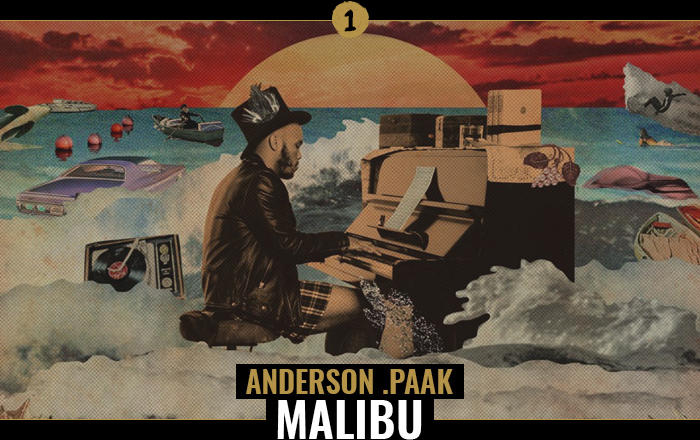 Try and say that 2016 wasn’t the year of Anderson .Paak and you deserve to be slapped in the face. A relative unknown in 2015 came to be one of the most sought after artists of the year. A modern day Curtis Mayfield, if you will, Paak showed us just how dynamic of a performer he could be. Stellar songwriting outlined Malibu and swiftly shoved it to the top of year-end lists for good reason. He tackled his family history and relationships with a vigor unlike any other artist out there and merged present day artistry with focused traces of the past. The groove of “The Season/Carry Me,” the sonic thump of “Lite Weight” and the candle lit evening ambiance of “Silicon Valley” are all different but blended so well on an entirely too good to be denied album. — Andreas Hale

Stay tuned all week as we break down our favorite hip hop albums, emcees, and verses of the year.