Emcees make the world go ‘round; or, at least they do in hip hop. The ever-important art form is perhaps the single-most important facet of rap music: the actual ability to rap. While every aspiring artist and established veteran constantly claim to have a God-like proficiency at rapping (spoiler alert: they usually don’t), there are only some that are well-versed in the act.

The ten artists that landed on this list have shown exceptional skill throughout 2016. Whether showing out on freestyles, stealing the show with their guest features, or killing it on their own songs, the following names exemplified and epitomized the art of emceeing in the past 12 months. Did your personal favorite make the roll call? Read on to find out. 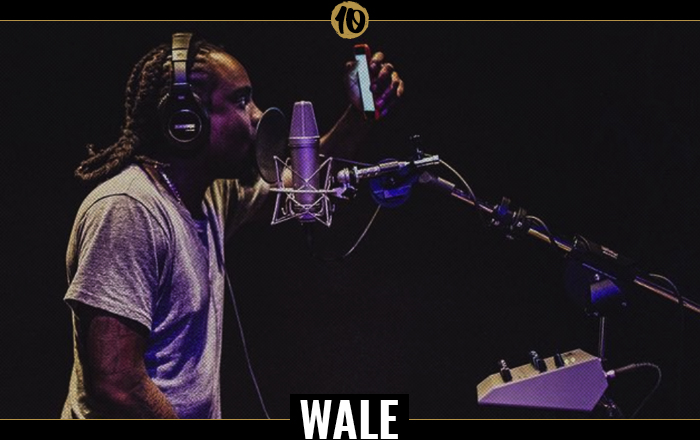 A few years ago, Wale was threatening to smack the proverbial kufi off of an entire editorial staff for their alleged snubbing of his third album, The Gifted, on their year-end list. Fast-forward to 2016, and you cannot deny that Ralph Folarin showed out during the year.

Blessed with his very first child, the new father provided ESPN’s First Take intro, dropped off the wonderful Summer On Sunset mixtape, celebrated #BlackGirlMagic with the video for his single “My PYT,” and even dropped an ode to WWE superstar Sasha Banks. But he saved his best for the last days of 2016, re-imagining songs by D’Angelo and Nas, dropping a song with so many sports metaphors that Phife Dawg would undoubtedly be smiling from heaven, and — perhaps thanks to J. Cole — showcased a dizzying and dazzling display of rhymes with “Groundhog Day.” The battery in Wale’s back was charged up, and then some. — Meka Udoh 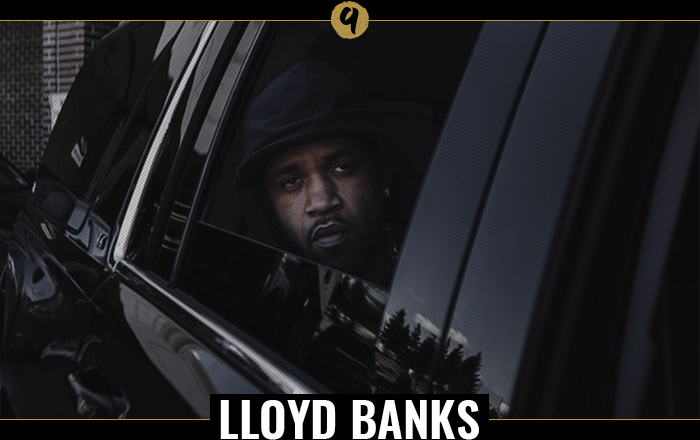 No longer can you say “remember when Lloyd Banks was dope?” because he’s been back with a vengeance in 2016. Blue Hef has constantly bodied everything in sight and has us clamoring for a full length project. Whether it be the verse he smoked alongside Big K.R.I.T. and Curren$y on “Change Lanes” or his work on both his AON: Live It Up and Halloween Havoc 3 mixtapes, Banks proved that he’s back and better than ever. 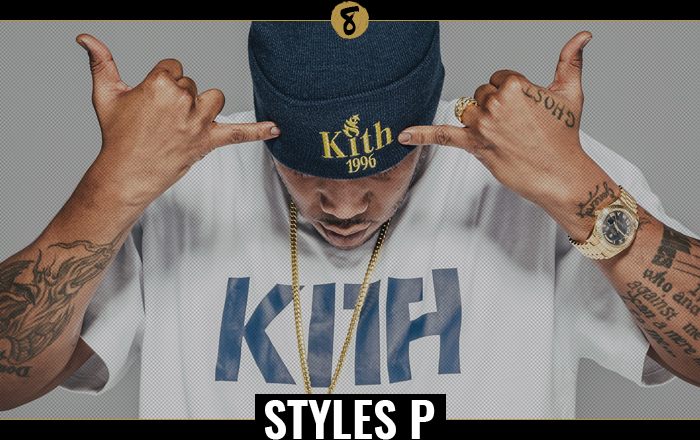 On the song “Savior,” Jadakiss boasts that The LOX are the “only three-men group where all of them is the strongest.” It’d be hard to debate that, judging off the year that Styles P had. While he didn’t drop a solo album in 2016, The LOX did reunite for Filthy America… It’s Beautiful and The Ghost flourished throughout the Year of the Monkey with a steady stream of guest contributions (Smoke DZA and Pete Rock’s “Milestone,” Termanology’s “I Dream B.I.G.,” Torae’s “Get Down”) and freestyles (“Rage & The Machine” with Joe Budden, his version of Solange’s “Cranes In The Sky”) that helped keep his rabid fanbase satiated for 365 days straight. Oh, and his song with Black Thought and 9th Wonder, “Making A Murderer?” One of the best hip hop tracks of the year, without question. — Meka Udoh 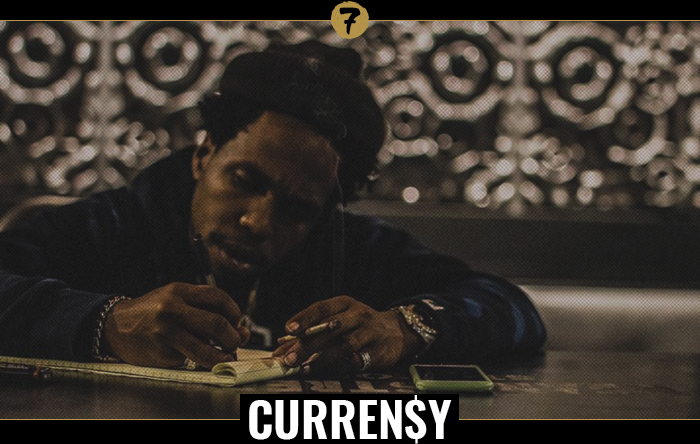 The model of consistency, Curren$y simply wouldn’t let up in 2016. And you can never once call something that he did wack unless you simply never liked him. He dropped 12 projects in a calendar year. TWELVE. And he killed them. His project with Alchemist, The Carrollton Heist, was remarkably dope. Just as The Legend Of Harvard Blue was arguably one of his finest works to date. Who knows what he has planned for 2017, but the chances are that it will be as consistently dope as he’s always been. — Andreas Hale 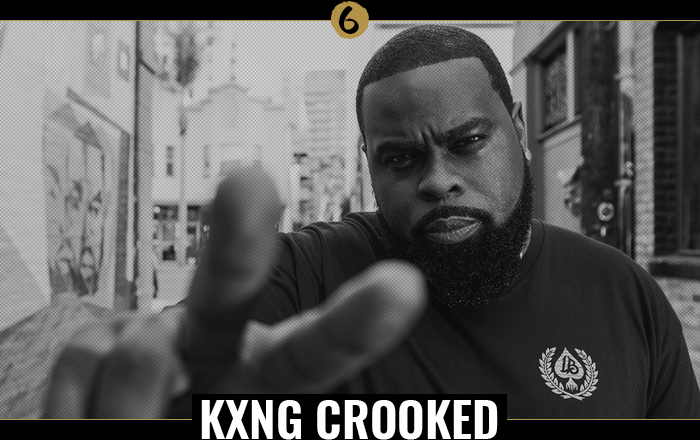 The artist formerly known as Crooked I was on both sides of the spectrum in 2016. He was a rhyme animal on his and Statik Selektah’s Statik KXNG project as every bar he dropped unlocked some kind of bizarre rap achievement. But he took things to another stratosphere at the end of the year when he bottled up all of the angst of Trump’s presidential run along with the numerous deaths of black men and women at the hands of police and dropped the politically charged Good vs. Evil album. Not too many can seamless shift between both worlds, but KXNG Crooked can. — Andreas Hale 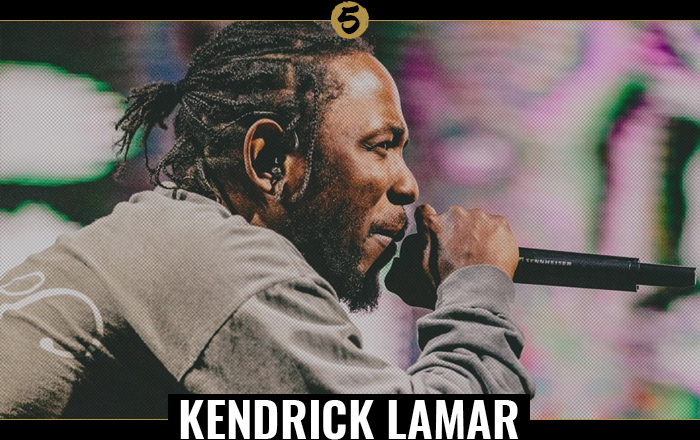 As remarkable as untitled/unmastered was, K Dot earned his spot on this list by catching a body on the “THat Part (Remix)” when he took a relatively fun song and turned it into a crime scene with a verse that featured a number of rhyming styles. Reading the lyrics will make your head explode and cements that it has always been quality over quantity with Kendrick Lamar. He also helped his case with killer contributions to Beyoncé’s “Freedom,” Travi$ Scott’s “Goosebumps,” Danny Brown’s “Really Doe,” DJ Khaled’s “Holy Key,” and Kanye West’s “No More Parties In LA,” proving that his appeal stretches far beyond super underground circles. Oh, and his Grammy performance? Brilliant. Kendrick Lamar transcends. — Andreas Hale 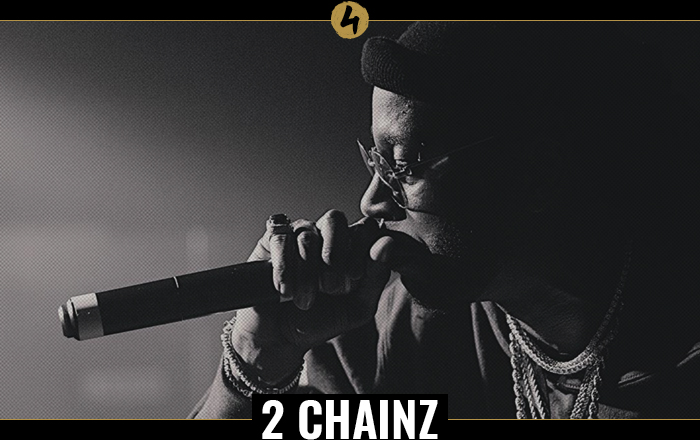 Perhaps the biggest surprise of 2016? 2 Chainz going off on everything.

Fully entrenched as a superstar in his own right, the former Tity Boi could do no wrong: he dropped four high-quality projects (Felt Like Cappin’, ColleGrove with Lil Wayne, Daniel Son; Necklace Don and Hibachi For Lunch), had some of the best guest features of the year (Chance The Rapper’s “No Problem,” Kanye West’s “Champions,” and MADEINTYO’s “I Want” among others), and surprised everyone by teaming with Statik Selektah (“Smoke Break”) and De La Soul (“Whoodeeni”). Hopping between trap and boom bap — two sub-genres of rap music that couldn’t be more different —with ease, 2 Chainz would probably feel at home over some Alchemist and Madlib production as he is over Zaytoven and Mike WiLL Made It’s, and all of it would be universally accepted. — Meka Udoh 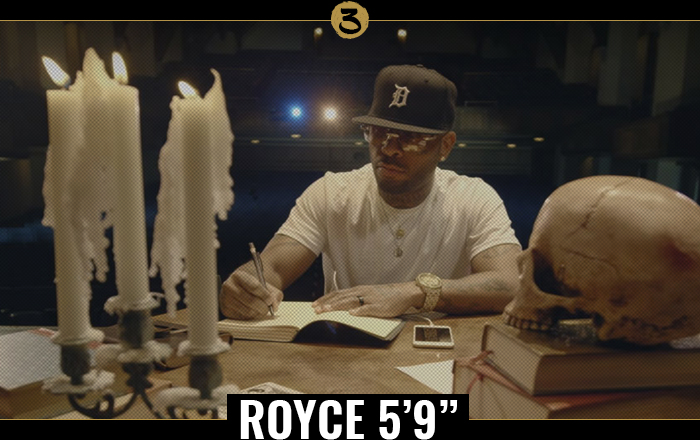 Nickel Nine has been a role model of high-quality rhymes and consistency throughout his twenty-plus year career, and that talent significantly progressed in recent years thanks in part to both his Slaughterhouse brethren and PRhyme co-conspirator DJ Premier. However, when he returned with his sixth solo album Layers in April 2016, he firmly established himself as one of the best in his field. Intensely personal, Royce peeled away at the metaphorical onion and let listeners in to a world that is filled with ecstatically high joys and emotionally sorrowing lows. It was vulnerable, it was hopeful, and it was damn near perfect. Add that to a litany of scorching guest verses on tracks with everyone from Rick Ross to EarthGang, Royce more than earned a slot on this list. — Meka Udoh 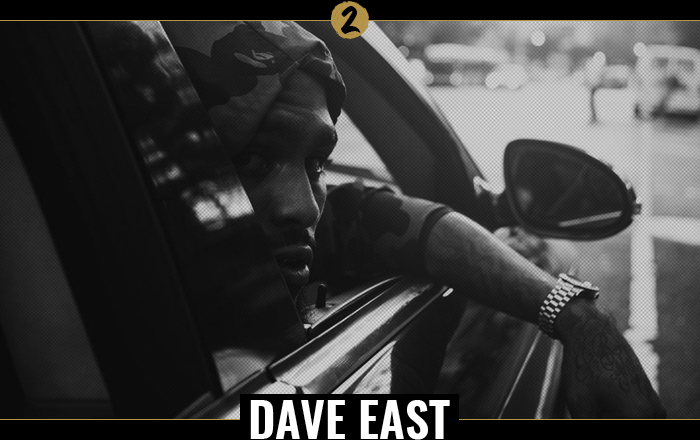 I moved to New York in 2009, partially, for its dense hip hop history. Unfortunately, I also moved to New York in 2009: 50 Cent was beefing with Rick Ross, Method Man was beefing with Joe Budden, and the radio was playing songs like “Arab Money,” “Throw It In The Bag,” and a overzealous Funk Flex blasting JAY Z’s “D.O.A. (Death of Auto-Tune)” roughly 49 times in 23 minutes.

The music didn’t really get much better for a while, until a new generation of rappers began to emerge from the ashes: the A$AP Mob, Joey Bada$$ and the Pro Era crew, the Flatbush ZOMBiES, and Dave East among others. The latter, however, really shined brightly throughout 2016, torching every guest feature (“Time Ticking,” “Body For My Zip Code,” “Hold Me Down”), blazing through his EastMix series, and delivering one of the most cohesive rap releases of the year in Kairi Chanel. He landed a deal with Def Jam, secured a slot on XXL’s Freshman class and even nabbed our Verse Of The Month for “Don’t Shoot.” With its hip hop scene finally revitalizing, New York appears to be in good hands and Dave is partially responsible for that. — Meka Udoh 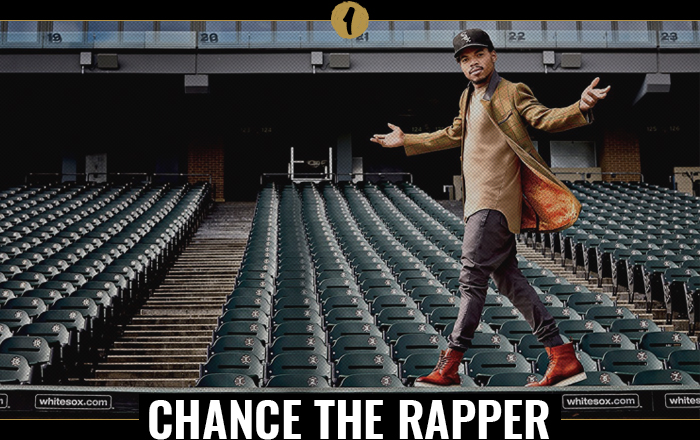 Initially, Chance was known mostly for his voice (word to Guru). As time passed, we realized just how uniquely talented the Chicago rapper truly was. And in 2016, Lil Chano from 79th graduated to the top of his class as a remarkable artist. He absolutely bodied Kanye West’s “Ultra Light Beam” to set the tone for the year he was about to have. Coloring Book was a moment in time where a rapper matures right before your eyes and becomes a pound for pound great. His talent was something you couldn’t escape from. Hell, he even made a Christmas album that wasn’t corny. And when he came thru as a guest, no matter who else was on the track, they were ignored. Chance’s glow was unparalleled in 2016. — Andreas Hale