The rumor was actually truth, as it turns out.

In November 2016, it was reported that the organizational committee of Coachella had secured its “Big Three” of performers for the 2017 installment: Radiohead, Kendrick Lamar and Beyoncé.

Formally announcing the lineup today (January 3rd), it has been revealed that all three acts will indeed close out each of the three nights of the massive California festival: Radiohead on Friday (April 14th and 21st), Beyoncé on Saturday (April 15th and 22nd) and Kendrick on Sunday (April 16th and 23rd). 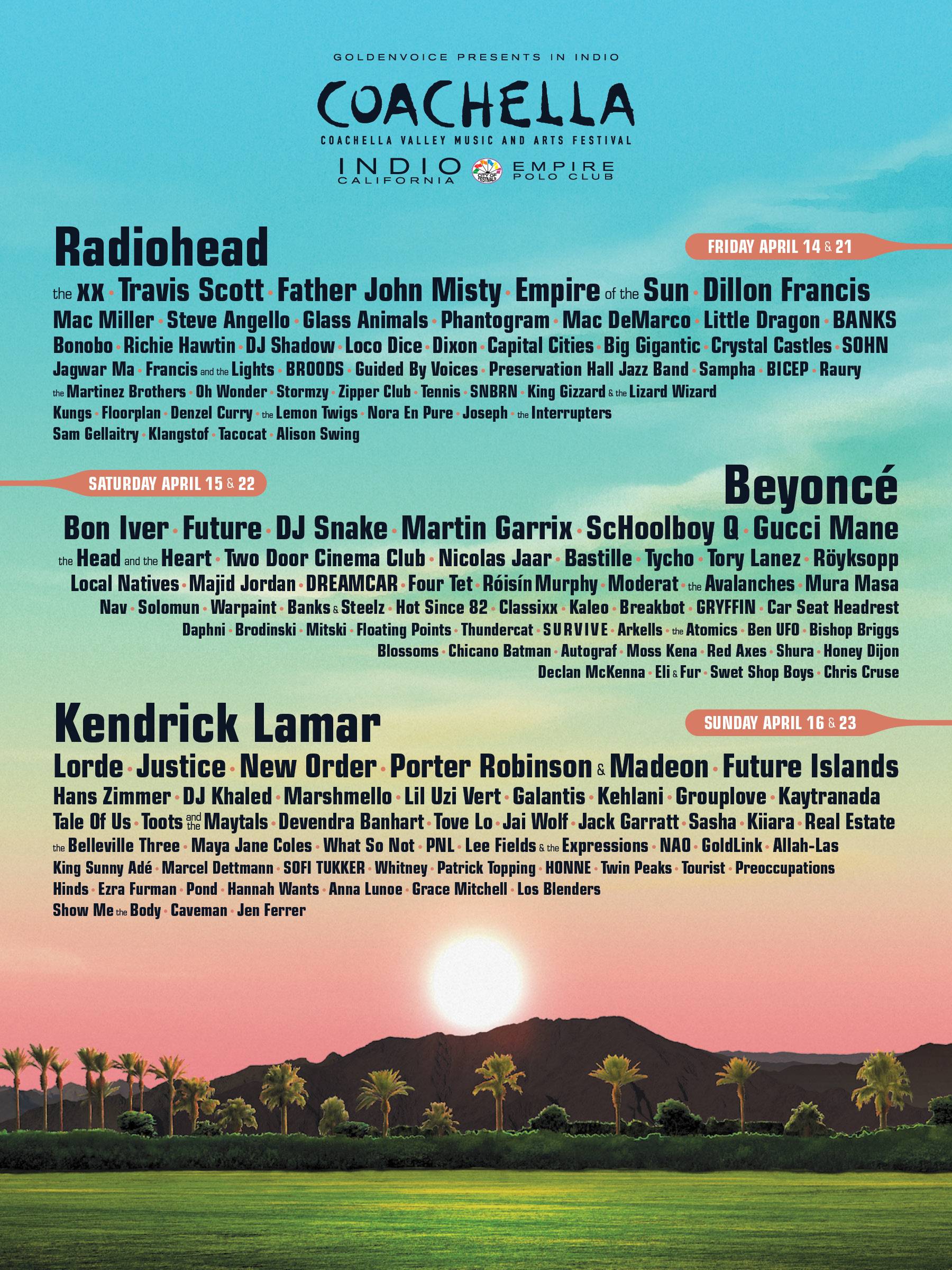 All three are veterans of the California-based festival: Radiohead has performed four times already, while Kendrick has regularly guested on other artists’ sets (he came out during Ice Cube’s 2016 set). Beyoncé has yet to perform, but she is a festival regular and has been caught rocking out in the VIP section with fans (or, at least, a massive security detail).

Festival passes for both weekends go on sale Wednesday, January 4th at 11AM PST.