After releasing the video for the his dance-happy single “Moves,” Big Sean plans to spend his Spring on the road.

With his fourth album, I Decided, arriving February 3rd, Sean will also embark on its eponymous tour. Starting March 17th in Houston, the 21-date escapade — presented by Live Nation — will take him throughout the various major cities in North America. Sean will also be joined by ATLien MADEINTYO, who is coming off a breakout 2016 with his hit single “Uber Everywhere. 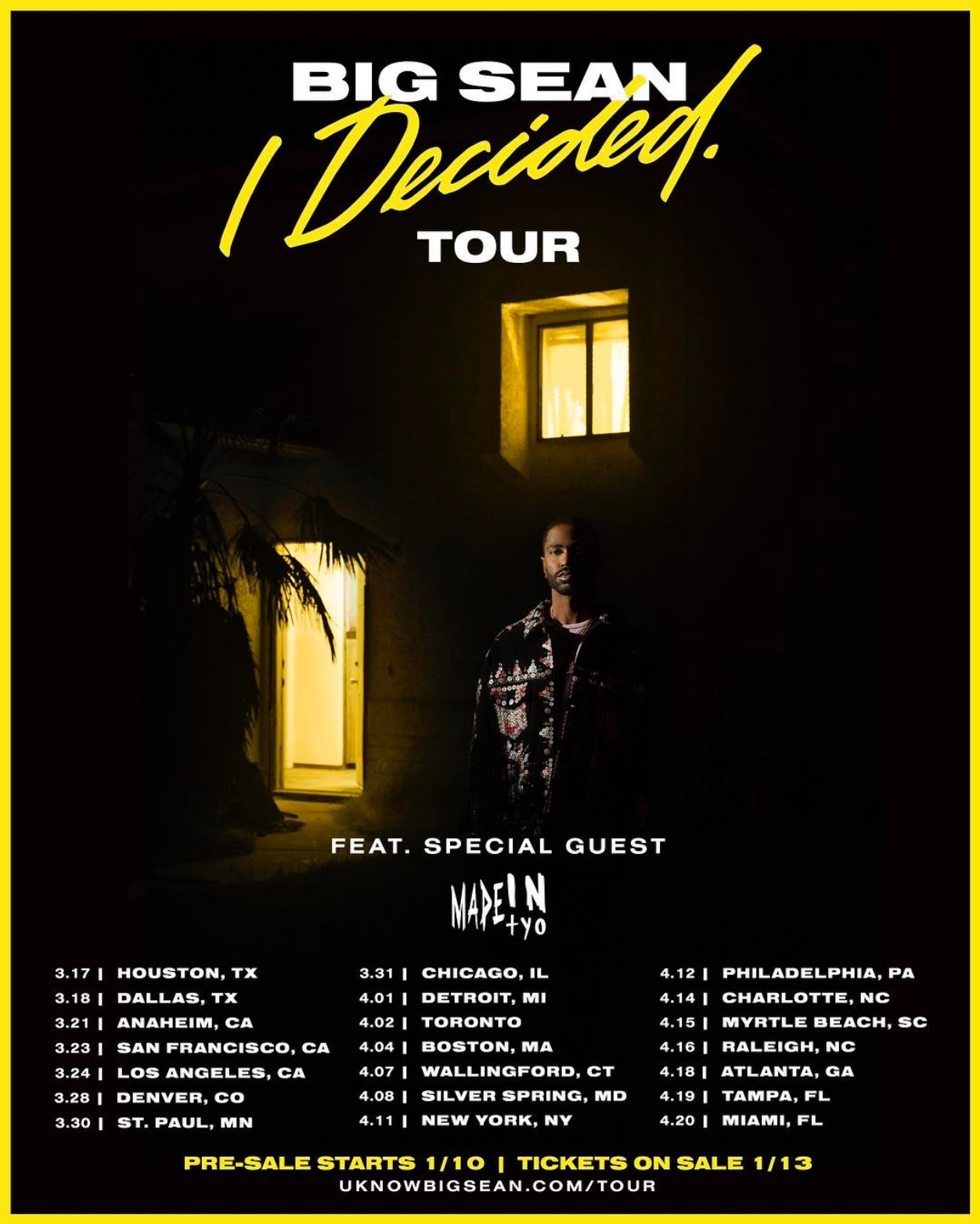 Migos’ “Bad And Boujee” Is The No. 1 Song In The Country