In 2016, the Panorama Festival was created to be the sort-of “New York sibling” to California’s long-running Coachella (now in its 17th year). Headlined by the likes of Kendrick Lamar, A$AP Rocky, Run The Jewels, Anderson .Paak and others, the first installment was a huger success. Naturally, it’s being brought back for second go-round.

Taking place at Randall’s Island (whereas its competitor, Governors Ball, is held “down the street” at Governors Island), Panorama will play host to A Tribe Called Quest, Solange, Frank Ocean, Isaiah Rashad, Jamila Woods, Vince Staples, THEY., Towkio, 6LACK, Noname and several others. 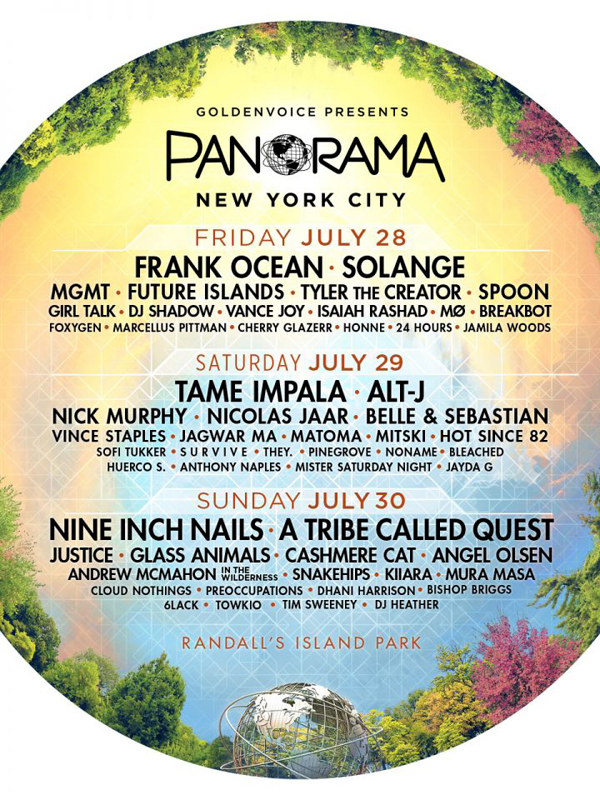