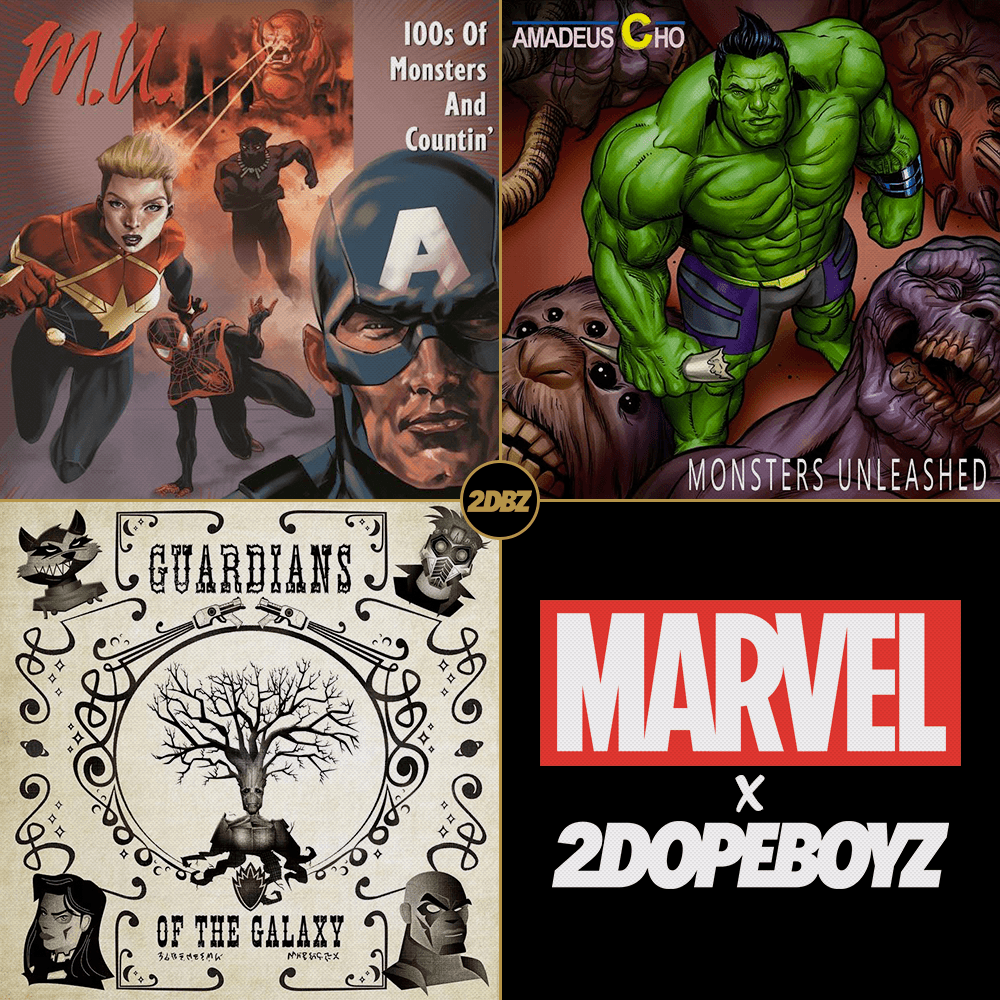 With their long-running and acclaimed Hip-Hop Variant series, Marvel has paid homage to albums of the past and present with their startlingly accurate superhero depictions of various rap albums.

From Logic to Pusha T to Desiigner and J Dilla, Marvel even released a book last year featuring a small sample of the growing collection.

Today, The DopeHouse was given the green light to debut the first batch of 2017 releases — which finds Sean Price’s Mic Tyson, Goodie Mob’s Still Standing and N.W.A’s 100 Miles And Runnin’ re-imagined through the Guardians of the Galaxy, Spider-Man, The Hulk, Black Panther, Captain America and Captain Marvel.

Check them all out both below – in animated .gifs, of course (click for hi-res) – and be sure to check our interview with Marvel’s Editor In Chief Axel Alonso.