Past winners have included André 3000, Dave East, Nas, and Rapsody. And for January, we’re rolling with Royce 5’9″ for his destruction of the Migos’ “Bad & Boujee” beat on “Beats Keep Callin.” 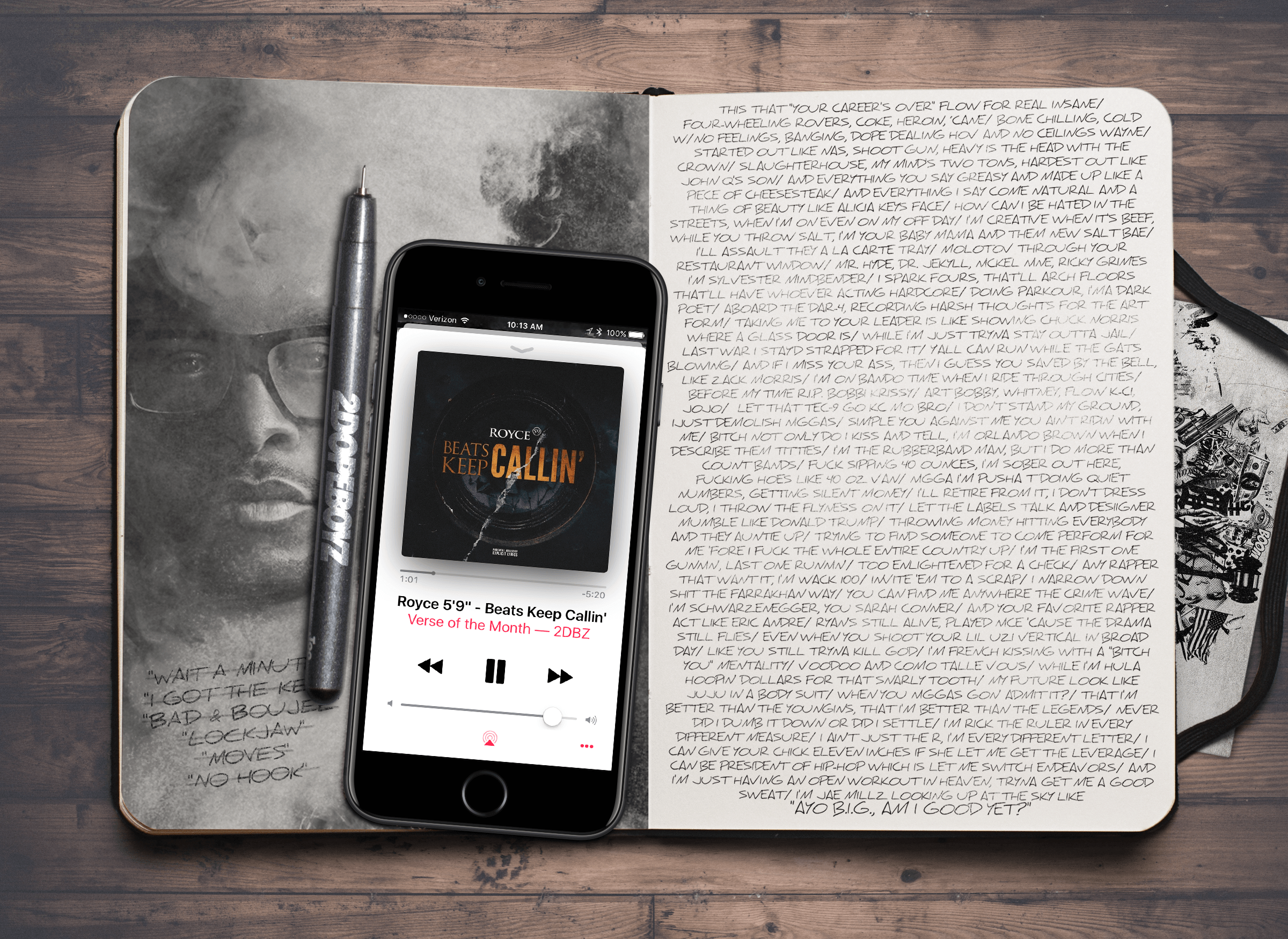 Was there really any question who owned the month of January when it comes to a vicious barrage of bars? Not for us. Royce 5’9″ apparently woke up one morning, heard some beats and figured that he should show the world what happens when Detroit’s finest is incensed to kill shit. Honestly, we could have populated this entire list with Royce verses. But, alas, it was “Beats Keep Callin” that drew the nod.

If, for whatever reason, Migos’ bars on “Bad & Boujee” didn’t move you, allow Royce to terrorize the track. The flow was ridiculous, the rhyme scheme filthy and the punchlines disgusting. The references were both subtle and overt while there was absolutely no doubt that Nickle Nine had torched the track to the point where no other emcee is allowed to touch it.

This was also the first month since André 3000, that an artist won both the 2DBZ vote and the fan-vote — taking 34% of the overall votes.