Super Duper KYLE spent 2016 regrouping after pushing his debut album, SMYLE, with singles “Doubt It,” “Blame” and “iSpy” featuring Lil Yachty. As the wait for the West Coast native’s project continues, KYLE connects with Cousin Stizz — one of the East Coast’s hottest up-and-comers — on “Want Me Bad.”

“I know they want me bad,” KYLE repeats on the hook, hinting he knows fans and people surrounding him want nothing but success for (and more frequent releases from) him, and he’s trying his best to stave off the demons that hold him back. Stizz echoes the success KYLE strives for, noting his the struggle of his upbringing was worth it to get to where he’s at now.

Check it out below and keep scrolling for dates for KYLE’s Super Tour with Stizz. 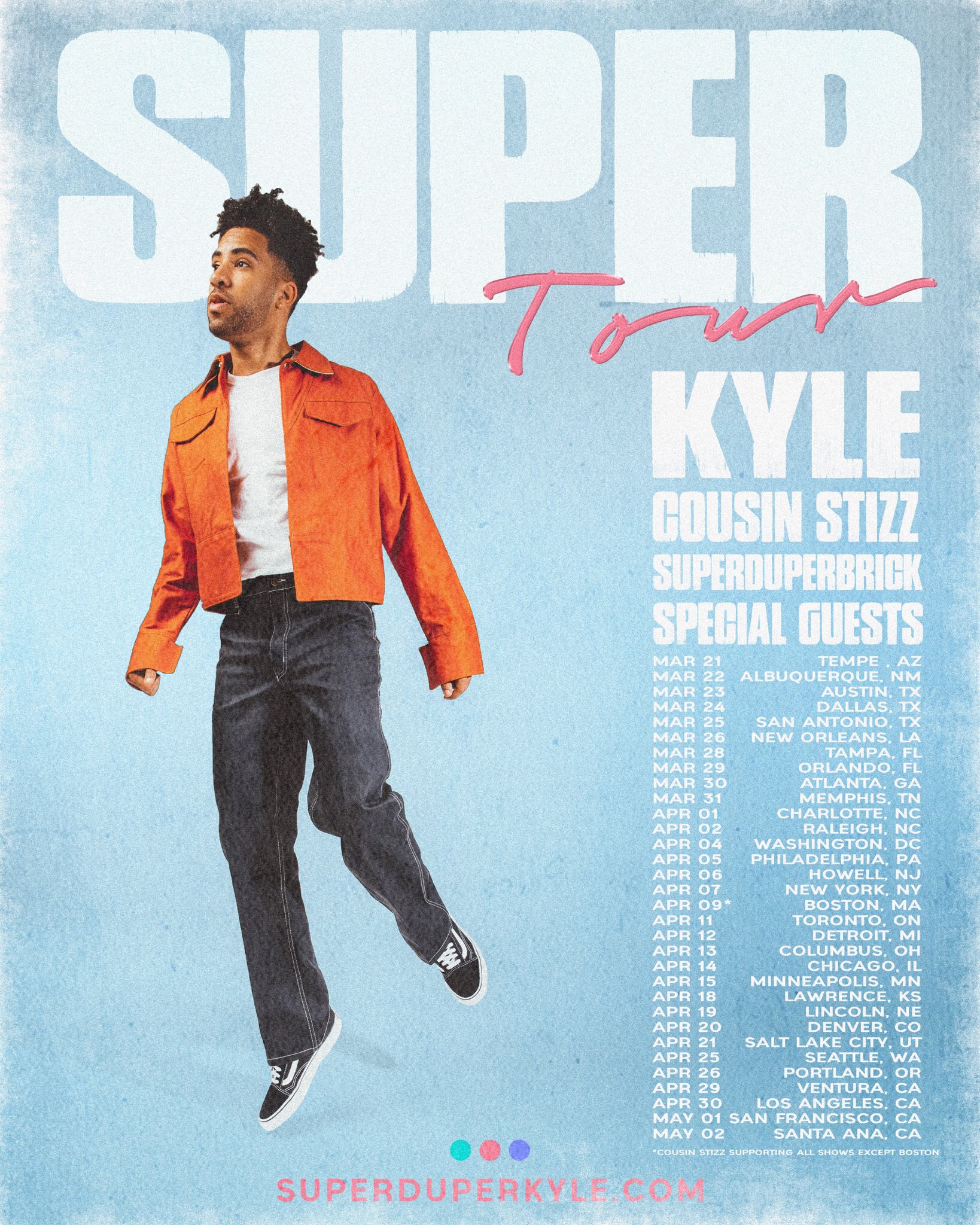