When it comes to music, who really knows what Lil Wayne has on the way.

Depending on who you ask, we’re right around the corner from several projects—including, but definitely not limited to, Tha Carter V, Funeral, Dedication 6, and Velvet.

While we wait for some actual release dates, Wayne is keeping things moving with his Kloser 2 U tour. 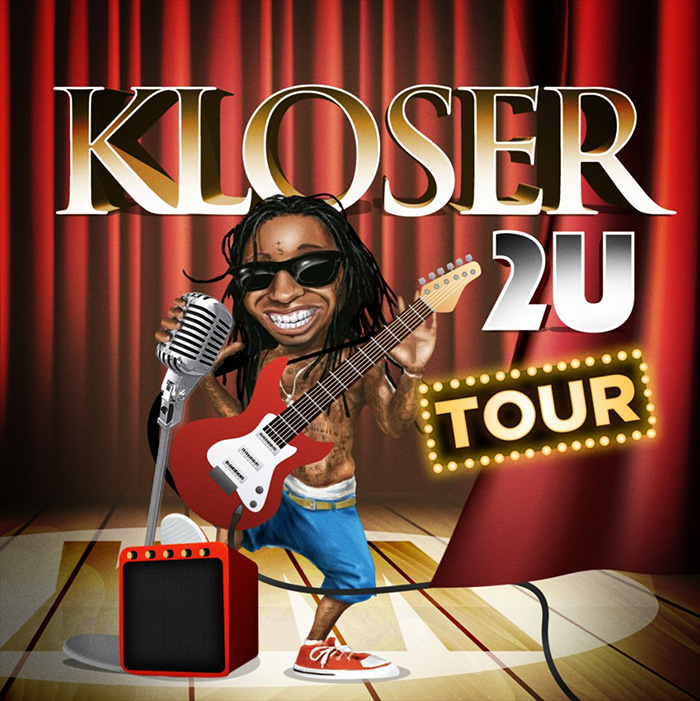 Kicking off April 14th in Louisville, KY, the 12-stop trek will run through Anaheim, Oklahoma, Houston, and Atlanta, before wrapping up in Detroit on May 11th.

UPDATE (3/3): Turns out, Kloser 2U is just one of three tours Lil Wayne has planned for the year. Taking to Instagram, he announced his Kampus Krash and World Wide Weezy tours. No details have been released yet, but the artwork for each can be seen below.