Usually when an artist goes on a tour in support of an album, it’s because the album has hit stores. So, it’s safe to assume that Wale will be dropping his fifth studio album SHINE soon, as he has announced a tour for it.

A 15-date headlining trek, Wale will spend the entire month of May on the road ping-ponging across coasts. While the album itself has, at the time of this piece, not been released, it is somewhat safe to assume that it will see the light of day just in time for the tour. 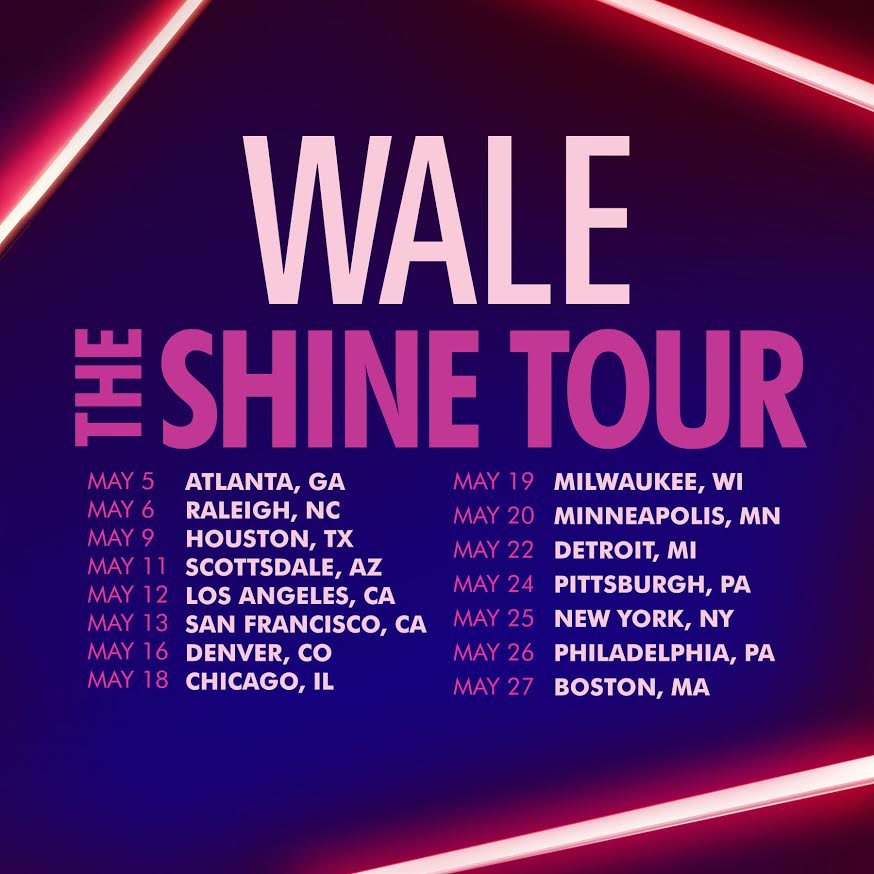