Back in February, Pitchfork reported that the follow-up to Vince Staples‘ major label debut Summertime ’06 would “drop very soon,” as concertgoers who bought the VIP package for his The Life Aquatic Tour will get the album emailed to them when it was released (as well as a copy of a physical CD mailed to them).

Now, it appears that the title of the album has been revealed in Vince’s recent interview in VICE Magazine. Speaking to Kyle Kramer, the sit-down revealed that his album will be called Big Fish Theory:

He’ll soon embark on several months of further explaining — his new album, Big Fish Theory, is sure to generate press and daunting lines of questioning from reporters. 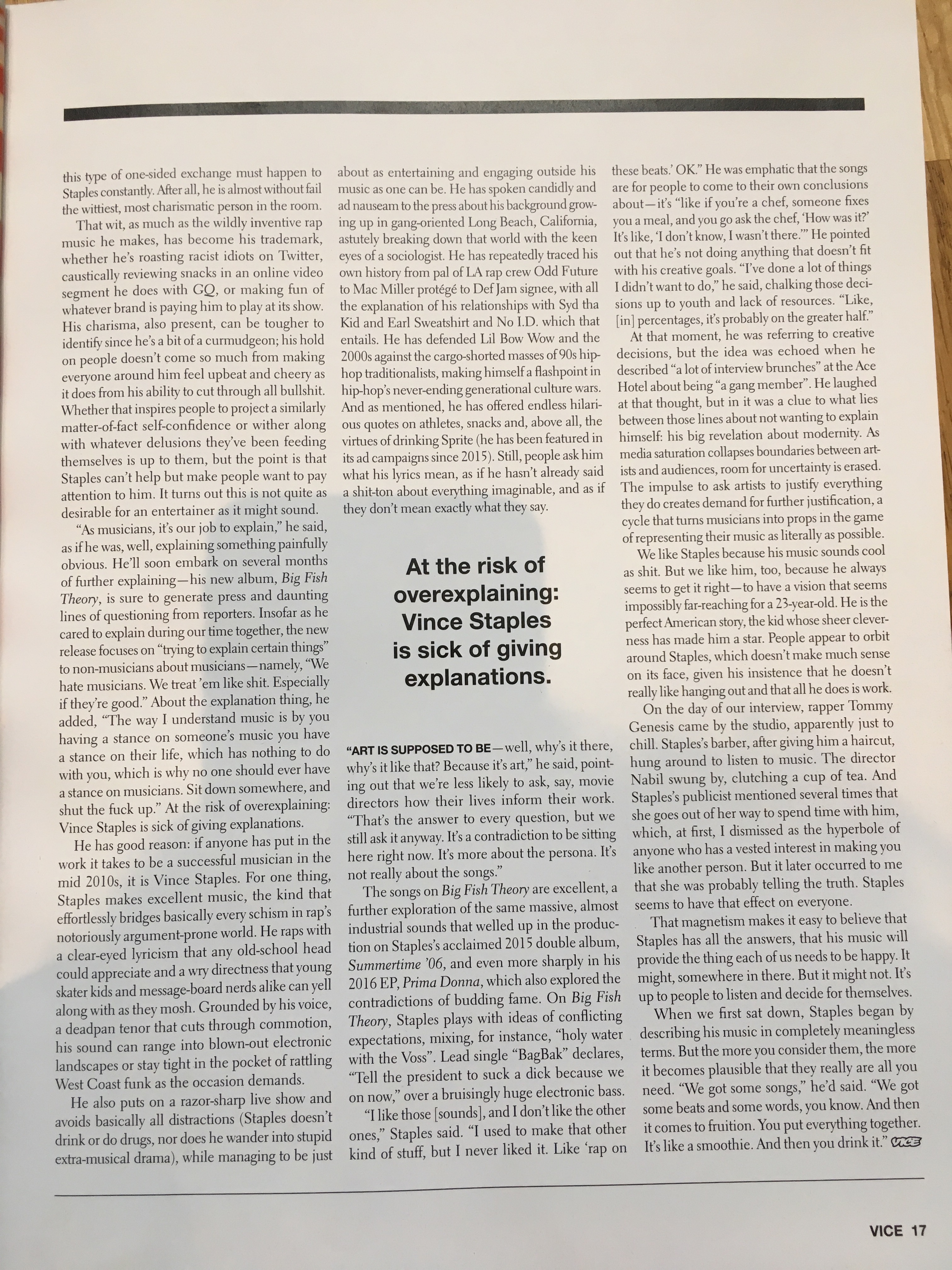 There’s still no word on when, exactly, the album will formally release.

Vince also made a cameo in Converse’s short film, Forever Chuck, alongside Rejjie Snow, Jordan Clarkson of the Los Angeles Lakers, Keith Ape of “It G Ma” fame, and others. That can be seen below.