Last month, the DopeHouse decided to get in on the March Madness fun with a tournament to decide what is the greatest diss track in the history of hip hop.

With that came “Diss Track Madness,” where we selected 32 of the greatest diss tracks and pitted them against each other in a single elimination tournament. We seeded them based on perceived popularity and separated them by divisions. What happened next was a battle between the diss tracks to see which one will advance. In the head to head battle, the criteria came down to just how potent the diss song really was. Take away how popular the emcee who wrote the diss was and go bar for bar to see who deserved to advance.

Starting with 32, we broke it down to the Sweet Sixteen, then the Elite 8 and the Final Four. And now, after a week of debating the championship round between Ice Cube’s “No Vaseline” and Jay Z’s “Takeover,” we’ve finally crowned a winner: ICE CUBE!

When Ice Cube left N.W.A. in 1989, nobody was quite sure what to expect. After all, Cube was part of a legendary group that redefined rap forever. But in an era without the Internet, nobody was quite sure where Cube would land. While N.W.A. attacked Cube on 1990’s 100 Miles and Runnin’ and 1991’s Niggaz4Life, the Compton rapper exploded with his solo debut AmeriKKKa’s Most Wanted and followed with the Kill At Will EP.

But there was always a bullet in the chamber for his former crew.

The reason why “No Vaseline” earns the nod over Jay Z’s “Takeover” as the greatest diss track of all-time is because of what Cube unleashed in a five-minute tirade that buried his former group. From beginning to end, Cube was on the assault. From the soundbites in the intro, to his brutal attack on the credibility of his crew and his last verse completely annihilating Eazy E, this was about as consistent of a diss as you’ll ever hear.

Keep in mind that this is 1991 and the release of a diss record didn’t happen overnight. This was a cold, calculated response to a collective that he helped make “the world’s most dangerous group.” Nobody could deny the victor in this feud because Ice Cube slammed the casket shut over a bouncy sampling of Brick’s “Dazz.” While Jay Z may have been surgically precise with “Takeover,” Ice Cube was just relentless in a way that we had yet to hear at that time. Many diss records take some time to really get going but Cube didn’t leave a pocket of oxygen for anyone to get a word in.

And what could they say? That Ice Cube was lying? That they were better? Nope. In 1991, Ice Cube was at the top of his game and earned the respect of both coasts. In retrospect, some of the disses that Cube fired wouldn’t fly in 2017. However, in that era, this was all fair game.

Cube did something that Jay Z and very few have been able to do and that is pur away a number of enemies with one song and make sure they never, ever diss you again. 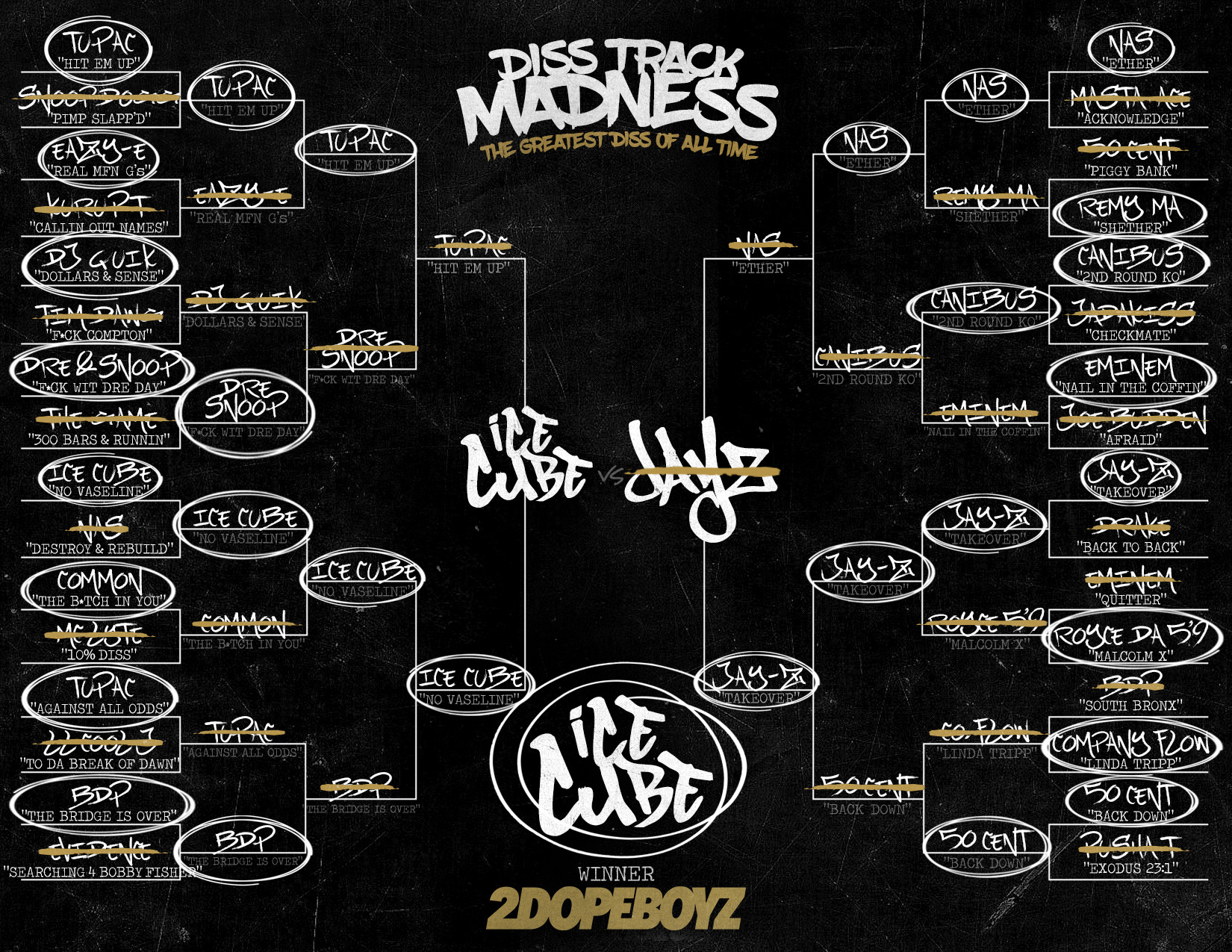 Michael Christmas Returns With “Not The Only One”