In 2016 the Powamekka Café — a pop-up restaurant in honor of 2Pac, inspired by the eatery that the rapper was planning to open before his untimely death — opened in Fresno, CA for one day to celebrate the slain rapper. Thanks to its success — and his upcoming induction into the Rock & Roll Hall Of Fame — Powamekka is now headed to the Big Apple.

Sweet Chick, the Nas-backed Southern food restaurant in Manhattan’s Lower East Side, will be transformed into the Powamekka Café from April 7th through 9th. Like its Fresno predecessor, it will be directly inspired from ‘Pac thanks to sketches and menu ideas that he wrote down before his death. So, hopefully, the California Love Chicken Sandwich, Hennessey Apple Butter chicken wings, a Mac-and-Cheeseburger and Thug Passion cake pops (champagne cake with Alize-flavored frosting) will return as well. 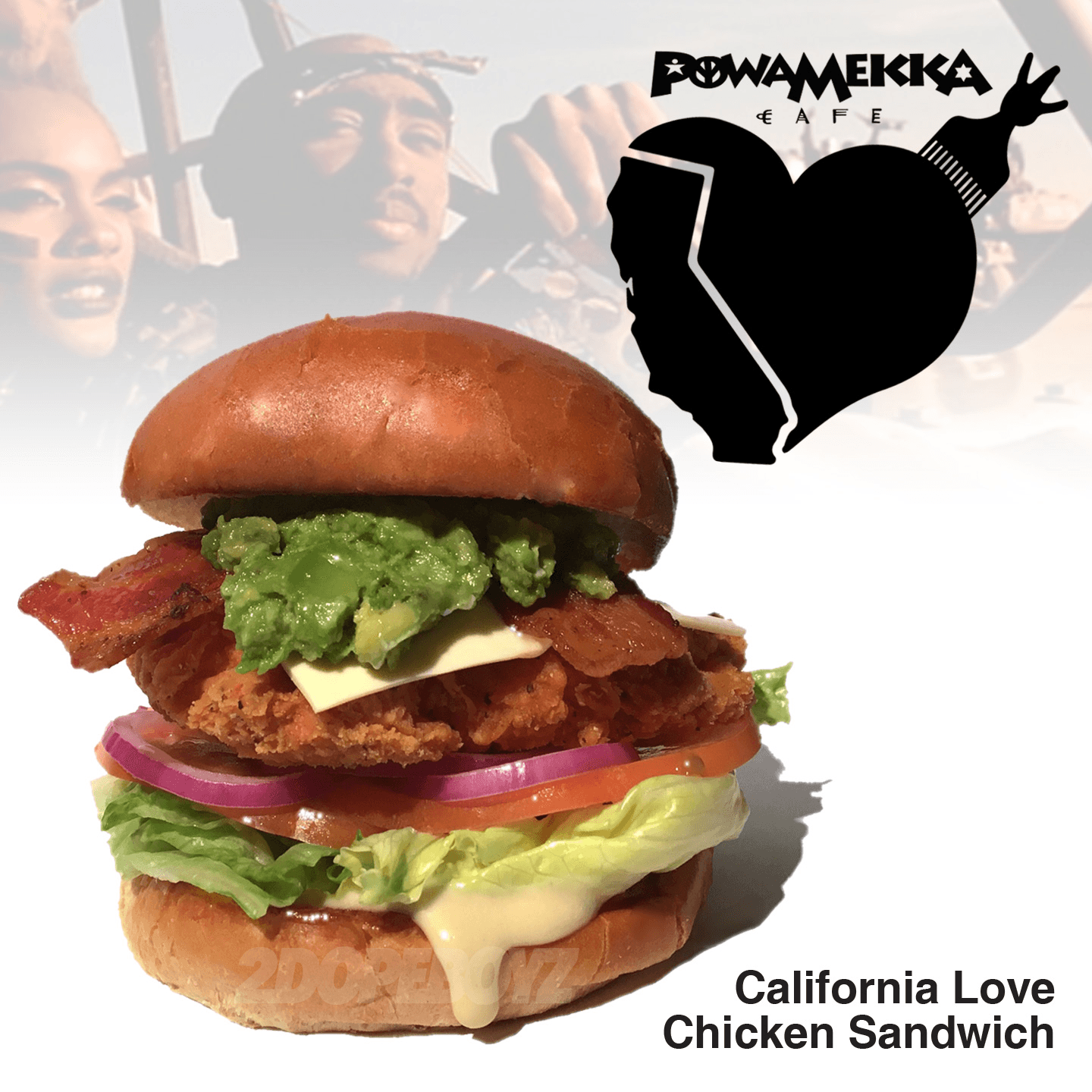 Reservations are available, but they’re more difficult to get than something from the Geto Boys x Supreme capsule collection.

The People vs. D.R.A.M.: Eat Your Vegetables & Appreciate Women