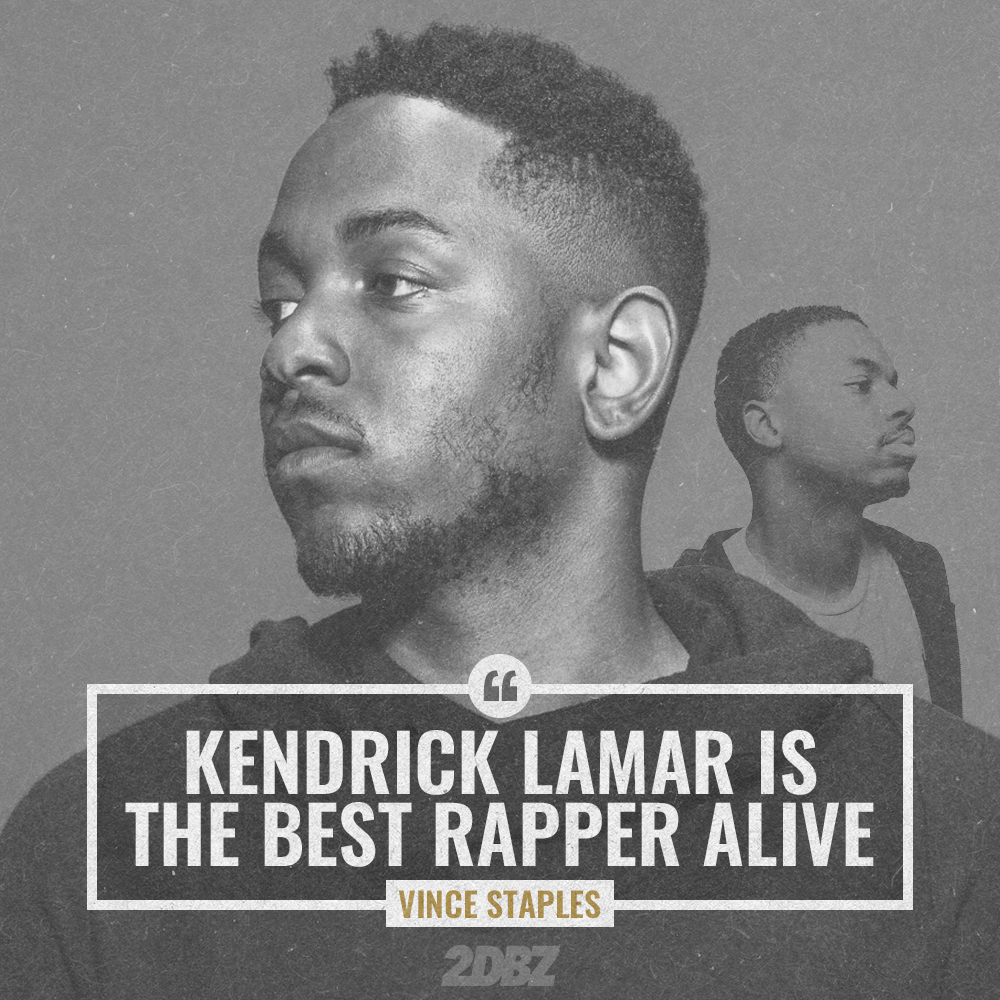 Fresh from completing his Life Aquatic Tour, Vince Staples stopped by Power 106’s The Cruz Show for some hilarious anecdotes.

After claiming to want to file a lawsuit against Frito-Lay since the company raised the price of one of his favorite snacks (“Hot Cheetos for $1.69 is gentrification”), lamenting about aspiring rappers spamming his social media with links to their music (“Just get a card made”), professing his love of VH1 reality shows and paying respects to Payless Shoes (“Aldo, TopShop and Forever 21 are the same thing”), the conversation swung to rap GOATs. While names like Eminem and Kanye West, Vince suggests that Kendrick Lamar is the current owner of the “Best Rapper Alive” title.

While that part happens at about the 24-minute mark, the entire interview should be watched below.