Each Summer, The Brooklyn Hip Hop Festival has been one of the few events that is purely hip hop and nothing else. From Kanye West (in 2011) to Nas (in 2016), the BKHHF has been a Kings County staple for over a decade.

The thirteenth installment of the Festival goes down July 10-16 at the Brooklyn Bridge Park, and the week will be closed out by its annual mega-concert that combines the past, present and future of lyricism: DMX, The LOX, Bas, Cozz, Stretch Armstrong and Bobbito, Rakim and several others are slated to appear. Uncle Ralph McDaniels and Torae are set to resume their hosting duties once again. 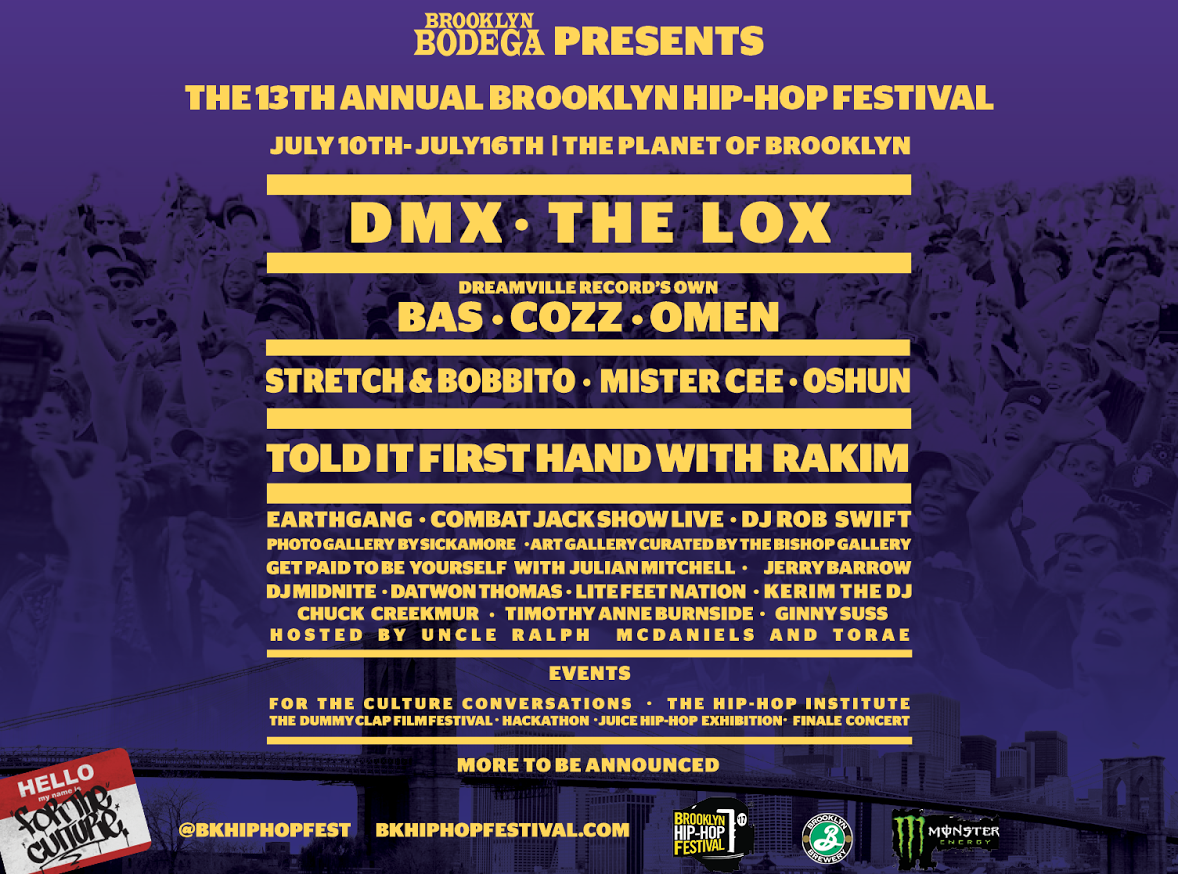