It’s decided: if there’s one festival I’d go to over the next couple months, it’s Austin City Limits. Someone hook it up with a press pass.

The two-weekend festival just announced its 2017 lineup, headlined by the likes JAY Z (with an album around the corner?) Chance the Rapper, Gorillaz, Run The Jewels, Ice Cube, Solange and more. Two of my high school loves, The Killers and Red Hot Chili Peppers, will headline the festival, too.

Taking place from October 6-8 and October 13-15, the main acts will be supported by D.R.A.M., Russ, BADBADNOTGOOD, Danny Brown, Thundercat and more. 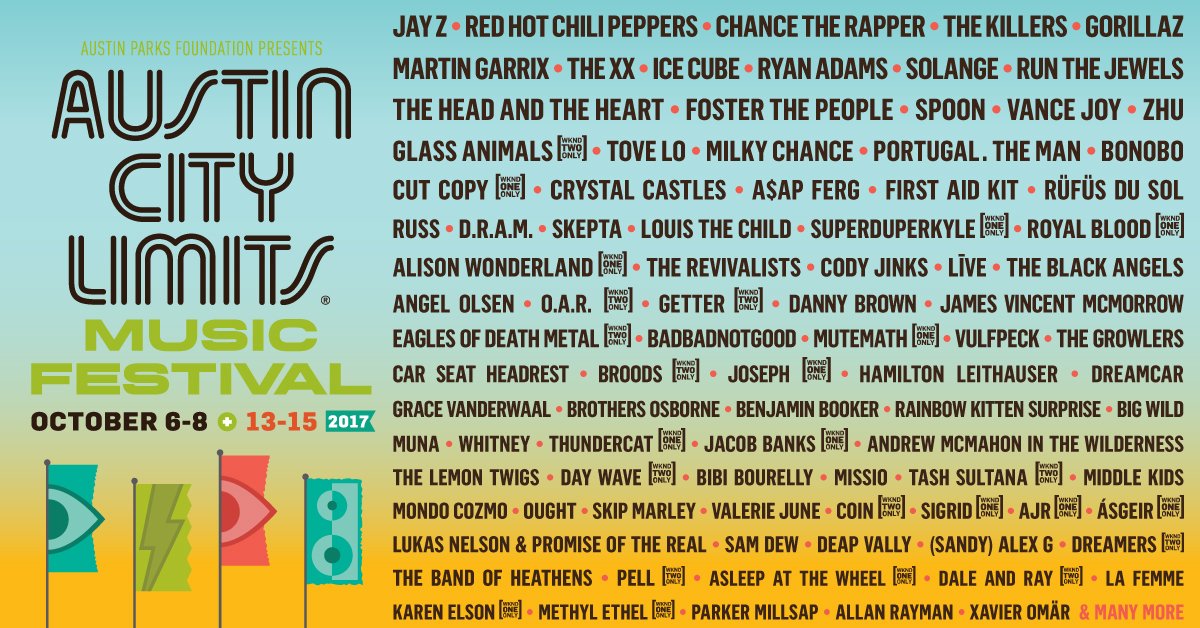 Weekend tickets are $255, and they’re on sale now on the ACL website.

Lil Yachty – “Bring It Back”