This month proved to be one of the most difficult decisions we had to make. It appeared that Kendrick Lamar was set to runaway with the honors after delivering a brilliantly passionate verse on “FEEL.” However, a late entry by Black Thought with his stellar verse on “Who Want It” gave the artist formally known as K Dot a run for his money by completely toe tagging his verse (David Banner wasn’t too shabby, either). But after some serious consideration at the DopeHouse, we decided to go with “FEEL” as the Verse Of The Month based on the masterful use of the theme. And as you can see with the fan vote, there was a dead heat between the two. Easily our toughest decision yet. 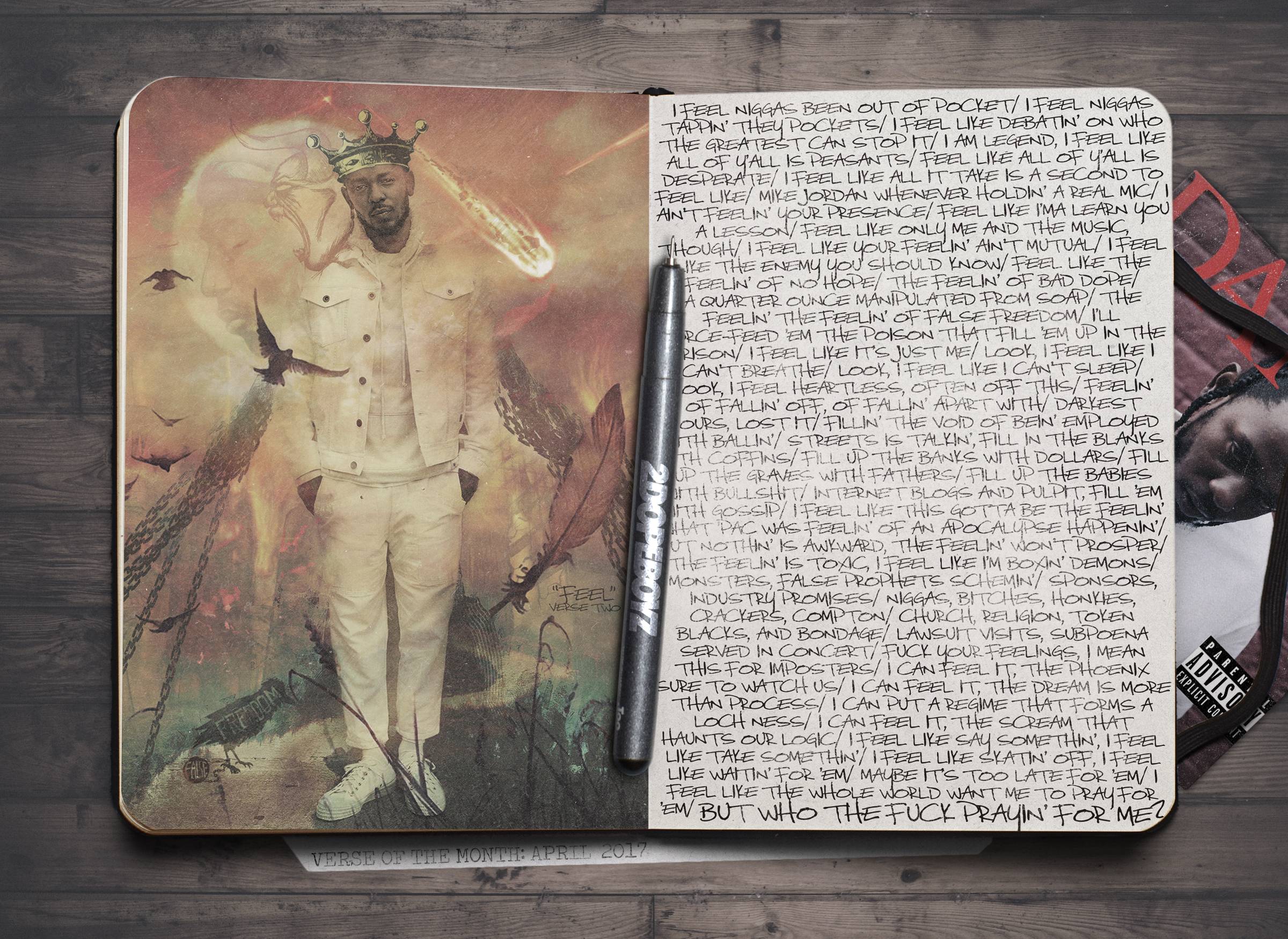 What makes the second verse of “FEEL” special is that you get some significant insight on how the TDE rapper has been handling his stardom. Although he believes his talent is a cut above, his paranoia of the territory is brilliantly verbalized. It’s evident that his spirituality is being challenged at every turn despite being one of the biggest names in the rap game. And when he cranks up the emotion on the final barrage of bars, you really have to wonder who the fuck is praying for Kendrick Lamar.

This month, we also asked viewers what their favorite verse off Kendrick’s new album was. And after a 1000+ votes, “DUCKWORTH” came out on top.

Which makes sense. Of all the songs on DAMN, nothing hit home more than the unbelievable origin story. How Kendrick managed to keep this harrowing narrative of his father and Top Dawg’s relationship that could have gone south under wraps is beyond us. Normally, an emcee spills all of the best stories on their debut project. But not Kendrick. He managed to hold this one until his fourth album. DAMN indeed.