As his album aims to make a major splash on the Billboard 200 in its opening week, Logic has announced that he will spend his summer on the road in support of Everybody.

Named the appropriately-titled Everybody Tour, Logic will kick off his 29-date tour July 7th in Salt Lake City and will hit cities like Los Angeles, Chicago and Atlanta, before ending things in Toronto on August 26th. Joining Logic throughout the adventure will be both Big Lenbo and Joey Bada$$. 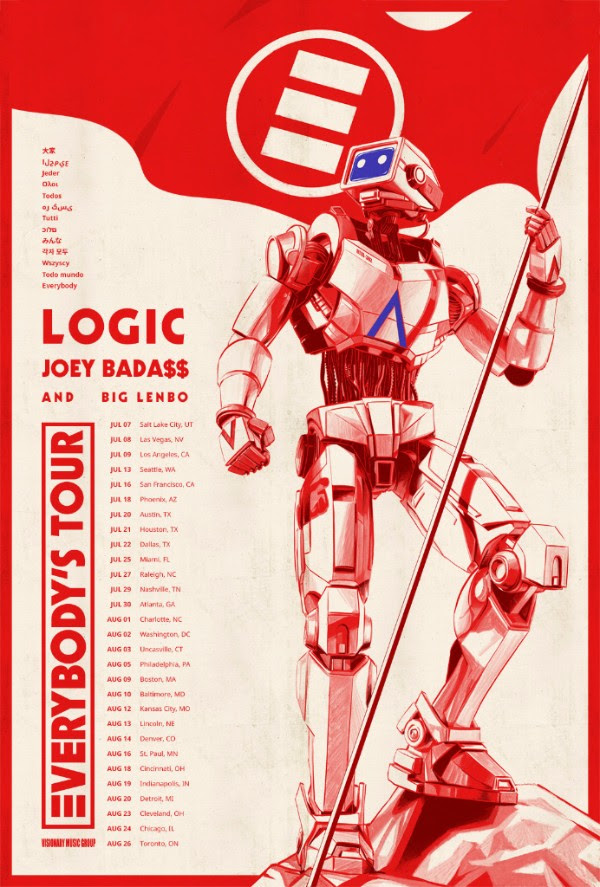 Tickets go on sale May 15th.

Upon releasing his album, Logic also dropped a 45-minute documentary chronicling the making of Everybody. While the documentary was available to those who purchased the deluxe edition of the album, a brief preview can be seen below.