Despite the fact the world is going to end, the Gorillaz will still go on tour to support their upcoming album, Humanz, anyway.

The virtual band will start their 2017 touring schedule in July with a ahndful of dates in the northeast before hitting a couple music festivals over August and September before returning to the road in cities like Detroit, Atlanta, Seattle, Los Angeles and Miami (where they’ll headline the IIIPoints festival).

Tickets for the non-festival shows will be announced soon, and there will be bundle options available when you buy the album, too. Check out the Gorillaz’s website for more information.

UPDATE (5/25): A month after the announcement, Gorillaz have announced special guests Danny Brown and Vince Staples will join in on the journey. They both appeared on the album, and both are slated to rock the Demon Days festival, so it only makes sense they up the ante. 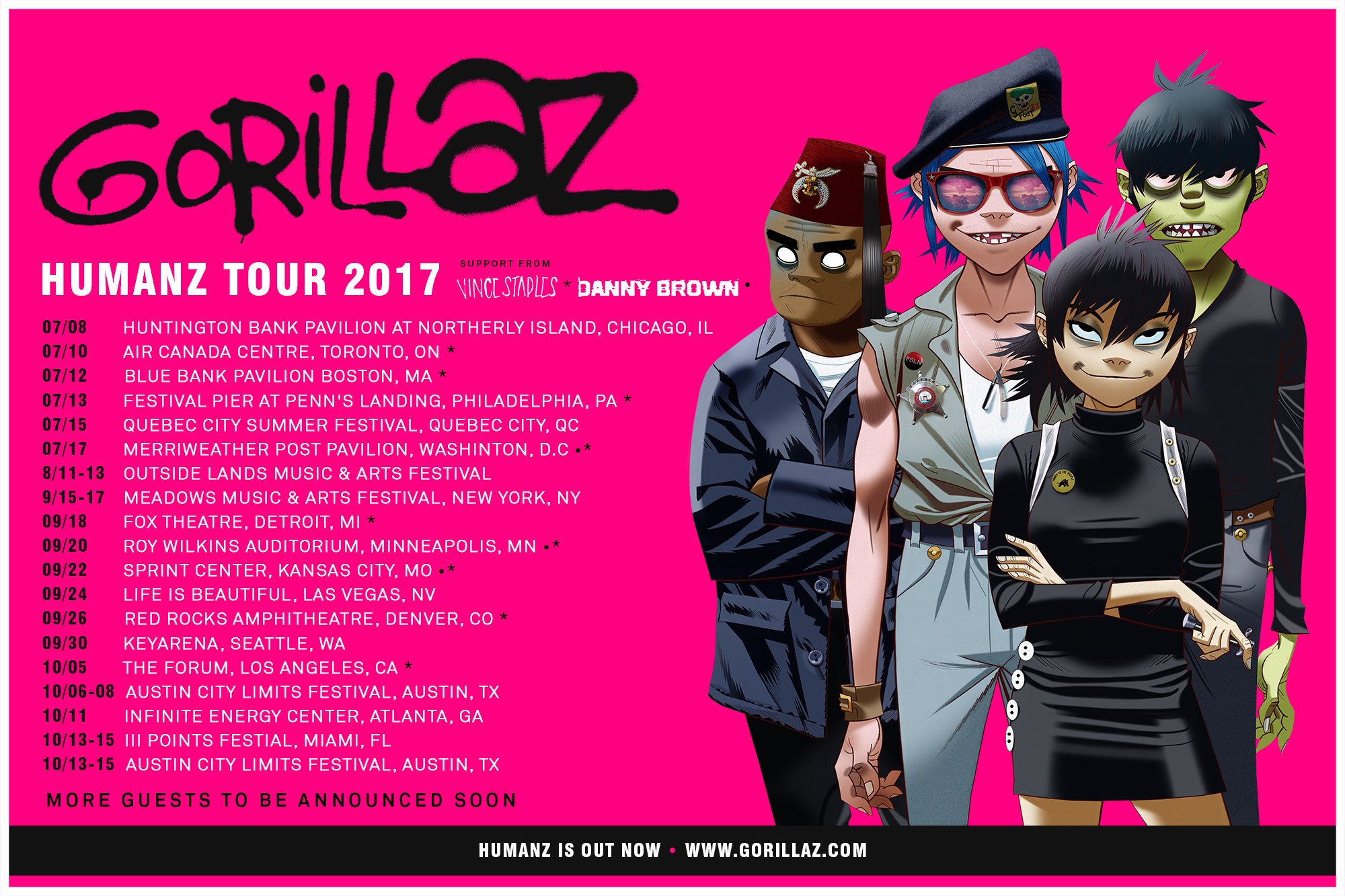